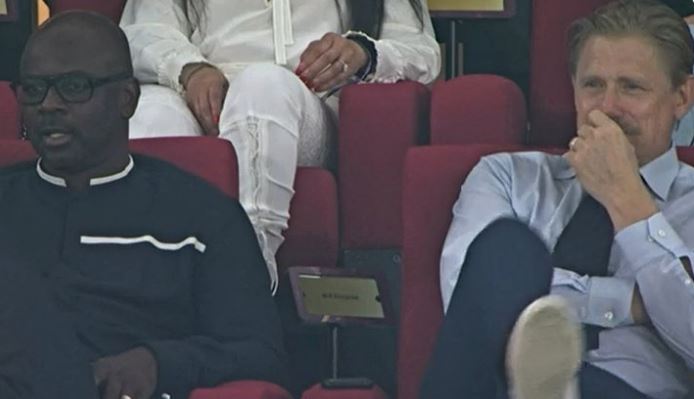 Marcus Thuram and Kasper Schmeichel, sons of the France and Denmark legends, met on the pitch yesterday in a game won 2-1 by Les Blues thanks to a brace of Kylian Mbappé.

Thuram, a former Parma and Juventus defender who won the World Cup in 1998, sat next to Schmeichel in the stands and the picture has quickly gone viral on social media.

The ex-France defender played 307 games in Serie A, scoring two goals and is regarded as one of the most iconic players in the history of the Italian league.