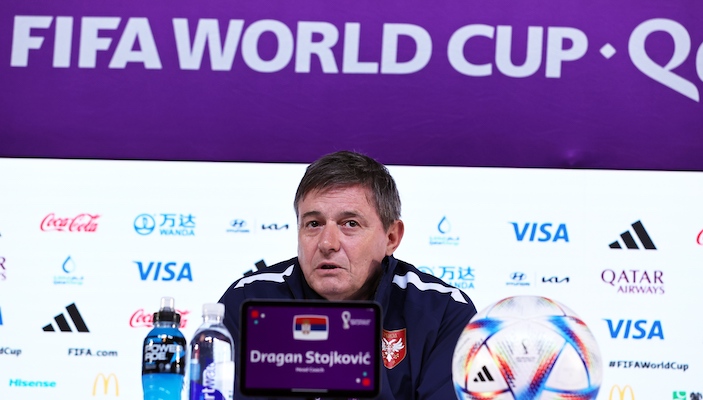 The Selecao flew to a fun 2-0 win over Serbia in their Group G clash yesterday, with a classy brace from Richarlison kicking off Brazil’s tournament in the finest fashion. The pressure is now on Stojkovic and Serbia to secure positive results in their remaining two group games against Cameroon and Switzerland.

Speaking to TV Arena after the loss to Brazil, Stojkovic reacted to Serbia’s defeat and commented on the conditions of Vlahovic and Kostic.

“The key is all in the second half, physically we were not able to impose ourselves. Brazil are too good not to take advantage of it. In the first half we were more solid, more united.

“We must also consider the three key players who were not at the top, namely Vlahovic, Mitrovic and Kostic. However Brazil won deservedly, they dominated in the second half.

“I’m sorry we didn’t have everyone at the top, it’s not a tactical issue, we have a few days to recover and to prepare for the decisive matches. Hopefully we can count on Kostic.”

The 22-year-old Vlahovic has had a decent start to the season with Juventus, scoring seven goals in 15 games across all competitions, but came into this international break nursing an injury. The former Fiorentina striker missed the Bianconeri’s last five consecutive games due to an adductor issue.

Kostic has featured consistently under Massimiliano Allegri this season, appearing in all of Juventus’ games across Serie A and the Champions League.