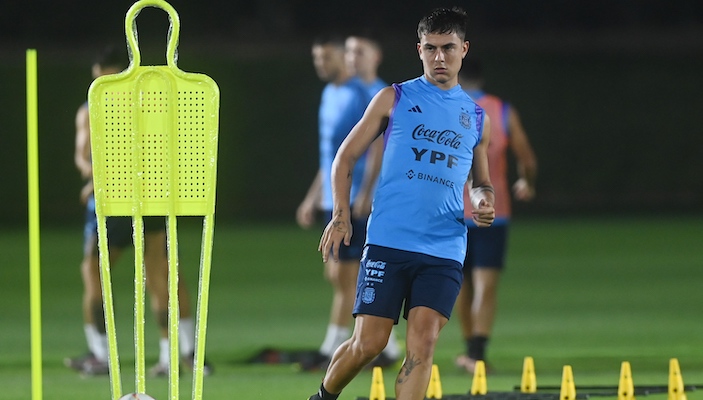 Argentina coach Lionel Scaloni confirmed the fitness of Paulo Dybala, explaining his lack of minutes at the World Cup being a ‘tactical decision’.

There were fears that the 29-year-old Roma forward would not be able to compete in the World Cup in Qatar after suffering a hamstring injury in October, an issue that forced him to miss five consecutive matches.

Dybala made a brief return in Roma’s final game of 2022 against Torino and still hasn’t seen a single minute of action in Qatar, remaining on the bench for the games against Saudi Arabia and Mexico.

Speaking in a press conference, Scaloni discussed Dybala’s lack of minutes, confirming that the Roma forward was not injured.

“If he is out, it’s only a tactical decision. Paulo is fine, he is supporting the group from the outside.

“Obviously he would like to play more, but it’s not certain that this won’t happen in the next World Cup matches.”

The 29-year-old Dybala has made 34 caps for Argentina since his debut in October 2015, scoring three goals and providing six assists in that time. He’ll be hoping to feature in Argentina’s final group game against Poland tomorrow.