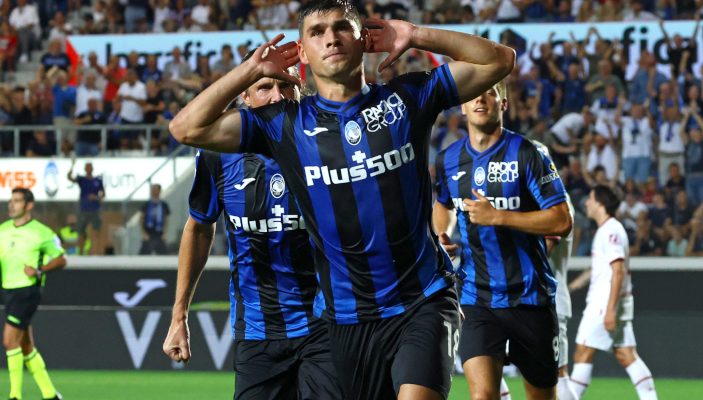 Antonio Conte’s Tottenham have been linked with out-of-favour Atalanta star Ruslan Malinovskyi and there’s more than a reason why a deal can be finalised in January.

The Ukraine international’s contract runs out in June 2023 and he’s unlikely to sign a new agreement with La Dea.

He’s played a key role in Atalanta’s development in Italy and Europe since his €13m move from Genk in 2019 but is no longer a regular starter under Gian Piero Gasperini.

Despite making 14 appearances for La Dea this season, Malinovskyi has only played 540 minutes so far, starting five matches.

He seems not to be on good terms with Gasp who claimed in August that Atalanta “were looking for a player who could score more than six goals.”

The 29-year-old has scored one goal and delivered two assists this season and a sale in January seems on the cards with Conte’s Tottenham reportedly interested in securing his signature during the winter transfer window.

Less than a month ago, Malinovskyi’s wife Roksana complained about her husband’s playing time at the Gewiss Stadium.

“He is in the best form of his life and is following a new diet,” she wrote in an Instagram story which she cancelled after a few hours.

“He feels so well during training sessions, so the question about why he doesn’t play regularly is not for me.

“I remember the good times when he was playing 90 minutes twice a week, he’s become a champion and we are looking forward to the future.”