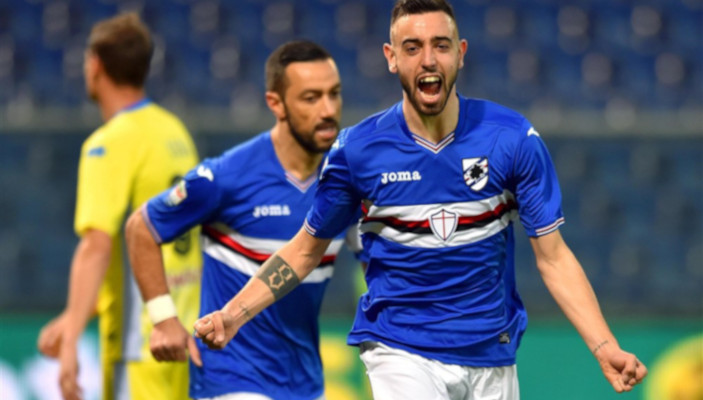 Both midfielders are playing in the Premier League, Bruno for Manchester United and Bentancur for Antonio Conte’s Tottenham, but spent several years in Italy before moving to England.

Oddo, a 2006 Italy World Cup winner, and a former coach of Pescara, Udinese, Crotone, Perugia and Padova, was asked by La Gazzetta Dello Sport why Serie A clubs didn’t believe in the pair when they were playing in the Peninsula.

“It happens, it’s not just the fault of coaches or scouts. One can understand the talent, not predict the future,” the ex-defender said.

“I played with Alberto Gilardino at Verona and I’d have never gambled a penny on him. Genoa could have signed Robert Lewandowski but were not convinced.

“Italian clubs didn’t entirely believe in Fernandes, that’s true, but he even returned to Portugal and then something changed. Environment, language, style of football, who knows…

“He is a versatile talent, he can play as a Mezzala, but I also see him in front of defence. A bit like Rodrigo De Paul, who played as an attacking midfielder when I was in charge of Udinese,” he continued.

“Now he plays in central midfield, even if I’ve seen him struggle with Argentina in that position.”

Bentancur joined Tottenham this past January after a five-year spell at Juventus and has already scored more goals in North London – five in 26 matches – than in Turin, where he bagged three goals in 181 appearances.

“Bentancur was different in the last few years. Honestly, I would have sold him for a good offer,” admitted Oddo.

“Italian clubs are not the only ones making mistakes, sometimes foreign clubs make errors as well, selling important players to our teams.

“To me, Bentancur is not a Mezzala (the Italian word for box-to-box midfielder), not even a playmaker. He is solid and tough, Tottenham’s two-man midfield is perfect for him.”