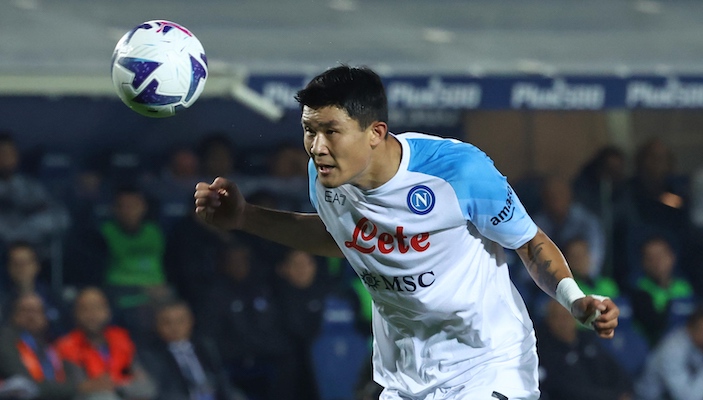 Rumours in England suggest that Manchester United and Tottenham are keen to make a move for Napoli defender Kim Min-Jae but it won’t be easy for the Premier League giants.

The Partenopei signed the 26-year-old Korean centre back from Fenerbahce in the summer in a deal worth around €18.05m, tying him down to a three-year contract with an option for a further two years. Kim immediately hit the ground running in Italy and looks to be one of the best defenders in the league, attracting the attention of clubs across Europe.

Over the last few weeks, rumours from Italy and England have started linking multiple Premier League clubs, including Manchester United and Tottenham, with a move for Kim. The 26-year-old clearly has big career aspirations but a deal may be impossible for either club to reach in the near future.

Kim’s current Napoli contract contains an interesting release clause, which varies from €40m to €80m, depending on the revenue of the purchasing club. The clause is also only valid from July 1 to 15.

Sky Sports Italia reported that Napoli are currently in the process of tying down Kim to a new dea and are planning to either alter or remove the release clause entirely, further protecting their asset.