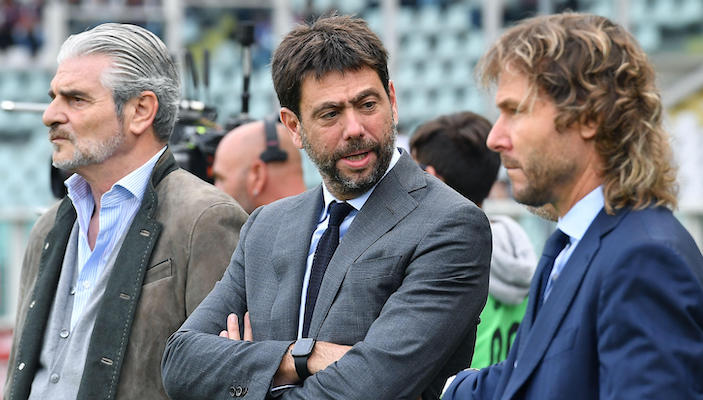 Juventus have announced that the new Board of Directors will not be appointed until January 18, so that will mean most of the transfer window with nobody ready to make big decisions.

If Max Allegri and the Bianconeri fans were expecting important changes to their squad during the mid-season session, that now seems highly improbable.

The entire Board of Directors resigned this evening amid the financial investigation into inflated transfer fees and above all the ‘hidden’ payment of wages to the players.

Only CEO Maurizio Arrivabene remains on a temporary basis, while the new director general is Maurizio Scanavino.

Effectively, that means Juventus have no President in charge until near the end of the January transfer window and big investments are improbable during such a chaotic period for the club.

There is also a sign of trouble in the statement, noting one member of the Board of Directors resigned separately from the others.

Daniela Marilungo, who had been part of the board for seven months, decided to resign because she “claimed she was not in a position to act fully informed on the complex issues.”

Juventus were already struggling to balance the books and posting record losses in recent months, so cannot afford to spend too much on the transfer market when we still do not know the repercussions of the investigation or how the audit will change the state of the club’s finances.

4 Comments on “Why Juventus chaos will ruin January transfer plans”