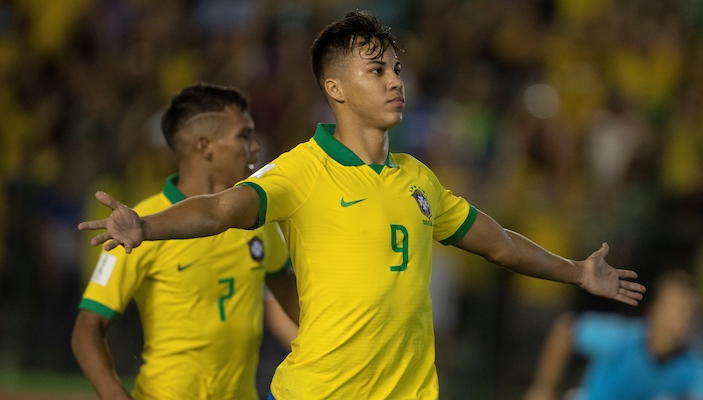 Juventus fans were excited to see the arrival of highly touted youngster Kaio Jorge last year but the Brazilian has hardly made an impact in Turin.

The Bianconeri picked up the now 20-year-old forward from Santos in the summer of 2021 in a deal worth around €3m, adding an exciting prospect to their squad. Kaio Jorge had attracted the attention of a number of European clubs during his time in Brazil but Juventus managed to beat out the competition for his signature.

Since his arrival, Kaio Jorge has only made 11 appearances for Juventus, playing 124 minutes of action total for the club. So why has the Brazilian talent failed to make an impact at Juventus?

Calciomercato.com details how Kaio Jorge suffered a patellar tendon rupture in his right knee whilst playing for the Juventus U23 squad in a game against Pro Patria back in February of this year.

He has been sidelined with the injury ever since, missing 37 games and 266 days of action. Luckily for the 20-year-old, the worst is behind him and he may return to the pitch next month.

Kaio Jorge could gradually start returning to training from December 6 onwards, slowly building up his match fitness after 10 months on the sidelines. Whilst he won’t be 100% fit until March, it will finally allow him to start working on the pitch again after so long out.

Juventus now need to decide what to do with the 20-year-old Brazilian forward; plenty of teams are interested in picking him up on loan but he could also stay in the Bianconeri environment, either with the first team or the Next Gen squad.

4 Comments on “What’s next for Juventus talent Kaio Jorge?”