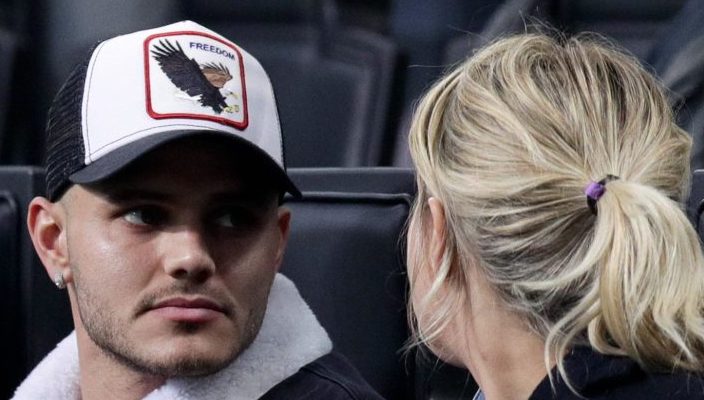 Wanda Nara confirms she broke up with Mauro Icardi, adding that it was ‘easier’ to blame here for his Inter exit.

Wanda Nara had been Icardi’s agent for many years. She had broken up with her first husband, Maxi Lopez when Icardi was playing for Sampdoria before his move to Inter in 2013. It caused outrage in Italy because Lopez was a close friend of Maurito.

“Mauro asked me to become his agent and I’ve become quite good in adding or cancelling clauses,” Wanda told Vanity Fair.

“I have personality and cleverness, but I am the quiet person, he has a strong personality.”

Icardi left Inter for PSG in 2019 after his rapport with coach Luciano Spalletti and the rest of the team collapsed. He first joined the Ligue 1 giants on loan before a permanent €50m move in 2020.

“He did all on his own,” claimed Wanda. “I was putting on paper his desires. Of course, it’s easier to blame a girl, especially in a sexist world like football. A few years ago, I had to send a man to replace me to sign a contract because a club president refused to deal with a woman.”

Icardi scored 124 goals in 219 appearances with the Nerazzurri, becoming their captain in 2015.

Wanda confirmed she has now broken up with her husband: “It’s rare to see a footballer’s wife work. I’ve taken care of my children and my husband for a long time, but now I want my time back and continue to follow my profession,” she said.

“I’ve been offered many roles in TV in Argentina, but Mauro didn’t like it. It doesn’t mean that I would ignore my family. Mauro trains for two hours a day and he could help me, but he didn’t like the idea of not seeing me focused on the family.

“On the other hand, I think that independence is vital. Mauro keeps trying to reconquer me. The other day he picked me up at the airport with a car full of flowers and took me out for dinner saying ‘I won’t give up.’

“However, I know already that if we are back together and I receive a new offer, it will start all over again.”

Icardi, 29, joined Galatasaray on loan from PSG last summer and has scored four goals in six appearances in the Turkish Super Lig.

His contract at the Parc des Princes runs out in June 2024.