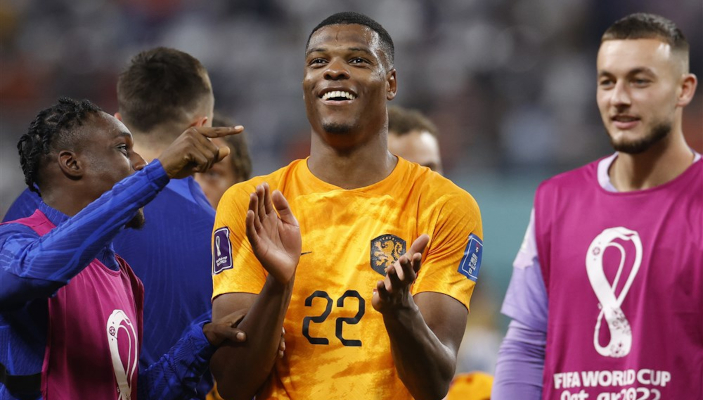 Inter wing-back Denzel Dumfries made such an impressive performance at the World Cup that Netherlands coach Louis van Gaal showed his appreciation with ‘a big fat kiss.’

Dumfries was named Man of the Match after a 3-1 victory over USA this afternoon, having provided two assists for Memphis Depay and Daley Blind before scoring the third himself on the volley.

It was a vast improvement on his showing in the group stage of the World Cup and coach Van Gaal revealed the secret to this turnaround.

“I gave him a big fat kiss the other day and I’m going to give him another one so everyone can see it,” said the tactician before planting a smacker on his cheek.

Dumfries had a good laugh about it, but also went back over the media coverage of his first few games.

“We received a lot of criticism lately and this match is a good boost both for me and for Blind. Van Gaal was critical about us at half-time, despite the fact we were 2-0 up. He told us we were too passive and had to press more.”