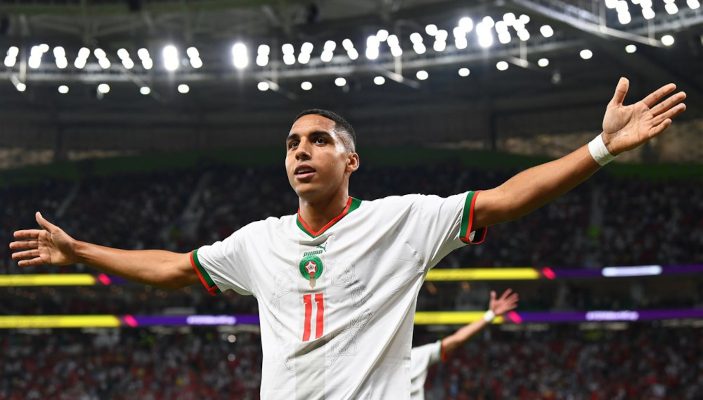 Sampdoria midfielder Abdelhamid Sabiri has given Morocco the lead against Belgium in the 2022 World Cup with a cheeky set play, a reminder of just why he is attracting so much January transfer window interest.

He will turn 26 tomorrow and gave himself a huge birthday present by curling in a free kick directly from the left wing, practically a short corner.

It surprised Thibaut Courtois at the near post with a little help from Romain Saiss, who didn’t make contact with the ball and managed to avoid the offside trap.

Sabiri had only been on the pitch for five minutes after coming off the bench.

Sampdoria have been positively awful in Serie A this season, but Sabiri was one of the few bright lights after his €1m transfer from Ascoli.

He contributed two goals and an assist in 13 appearances for the Blucerchiati between Serie A and the Coppa Italia, including an absolute scorcher against Spezia.

Sabiri has been linked with a potential transfer in the January window for Fiorentina and Milan, so this goal will further raise his profile and price-tag.