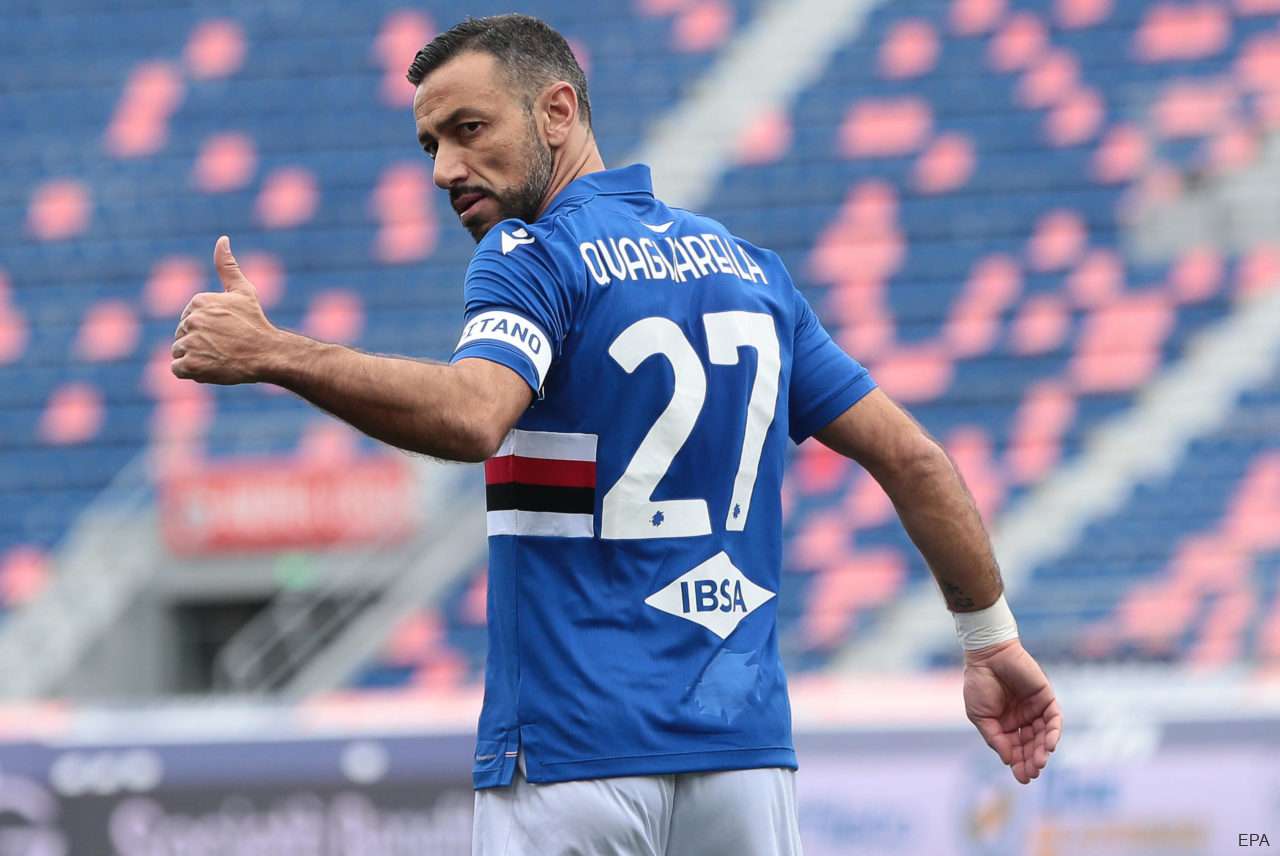 Fabio Quagliarella saw a ridiculous moment of skill ruled out by the offside flag, but the Sampdoria striker showed at the age of 38 he can still turn on the magic.

The veteran thought he had equalised after an early Alessandria opener in tonight’s Coppa Italia First Round tie at Marassi.

It was a ball floated over the top and he cheekily flicked it off the outside of the right boot, looping the finish over the helpless goalkeeper.

Unfortunately for Quagliarella, Samp and the Puskas Award, he was very narrowly offside and the goal did not count.

An absolutely frantic start at Marassi! 🔥

And then Fabio Quagliarella produced this piece of genius only for it to be ruled out for offside 🤯 pic.twitter.com/QMtqVu03M6

A few minutes later, Quagliarella did get the equaliser with a not dissimilar effort.

A must watch second half coming up 🍿 pic.twitter.com/w9CJbNQZ4i