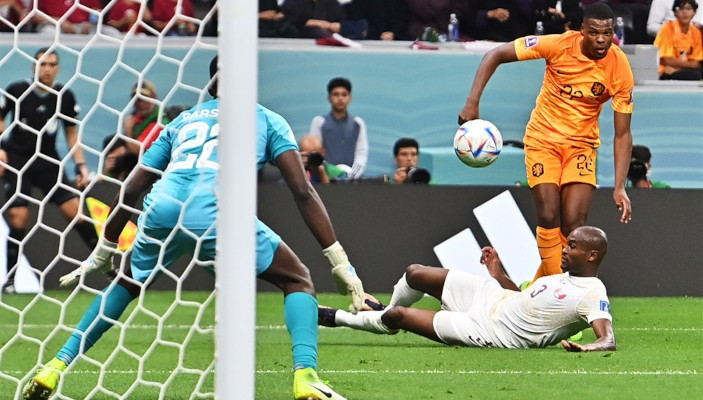 Inter wing-back Denzel Dumfries delivered an assist for Memphis Depay’s opener against the USA in the first match of the World Cup Round of 16.

The Dutch defender is one of the four Serie A players starting at the Khalifa International Stadium. Atalanta midfielder Marten de Roon joined him in the Netherlands’ starting XI against Weston McKennie and Sergino Dest’s USA.

The Netherlands broke the deadlock at minute 10 through Depay. The Barcelona striker steered inside the net a perfectly-timed pass coming from Dumfries on the right.

Watch the video below:

One Comment on “Video: Dumfries’ assist for Depay helps Netherlands take the lead against USA”