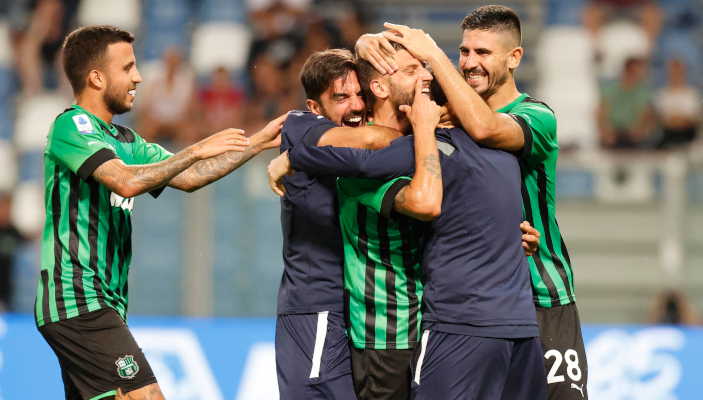 Domenico Berardi celebrated his new Sassuolo contract in style by winning the game against Lecce with an astonishing volley. ‘The heart wants what it wants.’

The captain has spent his entire career in the Neroverdi jersey, even famously turning down a move to Juventus when he was in a co-ownership deal.

Over the last few summers there have been repeated rumours of an exit, with Fiorentina, Juventus, Napoli, Roma and Milan all linked.

Instead, this week he put pen to paper on a new contract to June 2027, effectively committing the rest of his career to the club.

Berardi celebrated in style with a magnificent volley to beat Lecce 1-0 at the Mapei Stadium.

“This is a family for me, I stayed because they gave embraced and looked after me since I was a child,” Berardi told DAZN.

“The heart wants what it wants. It has been a good week.”