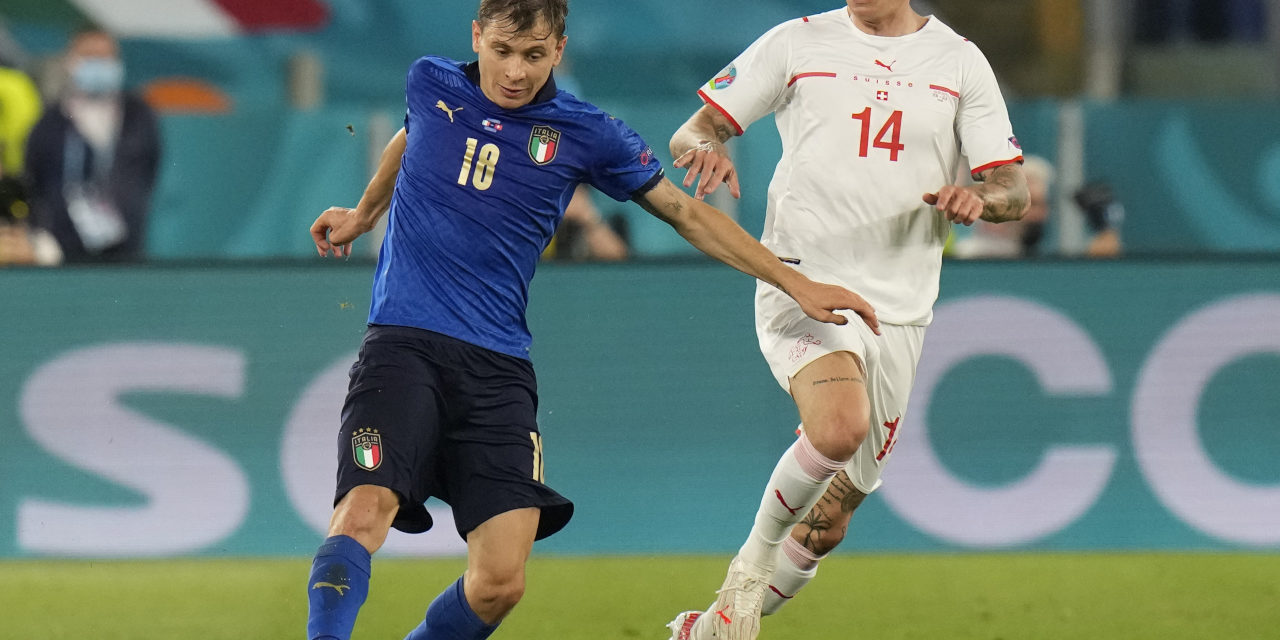 There’s a video showing Nicolò Barella trolling his compatriot Manuel Locatelli while the latter is giving an interview to Sky Sport after being named MVP in Italy vs. Switzerland.

Locatelli scored twice in the Azzurri’s 3-0 win against Switzerland on Wednesday.

The Sassuolo midfielder was named MVP of the game, but the most difficult part came after the final whistle when Inter midfielder Nicolò Barella tried to disturb him during a live interview with Sky Sport Italia.

Locatelli was replying to the journalists’ questions holding the MVP award while Barella was laughing at him and joking with Domenico Berardi.

Barella moved his hands in a typical Italian way, apparently asking Berardi: ‘What is he doing?’

Italy booked their place for the Euro 2020 Round of 16 with a game to spare and will win their group if they don’t lose against Wales on Sunday.