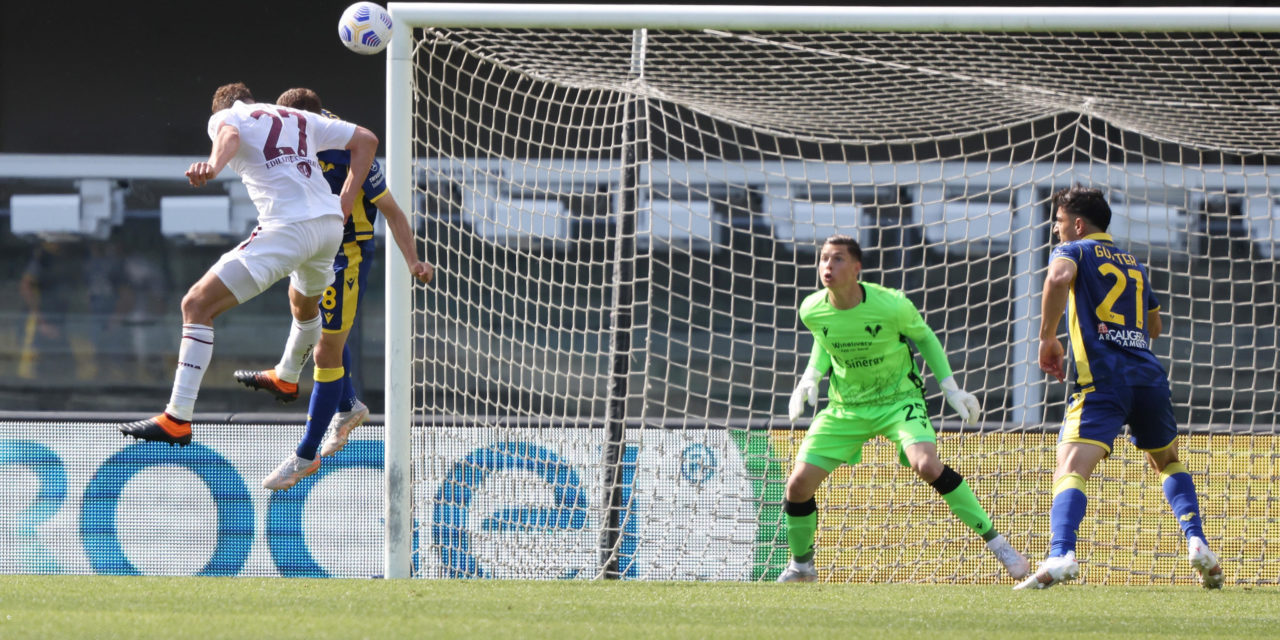 It all happened in the final minutes, as Verona fought back after a Mergim Vojvoda header to keep Torino a little nervous.

While Hellas were comfortably mid-table and looking to the future by rotating the squad, Toro were still hovering only three points clear of the relegation zone. Armando Izzo was ruled out by injury, while Adrien Tameze sat out a ban for Verona.

Eddie Salcedo saw his free header beaten off the line by Salvatore Sirigu after a Mattia Zaccagni cross, but Toro saw Cristian Ansaldi’s attempt surprise Ivor Pandur only for Ivan Ilic to clear off the line.

Zaccagni tested Sirigu and Darko Lazovic hit the side-netting after shaking off Nicolas Nkoulou. Straight after the restart, Sirigu used his legs to deny Zaccagni at the near post.

Salcedo’s effort wasn’t far off target, while Pandur was alert to push away the Andrea Belotti left-foot strike on Daniele Baselli’s assist.

Sirigu flew for a one-handed save on Kevin Lasagna’s left-foot curler and Bremer was at full stretch to stop Lasagna sending Ebrima Colley clear.

Federico Bonazzoli also tested Pandur before Toro found the breakthrough with a Mergim Vojvoda towering header on Ansaldi’s cross. It sparked wild celebrations from the Granata, who thought this was the decisive step towards Serie A safety.

However, moments later it was 1-1, as the ball was passed from right to left, Ilic laying it off for Federico Dimarco’s powerful left-foot finish from the edge of the box.

The result isn’t too bad in the grand scheme of things for Torino, as Benevento lost 3-1 at home to Cagliari.