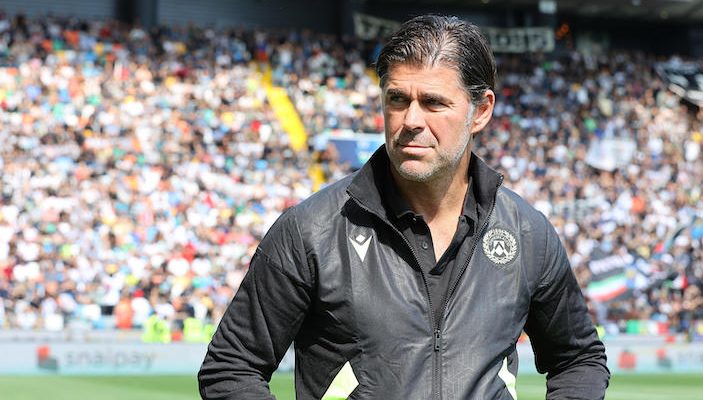 Andrea Sottil has been awarded the Serie A Coach of the Month award for September after Udinese’s incredible start to the season.

The Bianconeri currently sit third in the Serie A table after the first seven games of the season, picking up 16 points from five wins and one draw. The Friulian side have secured victories over tough opponents like Inter, Roma, Sassuolo and Fiorentina, only losing to Milan on the opening day.

As announced by Lega Serie A, Sottil has received the Serie A Coach of the Month for September, which’ll be presented ahead of Udinese’s match against Atalanta on October 9.

Lega Serie A CEO Luigi De Siervo explained why Sottil was given the award, pointing to Udinese’s impressive start to the season.

‘At his debut in Serie A Andrea Sottil is immediately proving to be a prepared coach and a great motivator, capable of fielding excellently organised teams.

“One of the most beautiful surprises of this beginning of the season is certainly the Udinese of Sottil, a coach who has been able to repay the trust of the club.

“The three wins in three matches in the month of September, with no less than 10 goals scored against opponents of the calibre of Roma, Sassuolo and Inter, are proof of the excellent work carried out by the coach from Piedmont and his staff.”

The 48-year-old Sottil filled the void left behind after Gabriele Cioffi’s move to Hellas Verona in June. Prior to his time with Udinese, the Italian coach spent 18-months with Serie B side Ascoli, where he averaged 1.61 points per match across 64 games.