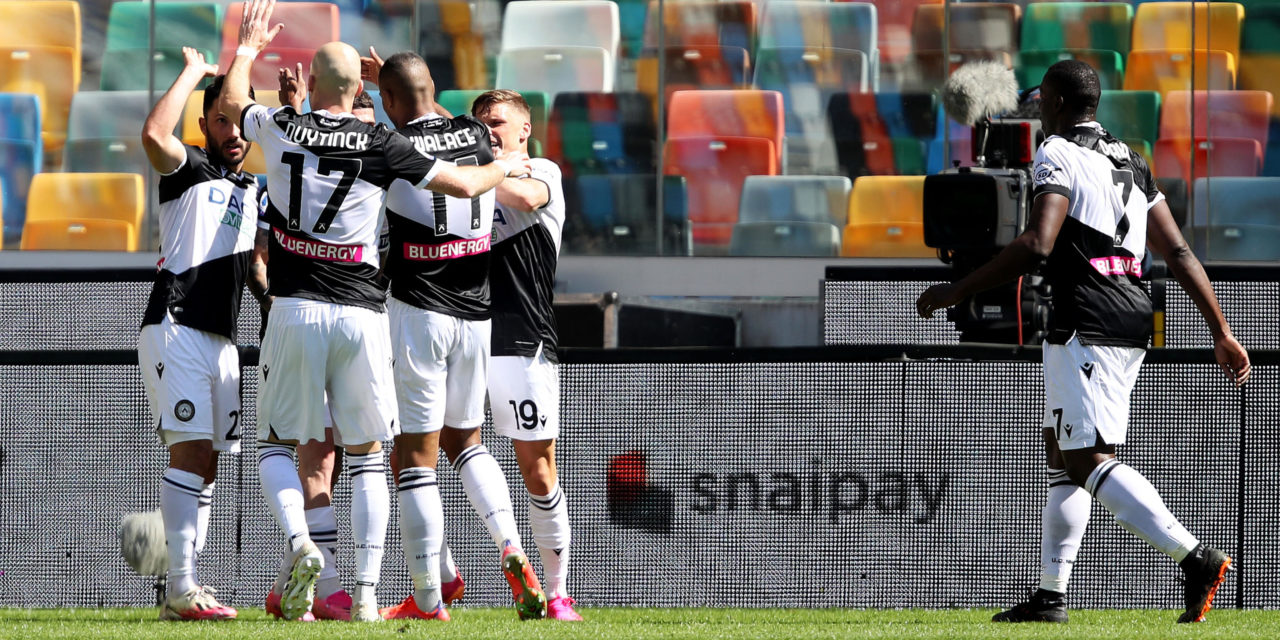 A Riccardo Orsolini penalty cancelled out the impressive Rodrigo De Paul solo effort, as Udinese and Bologna shared the points.

Both sides were practically already safe, sitting together on 39 points in mid-table. The Friulani’s injury crisis showed no signs of slowing, with Ilija Nestorovski, Gerard Deulofeu, Jayden Braaf, Ignacio Pussetto and Mato Jajalo out for the rest of the season. The visitors missed Federico Santander, Aaron Hickey, Gary Medel and Nico Dominguez.

Rodrigo De Paul broke the deadlock with pure style, as he won the ball back in midfield, went on a slalom through defenders and anticipated the goalkeeper with a delightful dink off the outside of the boot.

Udinese lost Rodrigo Becao to a groin strain, but there was a huge double chance for Bologna on the stroke of half-time. Roberto Soriano caught De Paul in possession and surged forward, as Juan Musso made a save on both his finish and crucially the Rodrigo Palacio follow-up.

After the restart, Takehiro Tomiyasu’s scorching strike skimmed the upright, while Adama Soumaoro nodded a free kick wide at the back post.

Tolgay Arslan saw his cross only fingertipped away, prompting a scramble in the box, then Mitchell Dijks timed his sliding tackle perfectly on Nahuel Molina.

Bologna received a penalty when Musso rushed off his line to bring down Palacio, and it was converted into the near bottom corner by Riccardo Orsolini to equalise. Incredibly, that was the 12th penalty conceded by Udinese this season.

The Rossoblu looked stronger as the game wore on and Musso had to fingertip a long-range Matias Svanberg rocket round the post.