Totti relives Roma Scudetto: ‘There were tears in the curva’ | Gladiator extract 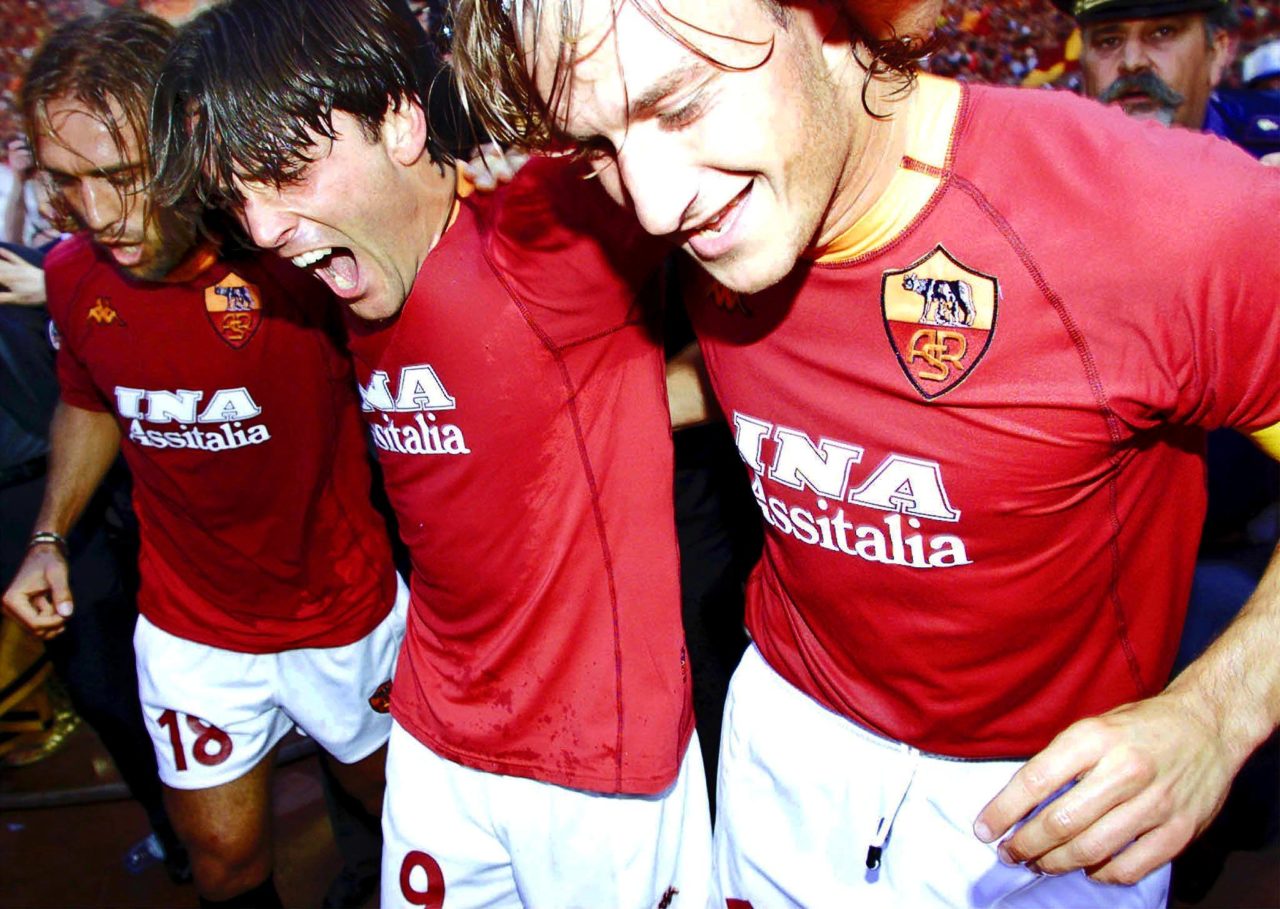 In this extract from his new autobiography, Gladiator, Francesco Totti recalls the joy of winning the Scudetto in 2001 with a final day victory over Parma.

Enter Football Italia’s competition to win a copy of Gladiator.

At kick-off, I had the feeling that I wasn’t at the centre of the pitch but at the centre of the world. It was enough to make my head hurt, but referee Stefano Braschi’s whistle finally stopped the whirlwind of thoughts that had lasted a whole week. Running, kicking, fighting, falling, striking: I’d never needed the physicality of a match so much.

We started slightly in neutral: you could hear the engine accelerating but it hadn’t been put into gear properly, there were a few transmission problems between the different parts. We needed to play shorter, getting closer to each other so we didn’t misplace our passes. 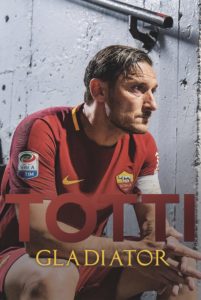 Capello shouted as much as usual, if not more. He wanted to correct our weak points immediately to avoid us using up too much energy in the recovery phase. It was a killer heat, the heat that’s often waiting for you as the second half begins, and especially the last twenty minutes, when there’s the risk of undoing all the running done in the first half in one fell swoop. Parma played their game without hesitation. They were a strong side and they wanted to show that, especially their former Lazio players. As expected. On the plus side was the fact that, not having any league objectives, they played openly. They didn’t raise the barricades; they wanted to take away the satisfaction of winning in the title hopefuls’ back yard. So, when we got the ball back, we found large enough spaces to get going again; even I managed my 30-metre bursts forward with the ball at my feet without finding three players trying to foul me along the way.

The first real chance fell to Montella from a ball from Candela, but his angled shot hit the post. At the same time there was a prolonged murmur among the people, a sound that had the same frequency as the Mexican wave, but it was no celebration. I didn’t pay any heed to it until Cafu, playing on the wing by the technical area and so the one who had access to the news, told me that David Trezeguet had scored in Turin. Widely expected, no one thought that Juve wouldn’t win, but it was still a goal that raised the level of pressure a notch. If it ended like this, there would be a playoff.

We knew we had to win, now the time to do that had got a little bit shorter. After a quarter of an hour, it was still 0-0. At least we hadn’t gone behind, as we had too many times this year.

It was in this context of stress that was building, but hadn’t yet exploded, that the goal of my life was born. Not the most beautiful – however good it was – but the leap my heart took at that moment is only behind the birth of my children, and not by much. There was a long ball from Tommasi from the centre out towards the left. Candela controlled the ball after an opponent’s header. There was a touch back from him towards the centre of the box, an action repeated so many times that we could have repeated it with our eyes closed by then. This time, though, there was something different: Montella. Delvecchio was elsewhere. Vincenzo, who was a centre forward at heart, inevitably got onto the pass’s trajectory. I was charging in at full speed and shouted ‘Mine’ even though Montella had somehow sensed my presence, and a moment before he controlled it he instinctively dodged out the way. It really was a fraction of a second, the impact of my right foot needed to be perfect and I thought I was getting to the ball a bit too quickly, that I should have slowed down a bit. These were thoughts all whirling around that disappeared on contact, a masterful right-footed strike that I caught early, sending the ball into the corner that Buffon had just left in order to cover the rest of the goal. Wrong-footing him, just as in a well-struck penalty. There it was, the goal of my life. The one that will stay with me forever, my message to the Roma fans of the future. This is who I was. I was the goalscorer who made it 1-0 on the most important Sunday in our history.

Of course, I can’t remember what the exact moment was like. It’s impossible. It’s such a blinding flash that you can’t help but look at it and enjoy it, for ever and ever.

The first reaction was a roar in harmony with everyone in the Olimpico. Then I was all smiles as I started to take off my shirt, jumping over the advertising hoarding, flying to meet the Curva Sud as promised – not that week, but much earlier: the day on which, still a child, I arrived at Roma.

There were many tears in the curva, of love and euphoria: the same ones that I saw many years later, on the Sunday of my retirement, when they were tinged with melancholy. I didn’t win much in my career. But the intensity of those few days of triumph, especially that 17 June 2001, more than makes up for any deficit. Happiness can’t be counted, it’s felt. The Roman and Romanista captain who leads Roma to the title is a concept that transcends pure sporting joy. ‘My name is Maximus Decimus Meridius, commander of the Armies of the North…’

Gladiator is published by deCoubertin Books priced £14.99. To order a copy visit deCoubertin.co.uk/totti