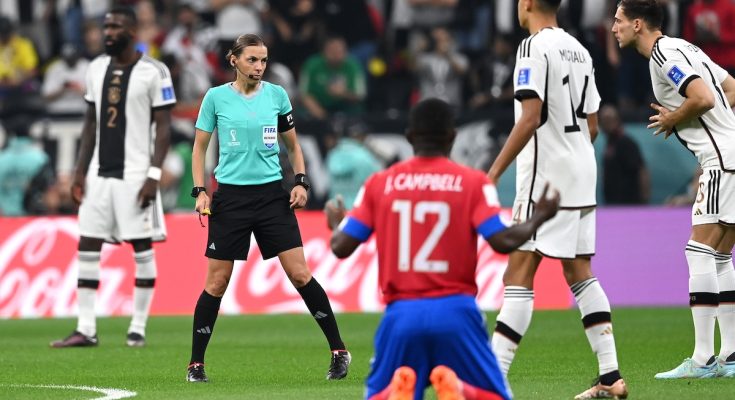 Francesco Totti is enjoying the World Cup in Qatar and highlighted the importance of seeing Stephanie Frappart become the first female referee at the tournament.

Speaking to BeIN Sport, Totti first discussed the first few weeks of the World Cup in Qatar and what he’s enjoyed watching so far.

“As often happens there was a lot of controversy before the start of the World Cup but I cannot deny that I enjoyed following the group stage. I’m sorry that Italy isn’t here, but on a logistical level I saw several good things.

“And it is to FIFA’s credit that football in recent years has reached a more global dimension given the results on the pitch. It is no longer a novelty to see national teams like Japan, Morocco or Saudi Arabia beat stronger or more recognised teams.”

The former Roma captain then discussed the importance of Frappart becoming the first female referee to oversee a World Cup match.

“It is important, I say this also as the father of a girl and a little girl who will soon be women. But I hope that sooner or later this will no longer be news and that everything will become normal.”

Frappart is not the only female official breaking into the world of men’s football. 32-year-old Maria Sole Ferrieri Caputi became the first woman to oversee a Serie A match earlier this season, when she was the referee for Sassuolo’s clash with Salernitana.

One Comment on “Totti on first female referee at World Cup: ‘It’s important’”