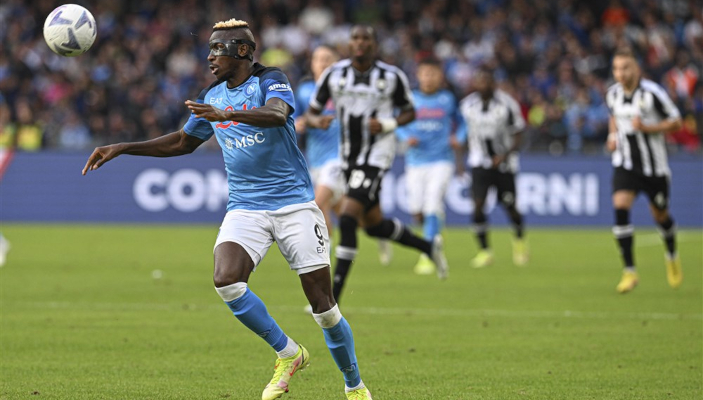 It’s not just the Italian players who are sitting at home feeling miserable during the World Cup, as quite a few other Serie A stars aren’t going to Qatar either, writes Susy Campanale.

The Azzurri failed to qualify for the tournament and will not be alone in watching the competition from afar, because quite a few traditional challengers have missed out on a ticket to the event as well.

On top of those, there are individual players who have been snubbed by their coaches and countries, sparking controversy in some cases, plus the injuries that seem more plentiful than ever in this chaotic campaign.

The best goalkeeper in Serie A last season would’ve been part of the squad if not for injury, which he sustained on international duty, but even then would’ve spent the entire time on the bench watching Hugo Lloris.

It is perhaps for the best that the centre-back won’t be distracted by the World Cup, seeing as he will be at the centre of attention over the transfer window. His contract is still due to expire in June and Paris Saint-Germain are ready to swoop after failing to get the €70m deal done this summer.

Gareth Southgate made quite a few surprising snubs that showed a distinct lack of respect for Serie A players. If Chris Smalling hasn’t been on the international scene for a while, leaving Tomori out was a bemusing choice after he won the Scudetto and helped secure Champions League progress to the Round of 16. When Harry Maguire can rot on the Manchester United bench and still get picked, there’s not much else Tomori can do.

If there is an area where England have real problems, it is in defence, and yet the experienced 33-year-old can’t seem to make any in-roads with Southgate. Smalling has been consistently reliable at Roma and is excellent in the air, also contributing three goals this season, but his last call-up was in 2017 and he’s simply not in favour.

READ MORE: ALL SERIE A AND SERIE B PLAYERS AT THE WORLD CUP

This has perhaps been his best ever Serie A season with pin-point crosses and even his defending has been up to scratch, so to see Portugal drop Mario Rui entirely is a little surprising. Then again, the pint-sized Portuguese left-back never was a glamour pick and perhaps matured too late to really break through.

Sadly for Lobotka, Slovakia have not made it to the World Cup in Qatar, so he can be well-rested for when the Serie A season resumes on January 4. Initially a flop, it took Luciano Spalletti to really get the best out of the former Celta Vigo midfielder, who really makes Napoli tick.

Never has a gamble backfired so very spectacularly as Pogba’s refusal to have knee surgery when he first damaged the meniscus in July. The only reason was to recover quicker and make the World Cup, but instead he managed to infuriate Juventus and still miss the tournament when conservative treatment failed. He wanted to be in Qatar so badly that he wrecked his entire season.

Had the call-ups been last year, when Gosens was putting in exhilarating displays for Atalanta, then he probably would’ve been included in the German squad going to Qatar. Unfortunately for him, the move to Inter has not panned out as expected, in part due to injury, but also his struggles to adapt and displace other candidates. At the age of 28, he’s running out of chances to really break into Die Mannschaft.

WORLD CUP: FIVE SERIE A STARS TO WATCH IN QATAR

Osimhen is lighting up Serie A and the Champions League with his form this season, earning transfer links with numerous top clubs, and would’ve been one of the strikers to watch in Qatar this November. However, Nigeria lost on away goals to Ghana and failed to qualify for the first time since 2006.

Considering just how much England rely on Harry Kane for their goals, and the poor form of some of the other strikers, cutting Abraham out entirely seems unnecessary. Alright, so his performances lately have been dismal, but that’s largely down to a lack of confidence, caused in part by knowing he wasn’t going to get the World Cup nod.

Like Osimhen, Lookman won’t be able to continue his sparkling Serie A form into the World Cup, as the Black Stars missed out on the competition. The winger has seven goals and three assists in just 15 Serie A appearances with La Dea, already setting a new personal best for a league campaign.

2022 WORLD CUP: WHICH COUNTRY HAS THE MOST SERIE A PLAYERS IN QATAR?