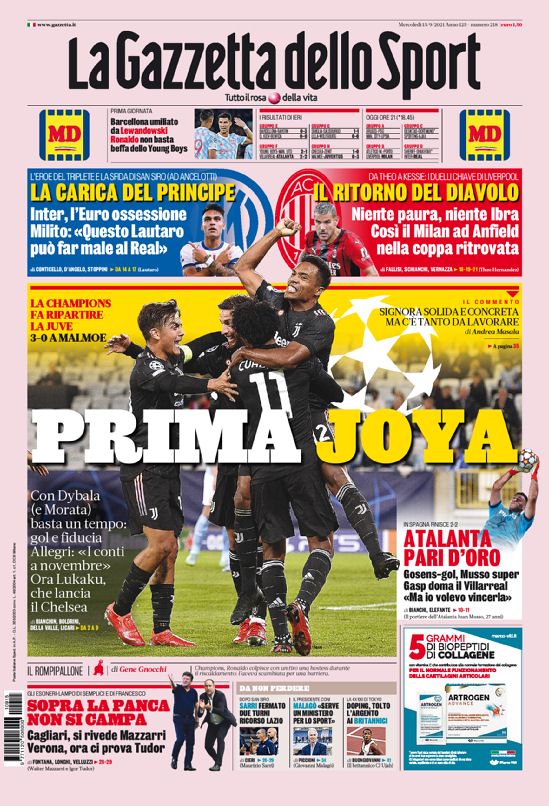 Juve reboot in the Champions League, 3-0 at Malmo

With Dybala (and Morata) one half is enough: goals and confidence

Allegri: ‘We’ll see where we are in November’

Now for Lukaku, who launches Chelsea

Gasp tames Villarreal: ‘But I wanted to win it’

The Prince is fired up

Hero of the Treble on the San Siro clash with Ancelotti

Milito: ‘This Lautaro can hurt Real’

The return of the Devil

From Theo to Kessie, the key duels in Liverpool

No fear, no Ibra

This is how Milan get back into the Cup at Anfield

Cagliari, Mazzarri is back

Verona, now Tudor has a go

Malagò: ‘We need a Minister for Sport’ 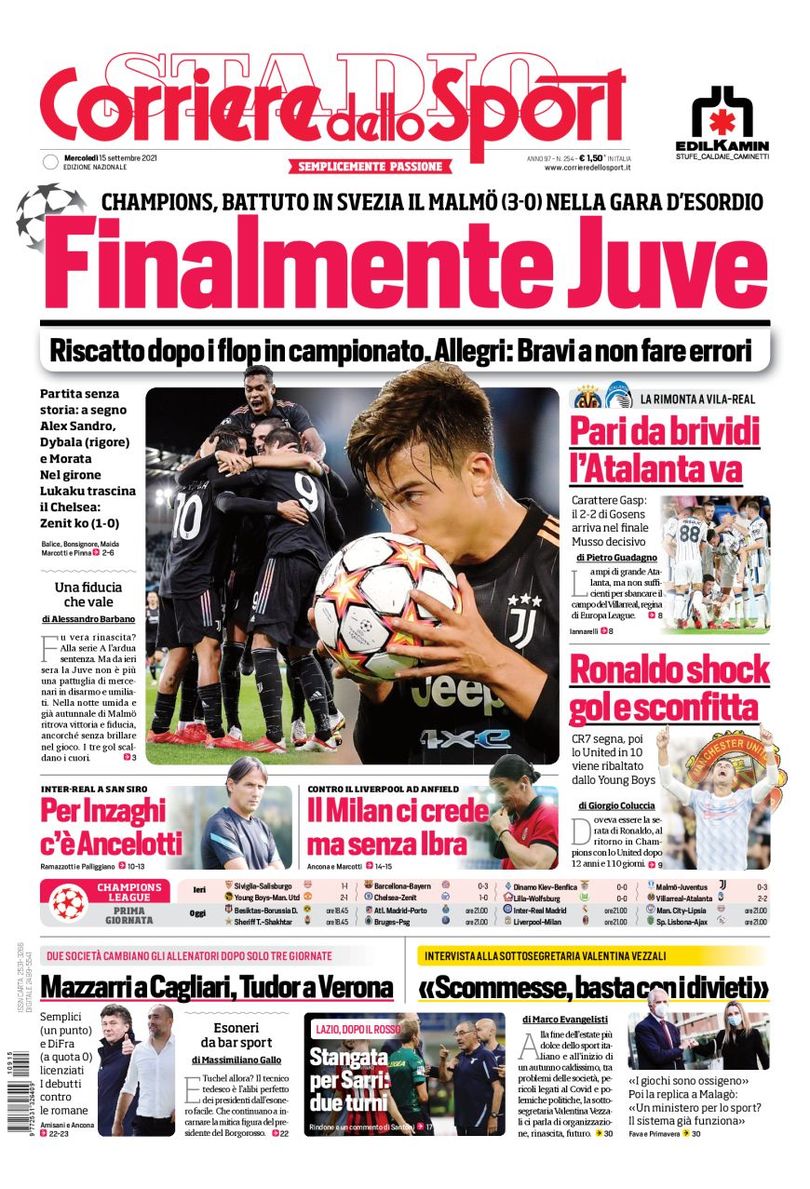 Back on track after league flop

Allegri: Good that we avoided errors

In their group, Lukaku drags Chelsea to victory over Zenit

Goosebumps and a point, Atalanta go

Gasp character, 2-2 from Gosens towards the end, but Musso decisive

CR7 scores, then United down to 10 overturned by Young Boys

Milan believe, but they are without Ibra

Against Liverpool at Anfield

Mazzarri to Cagliari, Tudor in Verona

Semplici (one point) and DiFra (on zero) sacked

They both debut against Roman clubs

Lazio, after his red card 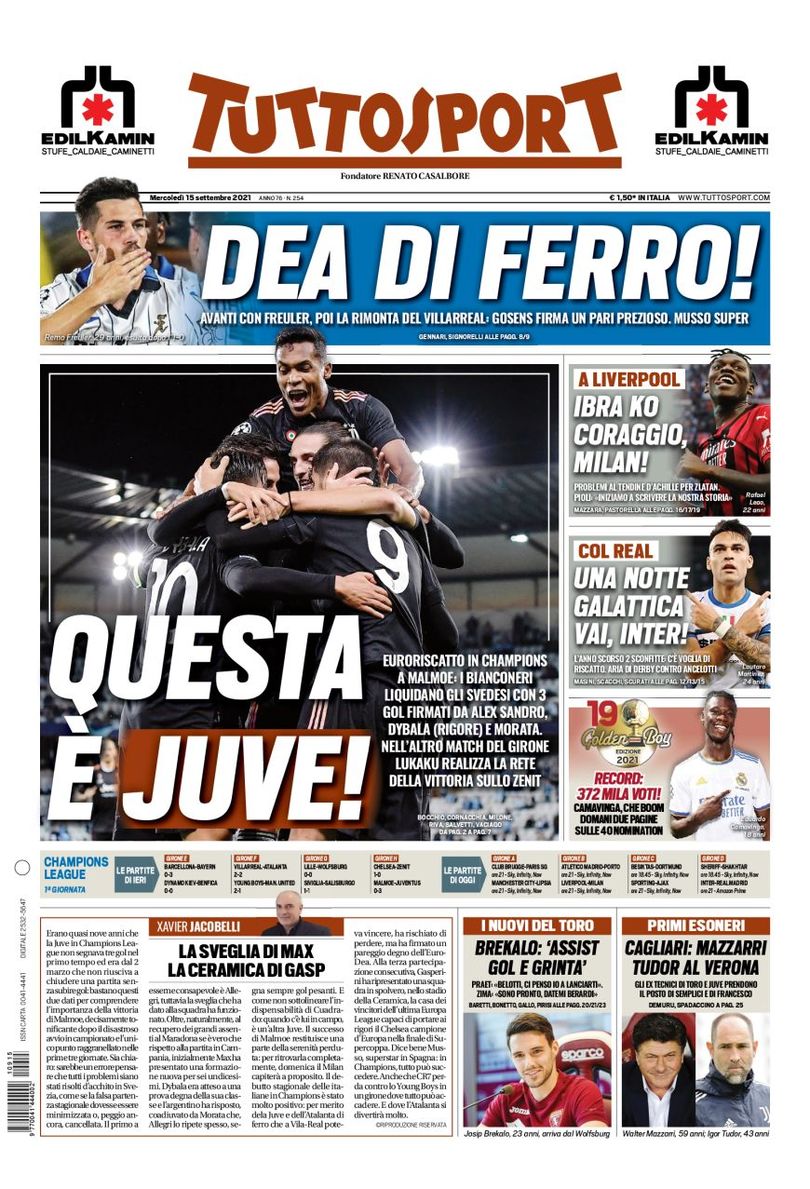 Euro reboot in the Champions League with Malmo

In the other match of the group, Lukaku scores the winner against Zenit

Ahead with Freuler, then Villarreal turn it around: Gosens seals a precious draw, Musso super

Pioli: ‘We start to write our story’

Last season two defeats: there is the desire to take revenge, plus a derby air with Ancelotti

Praet: ‘Belotti, I will give you service’

Zima: ‘I am ready, let me at Berardi’