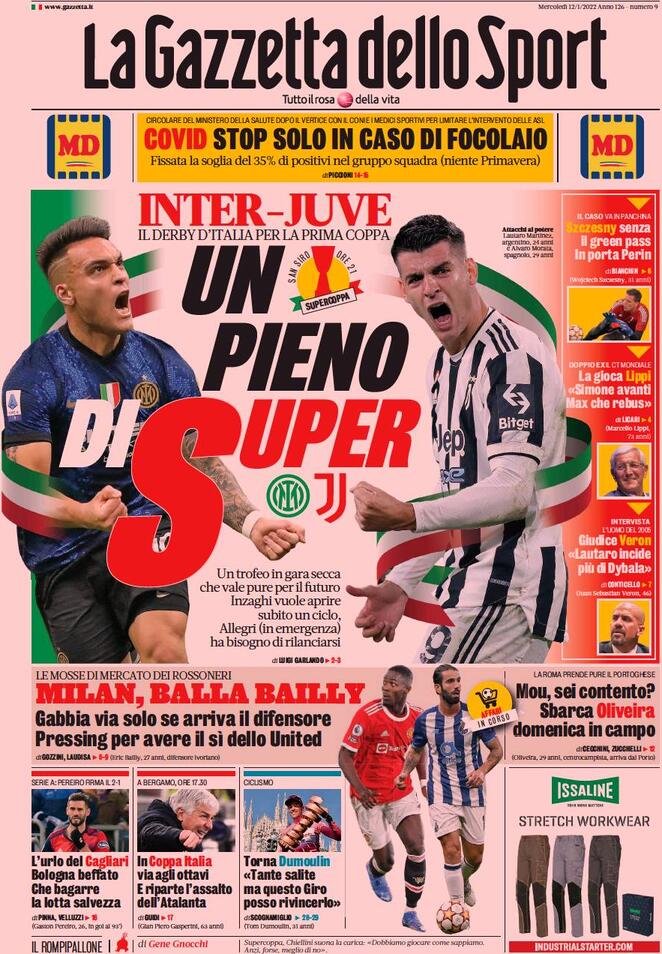 COVID stop only with an outbreak

Maximum of 35% positive in the team, no Primavera

Inter-Juve, the derby d’Italia for the first trophy

A trophy in a one-legged game that means a lot for the future. Inzaghi wants to open a cycle, Allegri (in an emergency) needs a relaunch.

Gabbia to be loaned out only if the defender arrives. Pressing to receive the green light from Man United.

Mou, are you happy? Oliveira arrives, on the pitch on Sunday.

Cagliari’s scream: Bologna fooled, what a race for the survival. 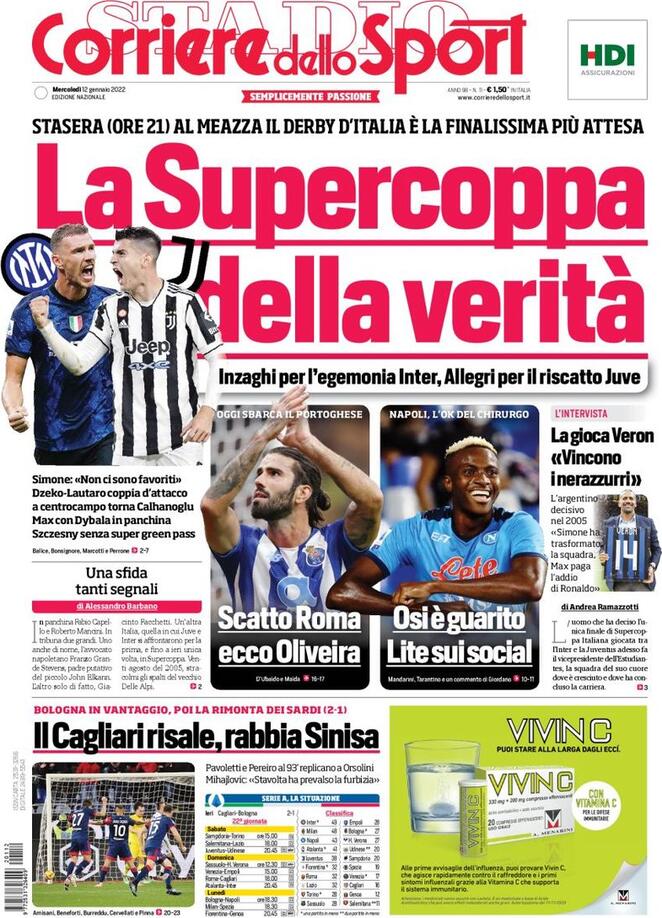 The Supercup of truth

Simone: ‘There are no favourites’, Dzeko-Lautaro in attack. Calhanoglu returns in midfield

Veron: ‘Inter will win it’

The Argentinean decisive in 2005 ‘Simone has transformed the team, Max affected by Ronaldo’s exit.’ 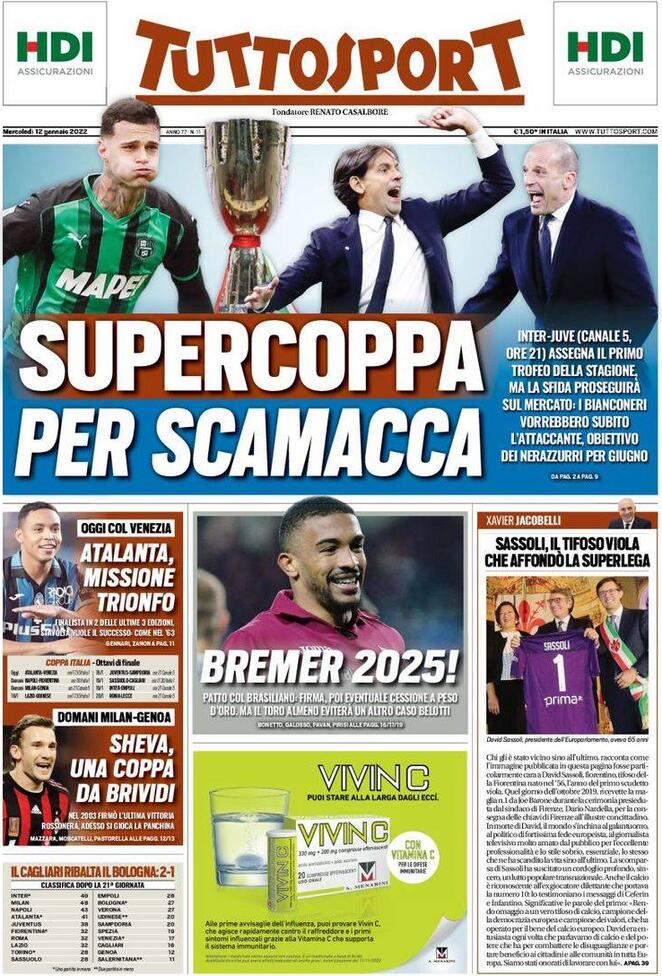 Inter-Juve for the first trophy of the season, but the challenge will continue on the market: the Bianconeri want the striker in January, Inter working for June.

Finalist in two of the last three editions, this time they won to win like in 63

In 2003 he left his mark on Milan’s last victory, now he plays for the bench.

Pact with the Brazilian: signature and possible sale at the price of gold so Torino will avoid a new Belotti case

Sassoli, the Viola fan that made the Superleague sink