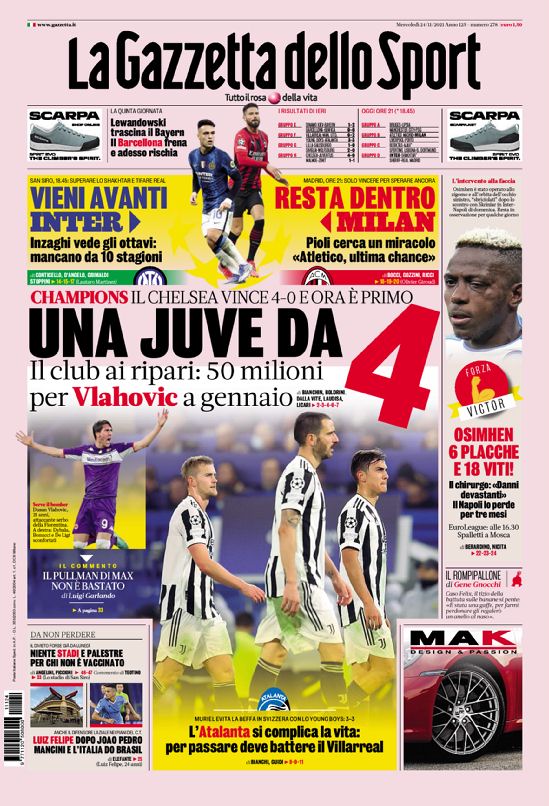 Club rushes to repair the damage: 50m for Vlahovic in January

Atalanta make life complicated for themselves: they must beat Villarreal to go through

Inzaghi can see the Round of 16: missing for 10 seasons

Madrid, only a victory can keep hope alive

Napoli lose him for three months

No stadiums or gyms for those who are unvaccinated

Luiz Felipe: After Joao Pedro, Mancini and his Italy Do Brasil 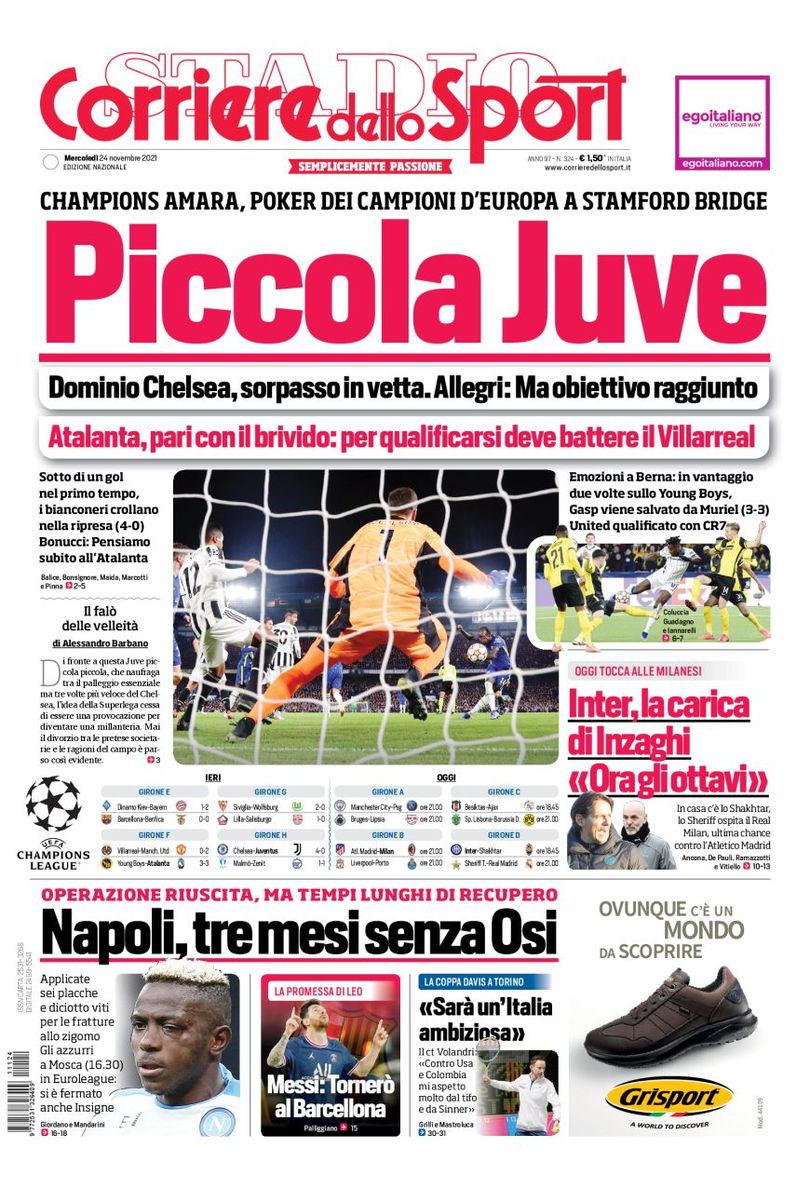 Bitter Champions League, poker for the Champions of Europe at Stamford Bridge

Chelsea dominate, leapfrog to the top

Allegri: But we achieved our objective

Atalanta, draw with goosebumps: in order to qualify, they need to beat Villarreal

A goal down in the first half, the Bianconeri crumble after the break (4-0)

Inter, Inzaghi fired up: ‘Now for the Round of 16’

Operation a success, but a long recovery time

He needed six plaques and 18 screws to stabilise facial fractures

Azzurri in Moscow for the Europa League: Insigne out too

Messi: I will return to Barcelona 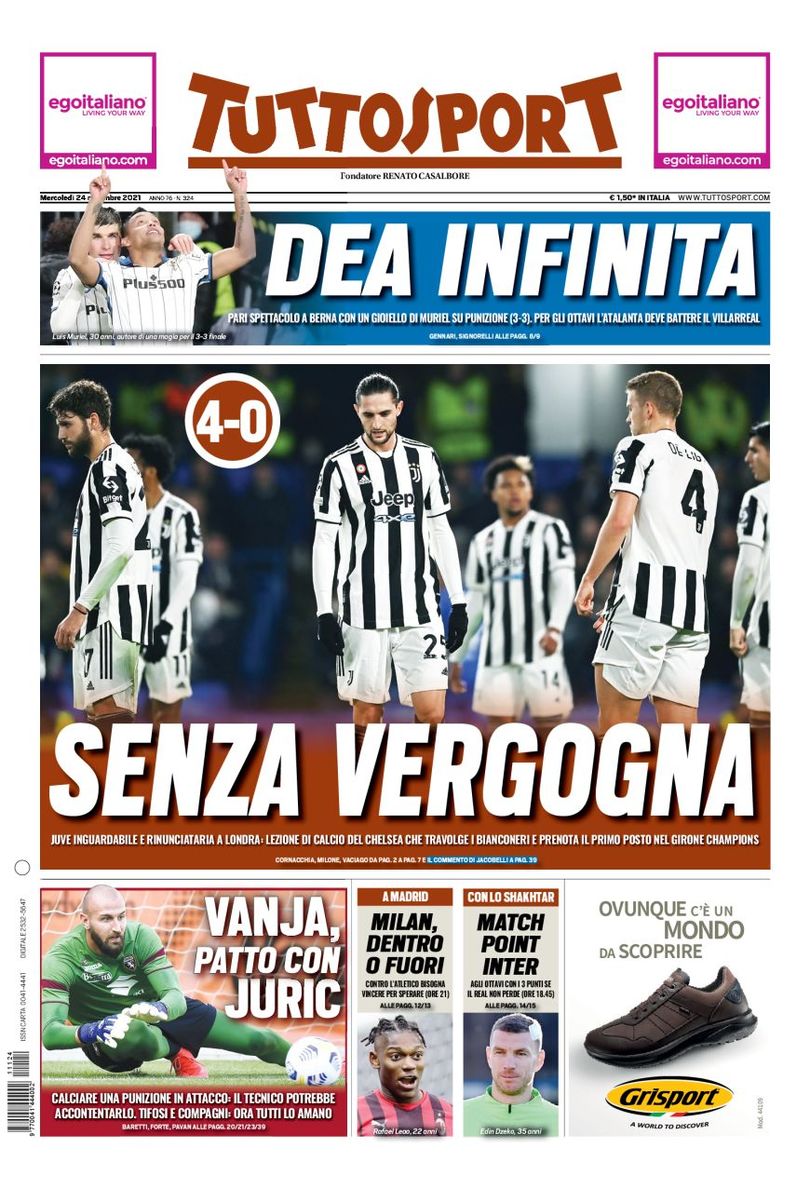 Juve are unwatchable and surrender in London

A football lesson from Chelsea, who crush the Bianconeri and book first place in the Champions League group

Atalanta have to beat Villarreal to reach the Round of 16

Taking a free kick in attack: the coach could give him this wish

Fans and teammates: now everyone loves him

Milan, in or out

They must beat Atletico and hope