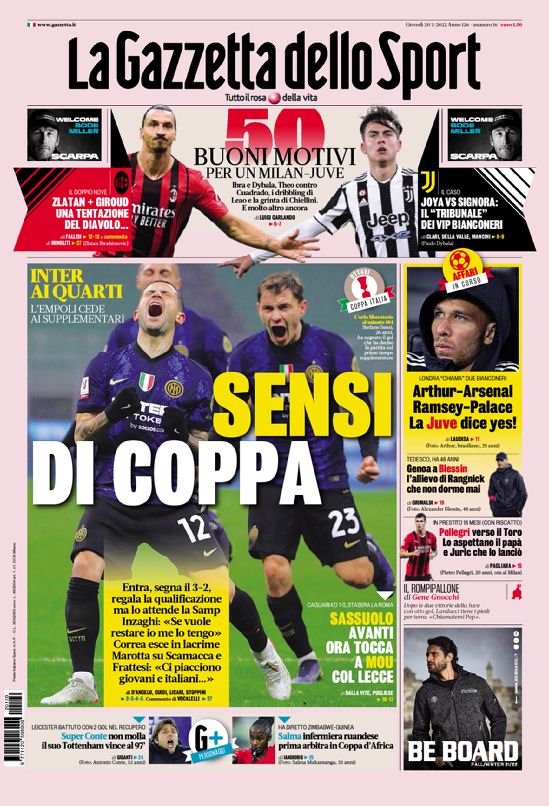 Sensi’s feeling for the Coppa

Inter into the quarter-finals, Empoli fall in extra time

He comes on, scores for 3-2, grabs qualification, but Samp await him

Inzaghi: ‘If he wants to stay, I will gladly keep him’

Correa limps off in tears

Marotta on Scamacca and Frattesi: ‘We like young and Italian players’

Ibra and Dybala, Theo against Cuadrado, Leao’s dribbling and Chiellini’s grit, and so much more

Zlatan + Giroud, the Diavolo is tempted…

Joya vs. Old Lady: the ‘tribunal’ of Bianconeri VIP fans

London calling for the Bianconeri

Genoa goes to Blessin, the Rangnick pupil who never sleeps

The German is 48 years old

Pellegri towards Toro, Dad and Juric are waiting for him

An 18-month loan with option to buy

Super Conte never gives up, his Tottenham win at the 97th minute

Salma, Ruandan nurse is the first female referee in the Africa Cup of Nations

She took charge of Zimbabwe-Guinea 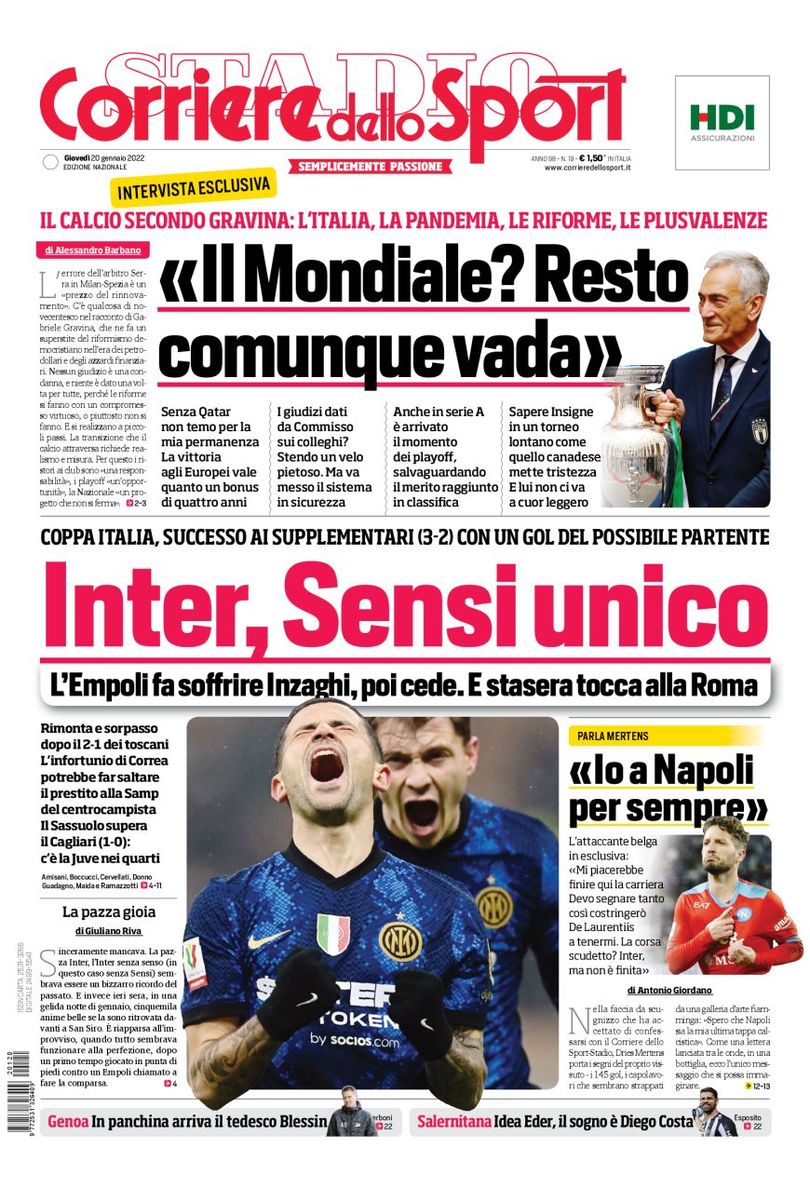 Coppa Italia, success in extra time (3-2) with a goal ahead of possible departure

Comeback and turnaround after Tuscans go 2-1 up

‘I will be at Napoli forever’

Mertens exclusive: ‘I would love to end my career here. I have to keep scoring goals, that way I’ll convince De Laurentiis to keep me. Scudetto race? Inter, but it’s not over’

Genoa, German Blessin on the bench

‘World Cup? I will stay whatever happens’

Exclusive with Gravina on Italy, the pandemic, reforms and profits

‘If we don’t go to Qatar, I don’t fear my permanence. Victory at Euros is worth as much as a four-year bonus’

‘Commisso comments on his colleagues? Best to ignore him, but the system needs to be secured’

‘Knowing Insigne will be far away in Canada makes me sad. He’s leaving with a heavy heart too’ 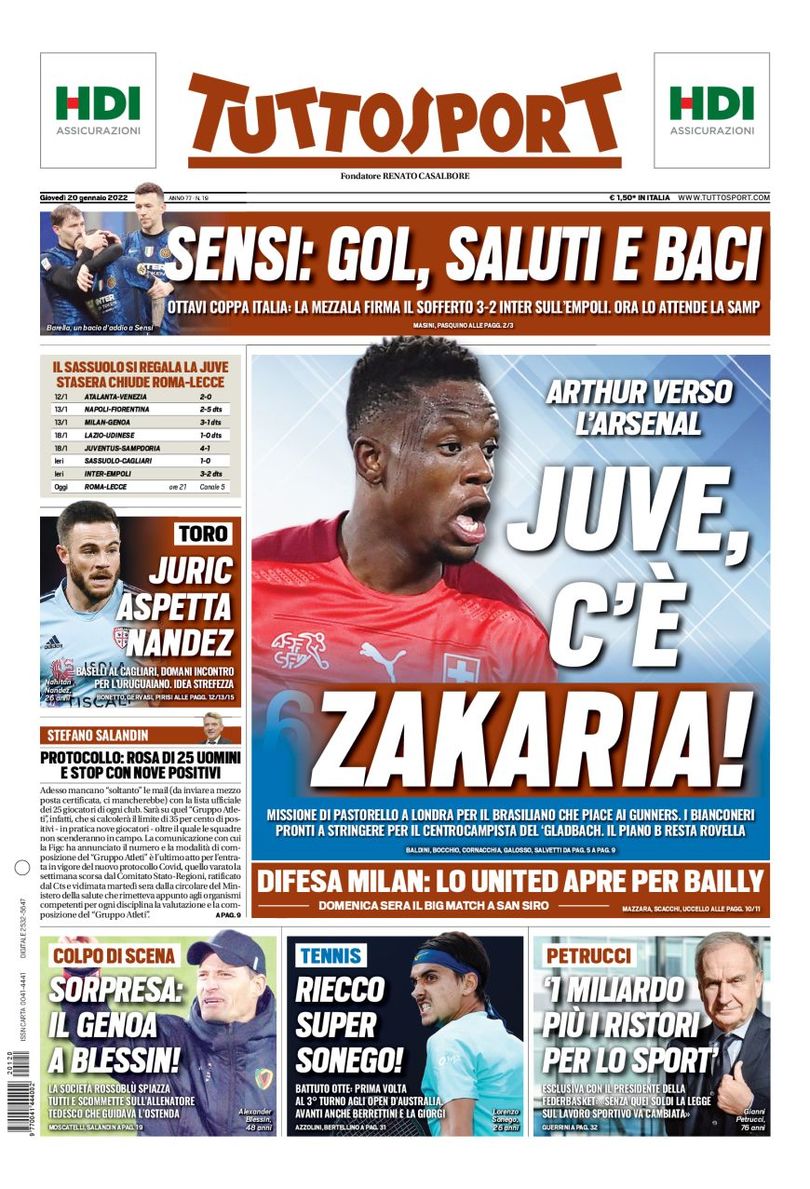 Pastorello mission in London for the Brazilian, who is liked by the Gunners

Bianconeri ready to close on the Gladbach midfielder

Sassuolo give themselves Juve

Tonight Roma-Lecce closes the Round of 16

Baselli to Cagliari, tomorrow meeting for the Uruguayan