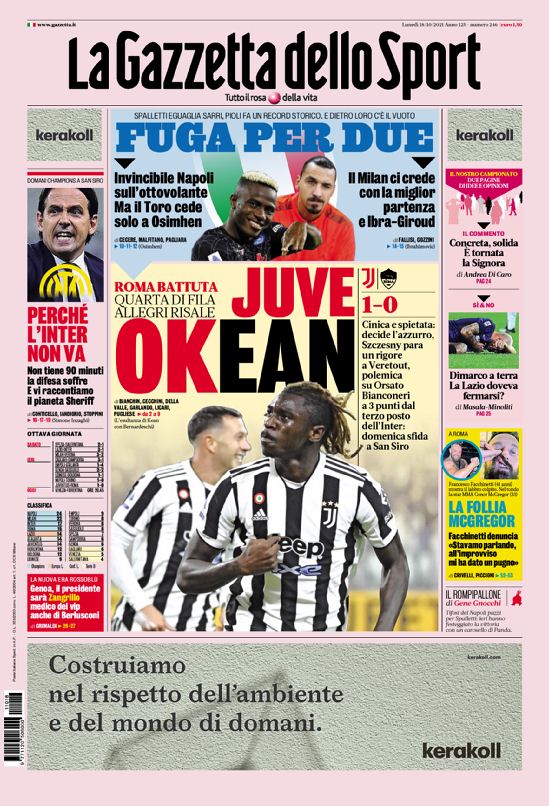 Roma beaten, fourth win in a row and Allegri climbs

Bianconeri are 3 points off third place and Inter: on Sunday the showdown at San Siro

Toro tumble only to Osimhen

Milan believe with their best start and Ibra-Giroud

Spalletti equals Sarri’s run, Pioli sets a new record, and behind them there’s a big gap

They can’t hold out for 90 minutes, the defence suffers

We reveal what surrounds Sheriff

Genoa, the President will be Zangrillo, medic to VIPs including Berlusconi

Dimarco down, should Lazio have stopped?

Facchinetti sues: ‘We were talking, suddenly he punched me’ 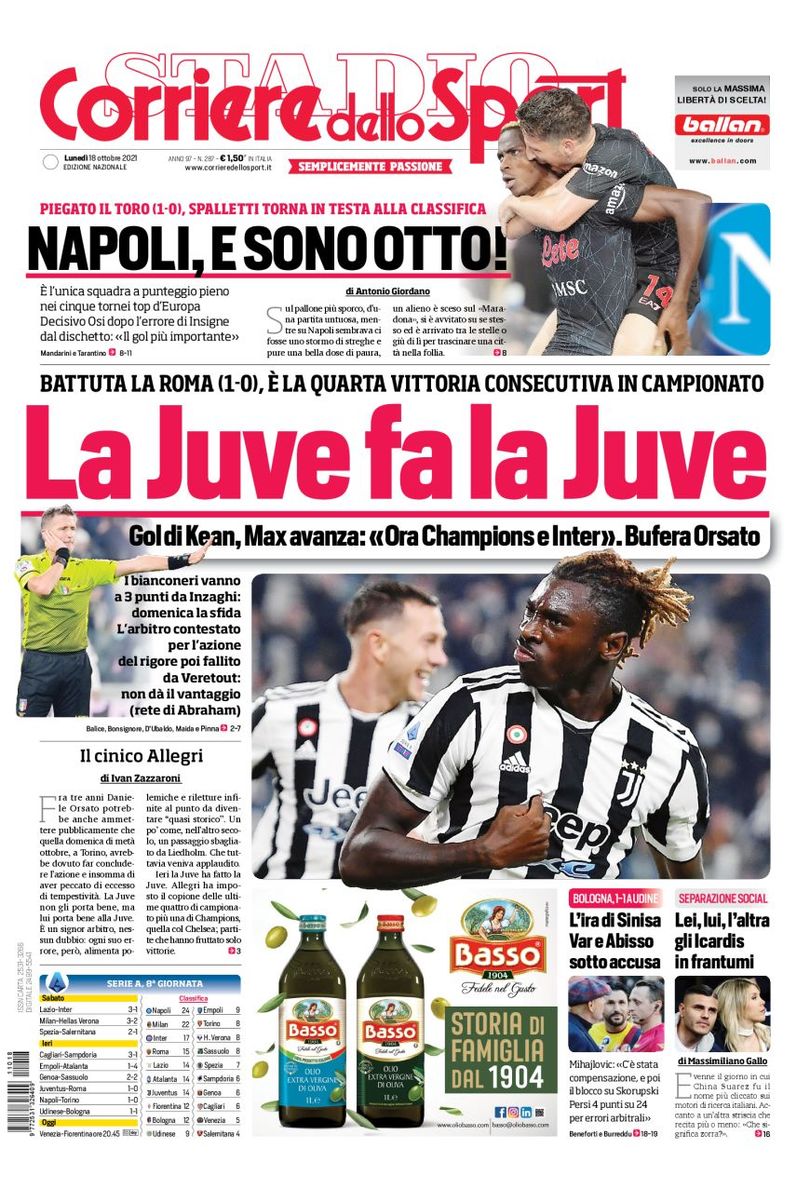 Bianconeri close within 3 points of Inzaghi: on Sunday the showdown

He doesn’t give the advantage (Abraham goal)

Toro defeated (1-0), Spalletti back on top of the table

Osi decisive after Insigne error from the spot: ‘My most important goal’

Mihajlovic: ‘They were compensating, then the foul on Skorupski. We lost four points out of 24 over refereeing errors’

Her, him, the other woman, the Icardis splinter 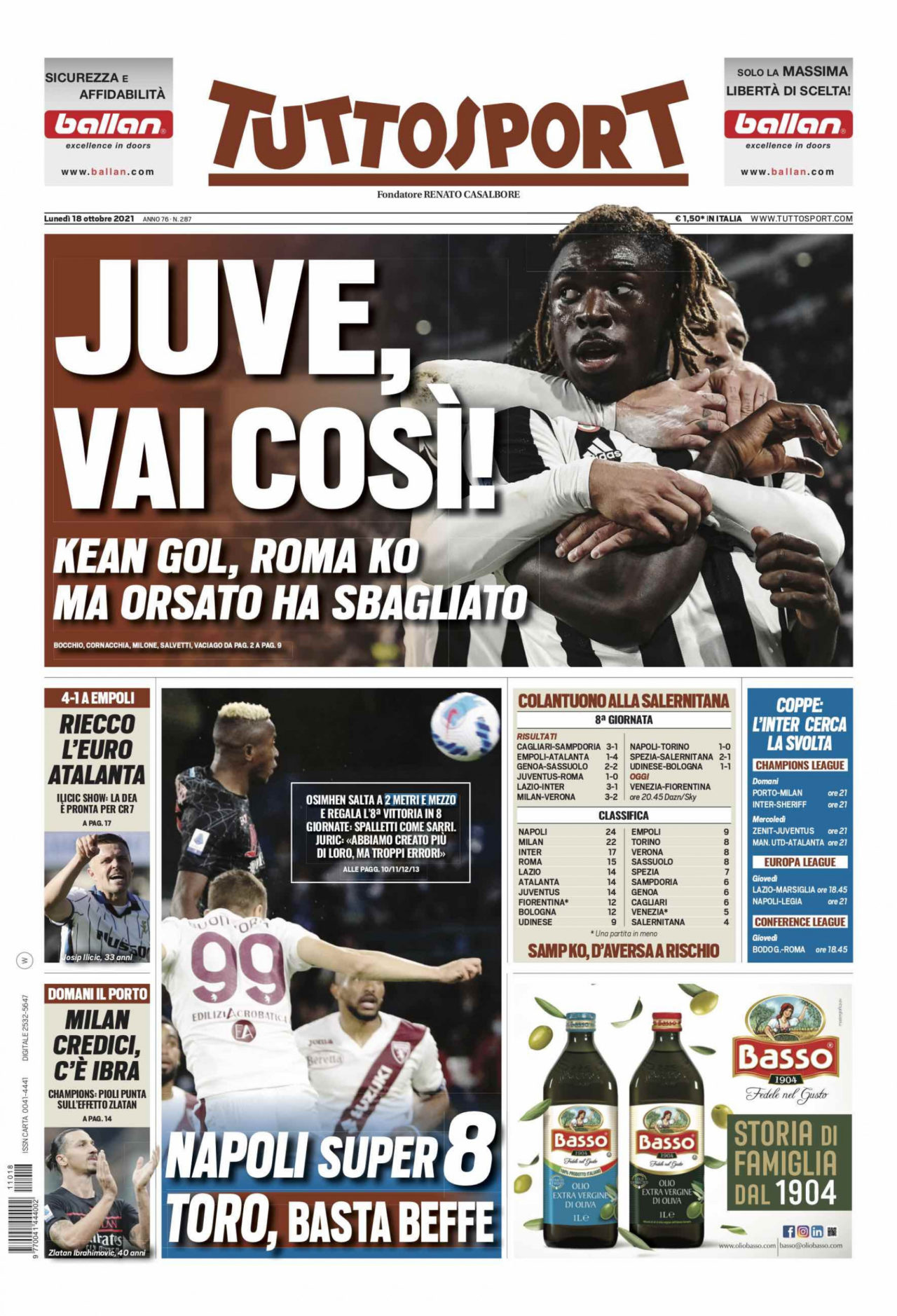 Kean goal, Roma KO, but Orsato got it wrong

Toro, enough with the upsets

Juric: ‘We created more than them, but made too many mistakes’

The Euro Atalanta are back