Today’s Papers – Neurotic Juve, Inter and Roma back on track 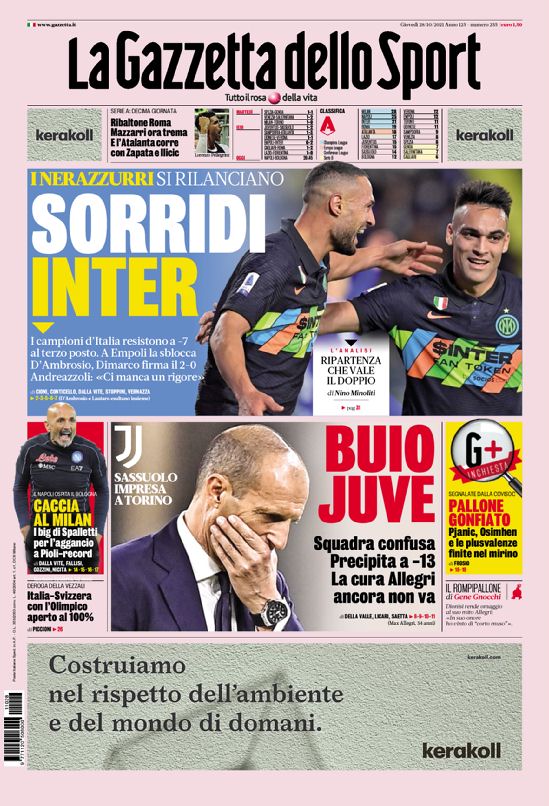 Champions of Italy hang in there at -7 in third place

Andreazzoli: ‘We were denied a penalty’

Juve in the dark

Team is confused and plummets to -13

Atalanta run with Zapata and Ilicic

Italy-Switzerland with the Olimpico 100 per cent open

Pjanic, Osimhen and the capital gains under investigation 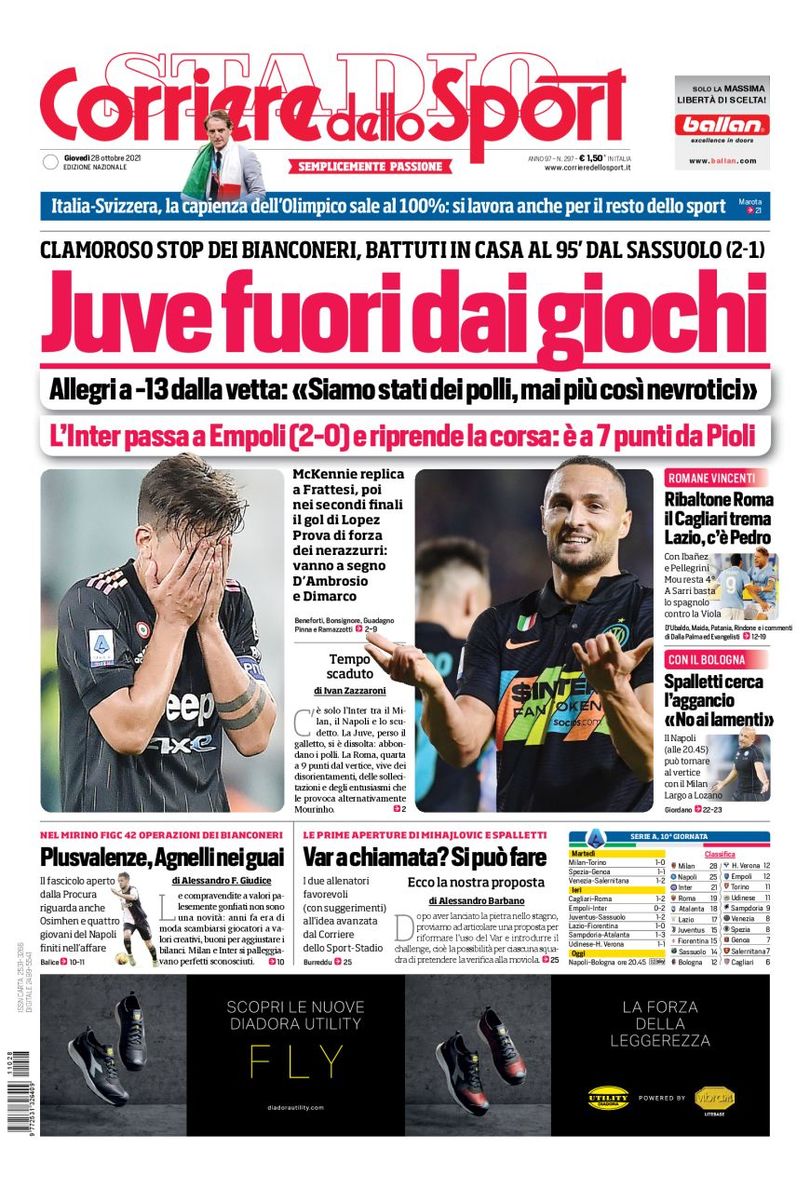 Juve out of the running

Shock stop for the Bianconeri, beaten at home at the 95th by Sassuolo (2-1)

Allegri at -13 from the top: ‘We were naïve, never again so neurotic’

Inter win in Empoli (2-0) and get back on track: they are seven points from Pioli

McKennie replies to Frattesi, then in the final seconds Lopez goal

Nerazzurri show of strength: D’Ambrosio and Dimarco on target

With Ibanez and Pellegrini, Mou remains in fourth

Spaniard is enough for Sarri against the Viola

Spalletti aims to catch up: ‘No complaints’

Napoli can go back to the top with Milan, Lozano chance against Bologna

FIGC investigates 42 transfers by the Bianconeri

VAR on demand? It can be done

Mihajlovic and Spalletti open up to the idea

Italy-Switzerland, the capacity at the Olimpico expanded to 100%: at work for the rest of sport too 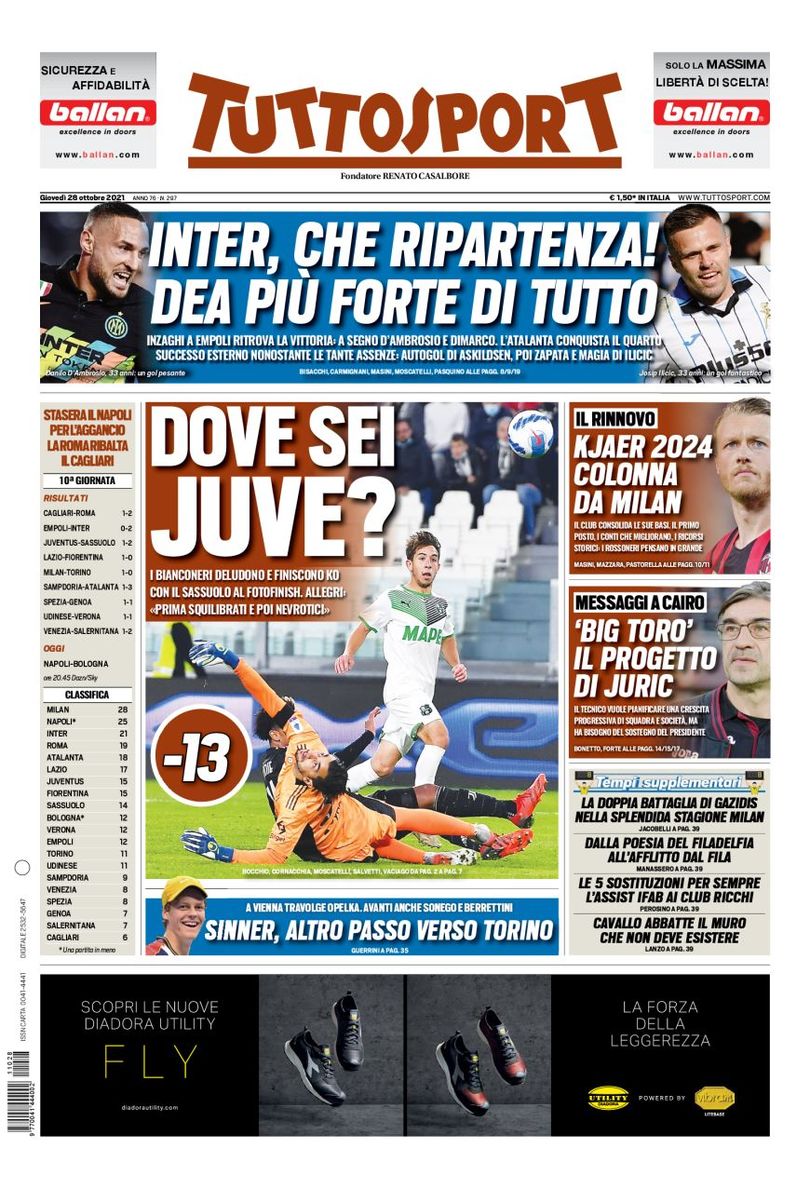 Allegri: ‘First unbalanced and then neurotic’

Tonight Napoli try to catch up

Inter, what a reboot!

Dea stronger than everything

Inzaghi back to winning ways in Empoli: D’Ambrosio and Dimarco on target

Atalanta get their fourth away victory despite missing so many players: Askildsen own goal, then Zapata and magic Ilicic

Coach wants to plan progressive growth of team and club, but needs support from the President

Cavallo knocks down a wall that shouldn’t be there