Today’s Papers – Mourinho shows no mercy, Calha and Dybala for the Derby d’Italia 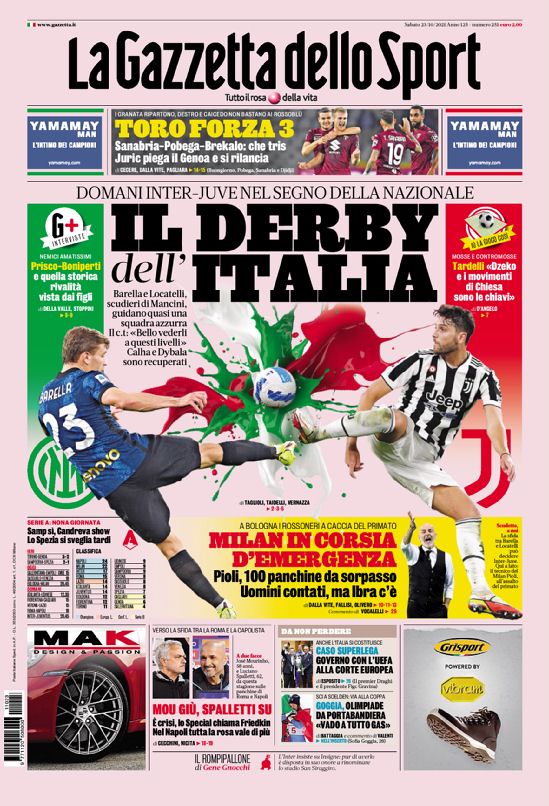 Barella and Locatelli, the guards of Mancini

The Italy CT: “Nice to see them at this level”

Calhanoglu and Dybala are recovered

Tardelli: “Dzeko and the movements of Chiesa are the keys”

Spezia wake up too late

Milan in the emergency lane

Pioli, 100 games in the dugout. His men are numbered, but Ibrahimovic is there

Towards the match between Roma and the leaders

Mou down, Spalletti up

It’ crisis, the Special One calls Friedkin

At Napoli, the whole squad is worth more

The Super League case: the government supports UEFA at the European Court 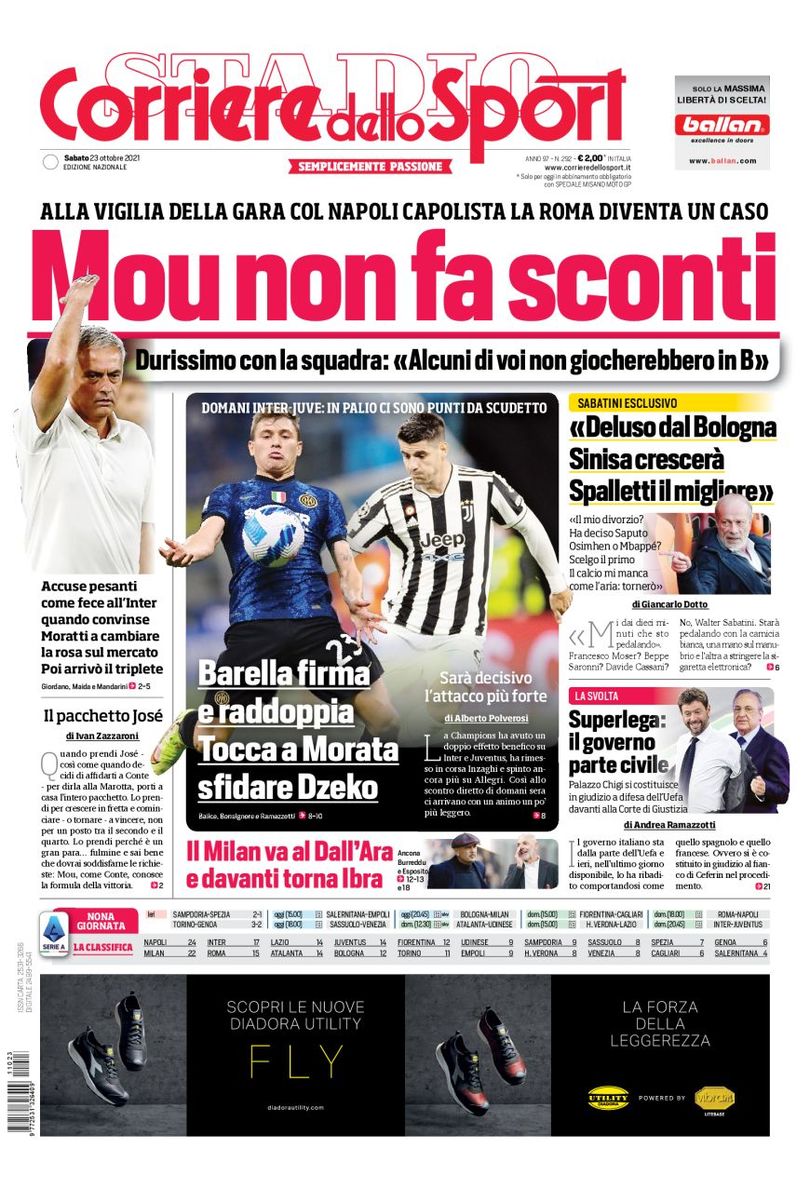 Ahead of the match against league leaders Napoli, Roma becomes a case

Hard with the squad: “Some of you won’t play in Serie B”

Heavy accusations, as he did at Inter when he convinced Moratti to change the squad in the transfer market. Then the Treble arrived.

Inter-Juve tomorrow: Scudetto points are up for grabs

The strongest attack will be decisive

Milan at Dall’Ara and Ibra returns up front

Sabatini excluside: “I’m disappointed by Bologna. Sinisa will grow, Spalletti is the best”

“Osimhen or Mbappe? I choose the first one” 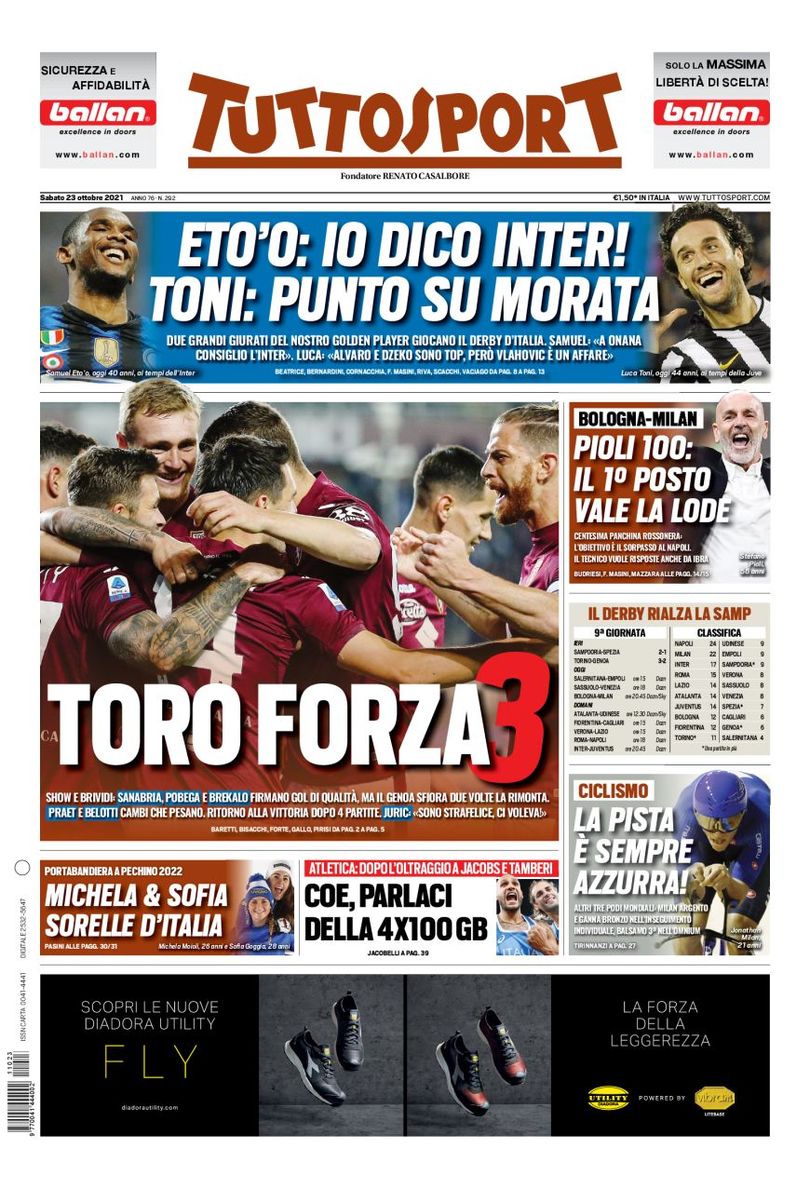 Toni: “I go with Morata”

Samuel: “I recommend Inter for Onana”

Luca: “Alvaro and Dzeko are top, but Vlahovic is a bargain”

Praet and Belotti, changes that made an impact. Returning to win after four games. Juric: “I’m very happy, we needed this”

The first place is the honours

The 100th game in the Rossoneri dugout

The target is to surpass Napoli. The coach wants answers, also from Ibra