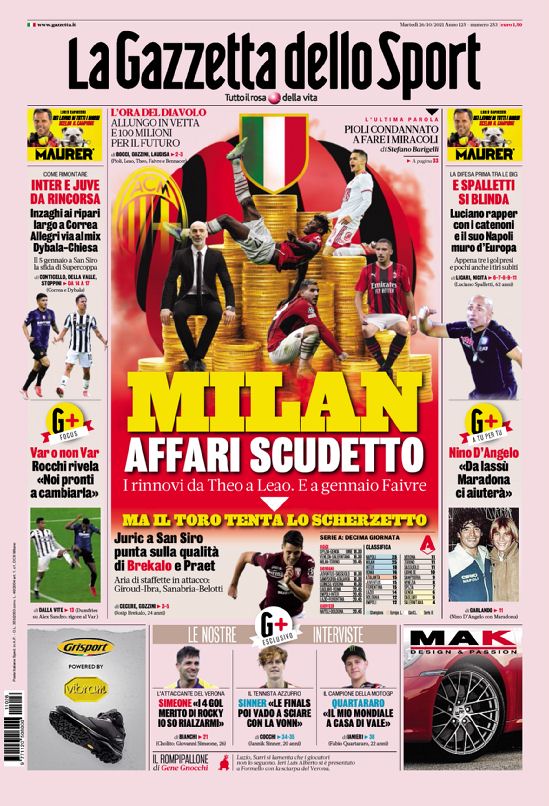 Contract extensions, from Theo to Leao, and in January Faivre

Diavolo reach the top and have €100m for the future

But Toro attempt a trick

Juric at San Siro focuses on Brekalo and Praet quality

Allegri with the Dybala-Chiesa mix

VAR or no VAR, Rocchi reveals: ‘We are prepared to change it’

Luciano rapper with big chains around his neck, his Napoli has the best defence in Europe

Nino D’Angelo: ‘Maradona will help us from up there’

Simeone: ‘Four goals down to Rocky, now I know how to get back up’ 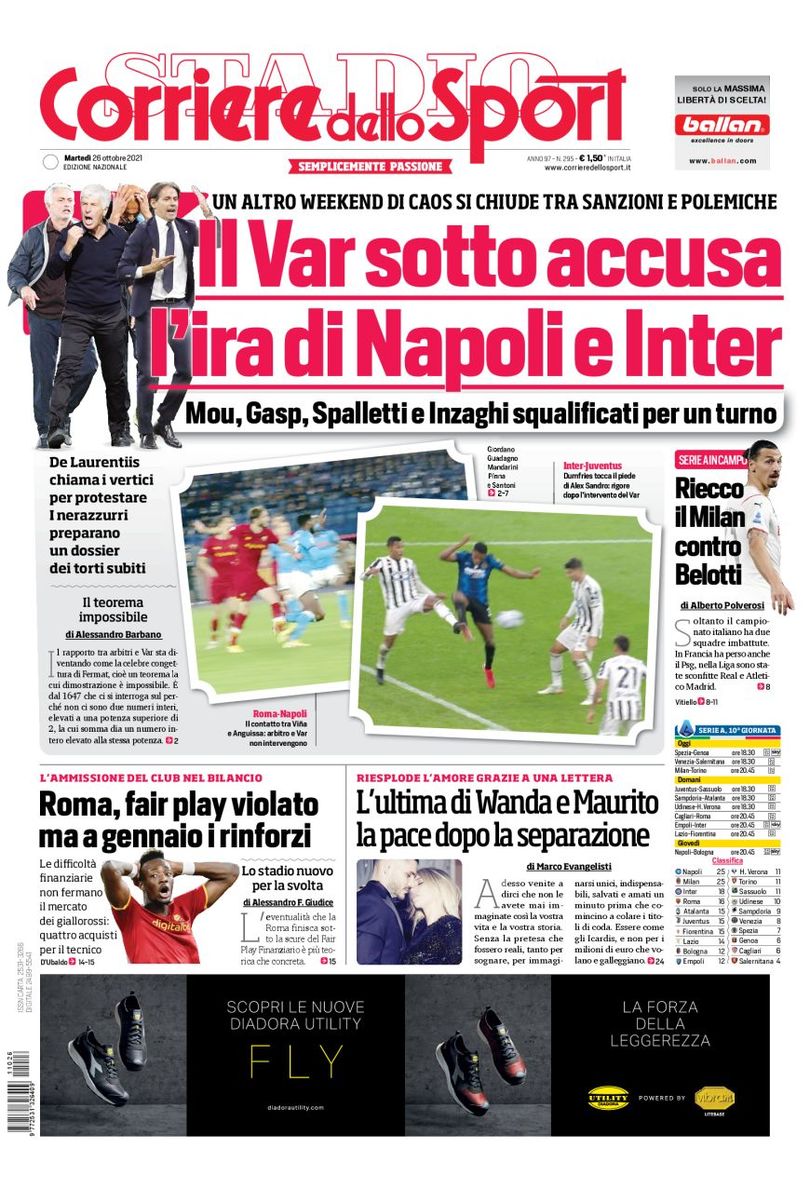 Another weekend of chaos closes among sanctions and controversy

Mou, Gasp, Spalletti and Inzaghi suspended for one round

Nerazzurri prepare a dossier on bad decisions that went against them

Milan are back against Belotti

Financial difficulties won’t stop the Giallorossi on the market: four signings for the coach

Latest on Wanda and Maurito, peace after their separation

Love explodes again thanks to a letter 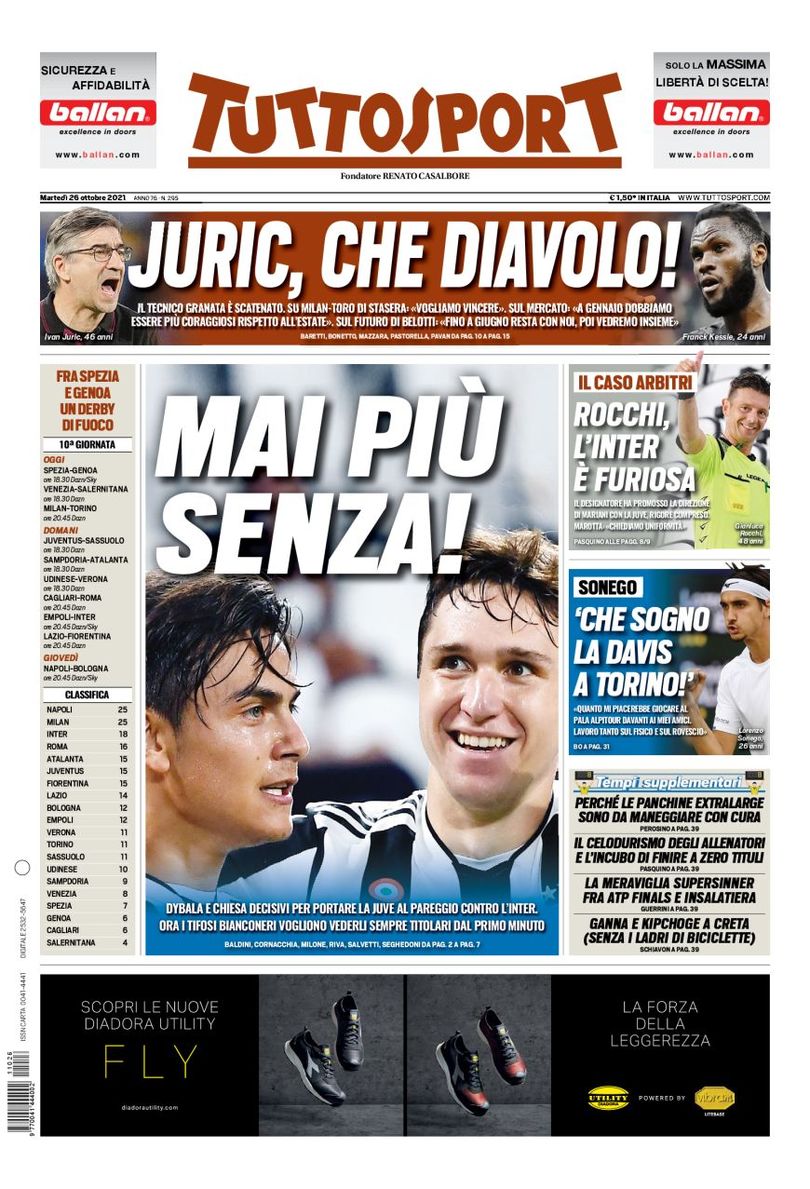 Never again without them!

Now the Bianconeri fans always want to see them start

Juric, what a Devil!

On the market: ‘In January we must be more courageous than over the summer’

On Belotti’s future: ‘He’ll stay with us until June, then we’ll see’

A fiery derby between Spezia and Genoa

Refereeing designator approves of Mariani’s performance in the Juve game, including the penalty

Marotta: ‘We ask for uniformity’

Why extra-large benches are to be treated with care

Arrogance of coaches and the nightmare of finishing with zero titles