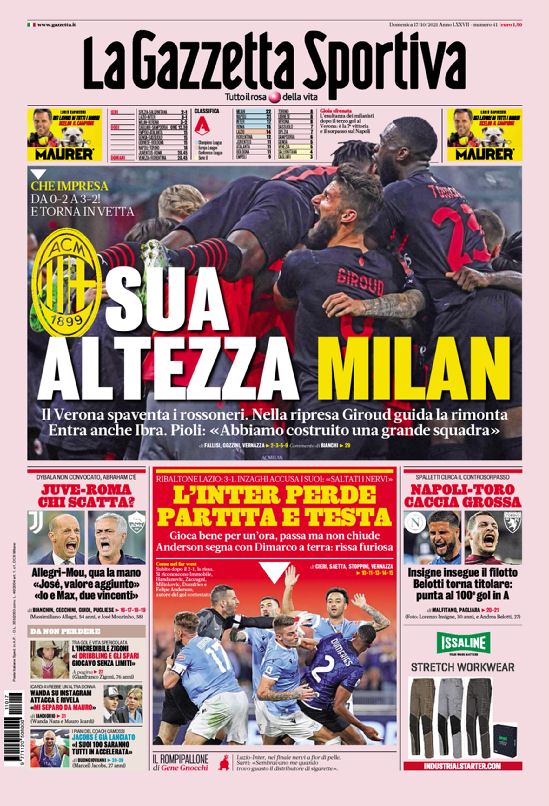 Verona frighten the Rossoneri, but Giroud sparks the comeback after the break

Ibra comes on too

Pioli: ‘We have built a great team’

Inter lost the game and their heads

Inzaghi accuses his men: ‘Let tension get to us’

Play well for an hour, go in front, but don’t finish the job

Anderson scores with Dimarco on the ground: furious brawl

Juve-Roma, who is taking off?

Dybala not called up, but Abraham makes the trip

‘Max and I, two winners’

Belotti back in the starting XI: wants his 100th Serie A goal

Incredible Zigoni: ‘Dribbling and bullets, I played without limits’

Wanda on Instagram attacks and reveals: ‘I’m separating from my husband’

Icardi accused of having another woman 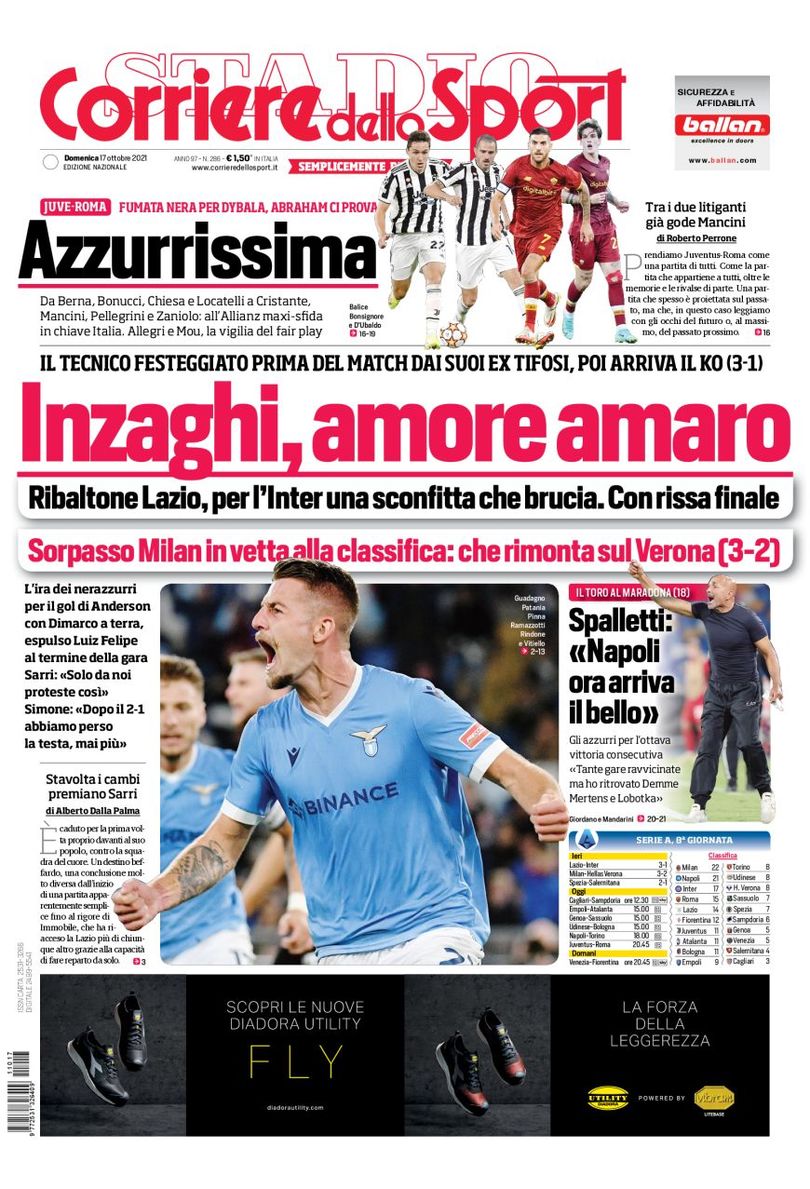 Coach celebrated before the match by his ex-fans, but then KO (3-1)

Lazio turnaround, a defeat that hurts for Inter, with final brawl

Milan leapfrog to the top of the table: what a comeback with Verona (3-2)

Nerazzurri ire over Anderson’s goal with Dimarco down hurt, Luiz Felipe sent off at the end

Sarri: ‘Only here do we see arguments like this’

Simone: ‘We lost our heads after the 2-1, never again’

Toro at the Maradona

Azzurri for an eighth consecutive victory: ‘Many games close together, but I’ve got Demme, Mertens and Lobotka back’

From Berna, Bonucci, Chiesa and Locatelli to Cristante, Mancini, Pellegrini and Zaniolo: maxi-showdown with an Italian flavour

Allegri and Mou, fair play in the build-up 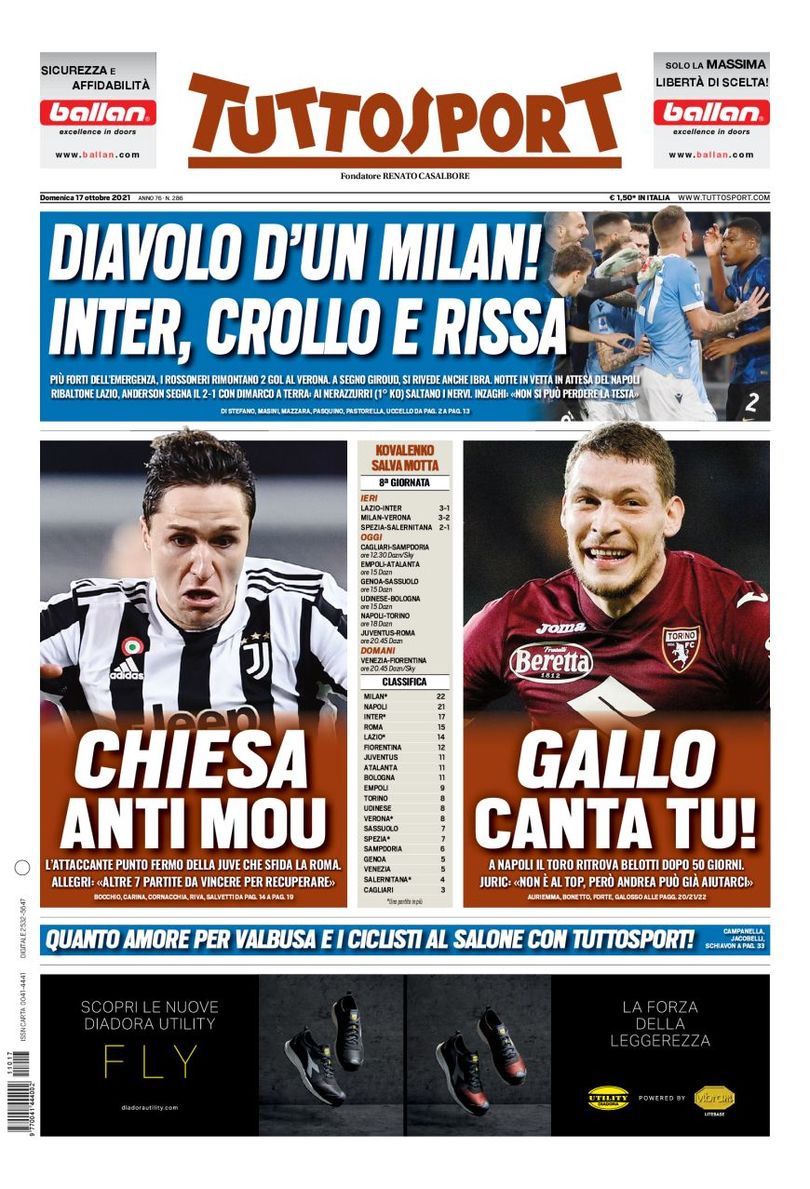 Striker the key man for Juve against Roma

Allegri: ‘Another seven games to win in order to make up lost ground’

Toro get Belotti back against Napoli after 50 days out

Juric: ‘He’s not in top shape, but Andrea can already help us’

Devil of a Milan!

Stronger than the emergency, Rossoneri fight back from two goals down to beat Verona

Giroud on target, Ibra back too, night at the top awaiting Napoli

Inzaghi: ‘We can’t lose our heads’