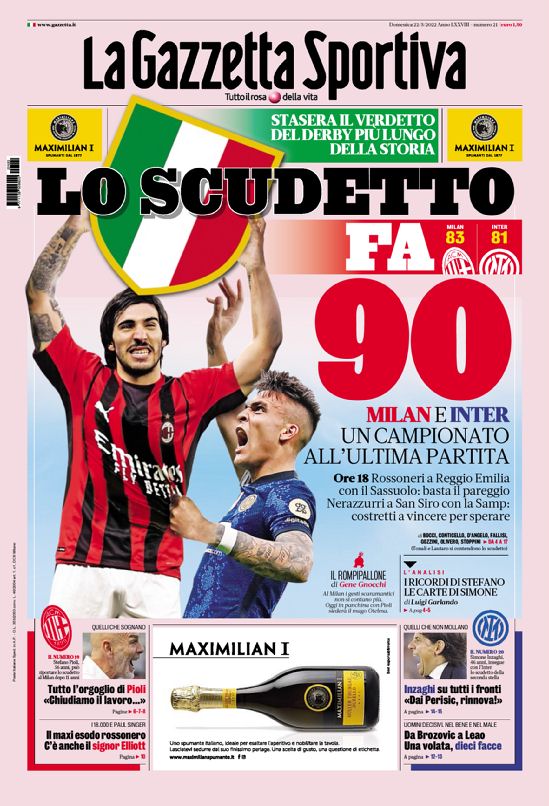 Milan and Inter, an entire season in the final match

This evening the verdict of the longest derby in history

Rossoneri in Reggio Emilia against Sassuolo: a draw is enough

Nerazzurri at San Siro with Samp: forced to win and hope

All of Pioli’s pride: ‘Let’s finish the job…’

Inzaghi on all fronts: ‘Come on Perisic, renew!’

From Brozovic to Leao 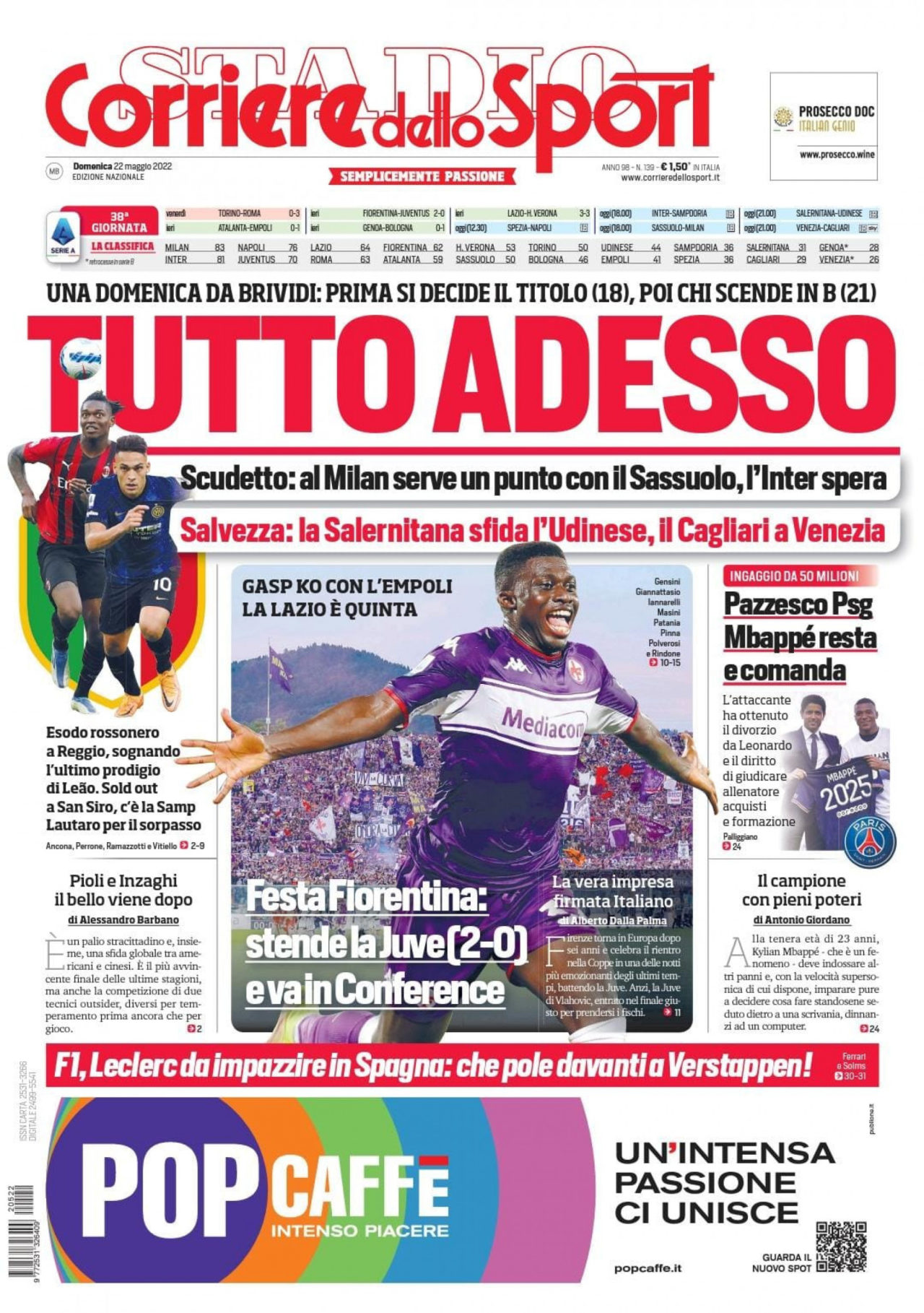 A Sunday with shivers: first the title is decided, then who goes into Serie B

Safety: Salernitana take on Udinese, Cagliari are in Venezia

Rossoneri exodus to Reggio, dreaming of the final Leao prodigy

Lautaro for the overtake

Fiorentina celebrate: they beat Juve (2-0) and go into the Conference League

Crazy PSG, Mbappé stays and is in charge

The striker gets a divorce with Leonardo and right to choose new coach, signings and line-up 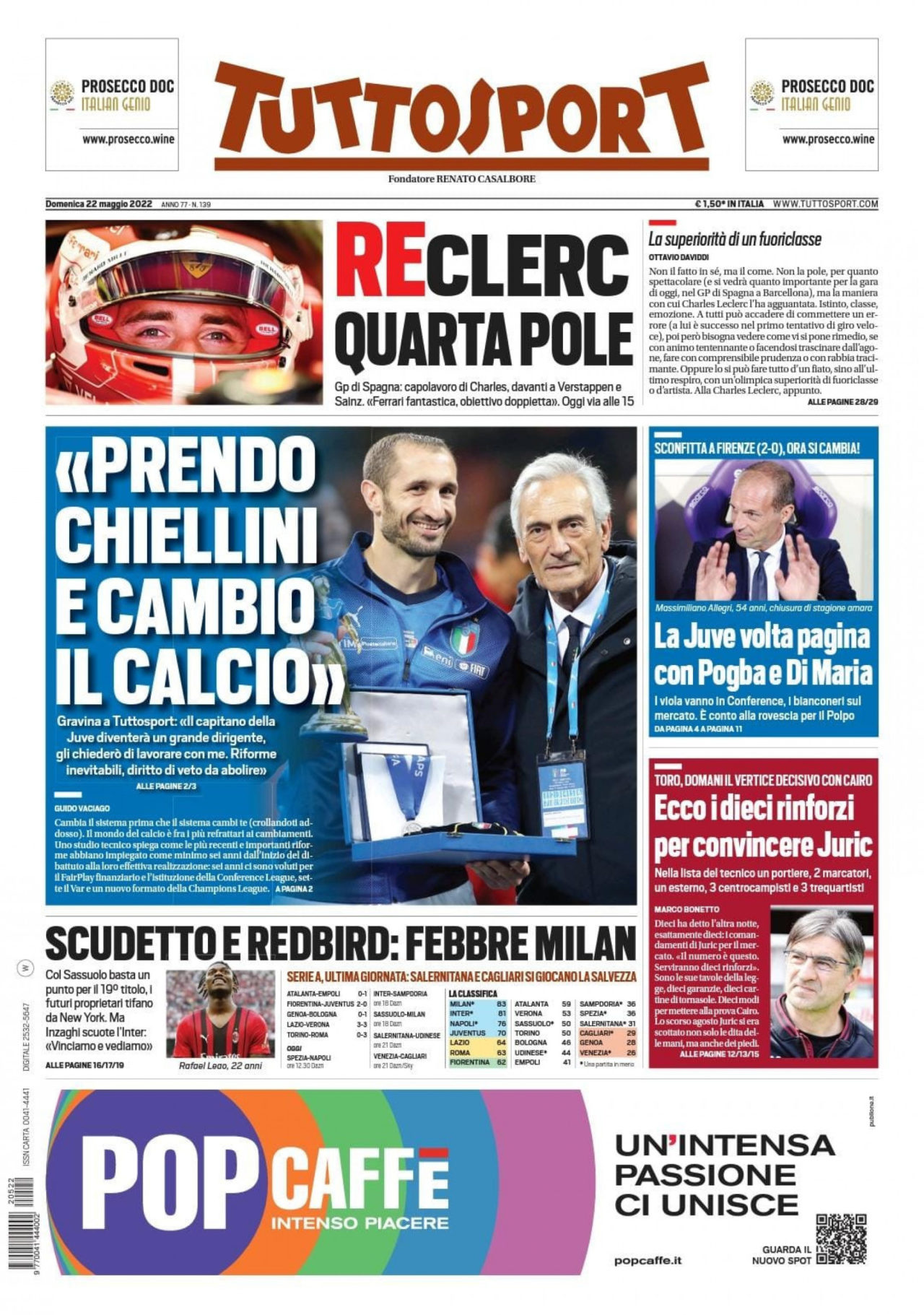 Gravina to Tuttosport: ‘The Juve captain will become a great director, I’ll ask him to work with me. Reforms are inevitable, veto capability must be abolished’

A point against Sassuolo will be enough for the 19th title, the future owners cheer on from New York

But Inzaghi shakes up Inter: ‘Let’s win and see’

Serie A, the final round: Salernitana and Cagliari fight for safety

Juve turn the page with Pogba and Di Maria

It’s a countdown for Paul

Here are 10 reinforcements to convince Juric

The coach has a list requiring a goalkeeper, two strikers, a winger, three midfielders and three trequartisti