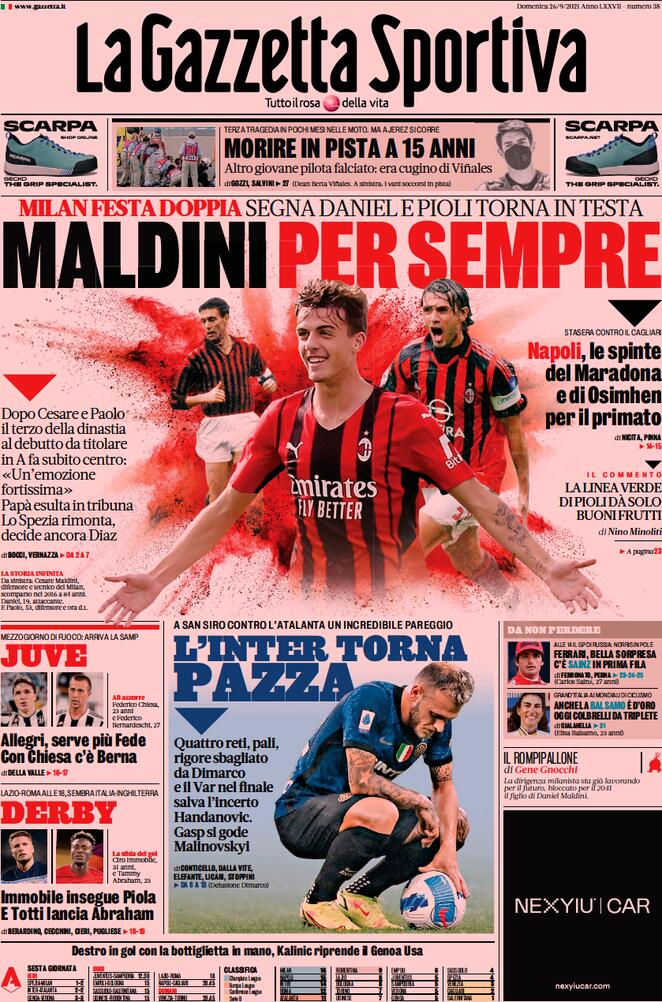 Milan, double party, Daniel scores and Pioli returns to the top
Maldini forever
After Cesare and Paolo, the third of the dynasty makes his debut as a starter. ‘A great joy’. Dad celebrates in the stands. Spezia comeback, but Diaz is decisive again

Napoli, the pushes of the Maradona and Osimhen for the leadership 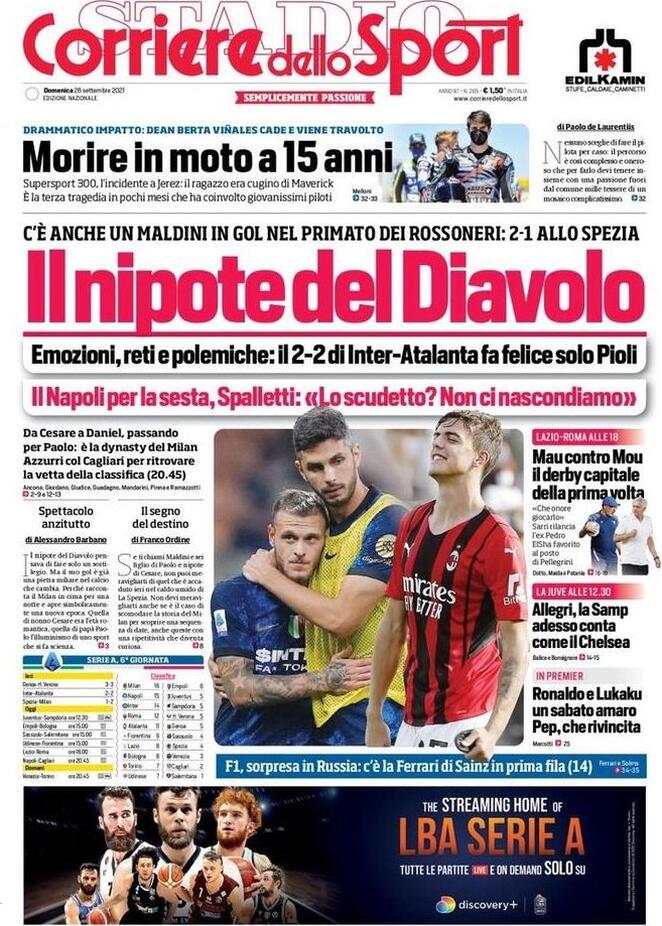 A Maldini on target as the Rossoneri return to the top
The Devil’s grandchildren
From Cesare to Daniel and Paolo. It’s Milan’s dynasty.

Azzurri against Cagliari to return to the top
Napoli for the sixth, Spalletti: ‘Scudetto? We don’t hide’
Emotions, goals, controversies: Inter’s 2-2 draw against Atalanta makes only Pioli happy

Allegri, Sampdoria is worth as much as Chelsea

Ronaldo and Lukaku, a bitter Saturday. Pep: what a revenge 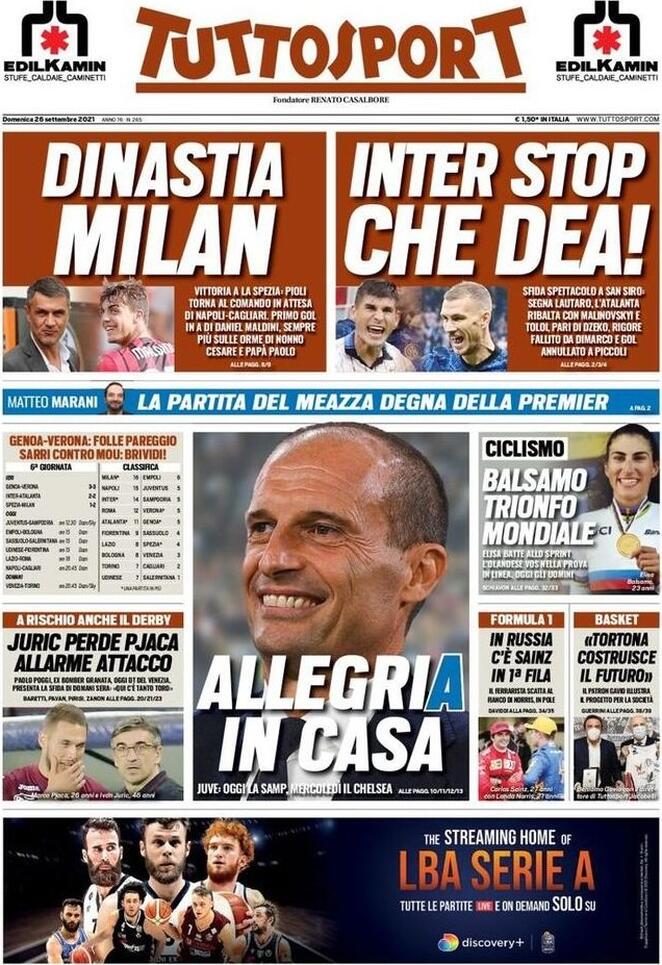 Milan dynasty
Win at La Spezia, Pioli returns to the top waiting for Napoli vs. Cagliari. First goal in Serie A for Daniel Maldini, following his grandfather and dad’s footsteps.