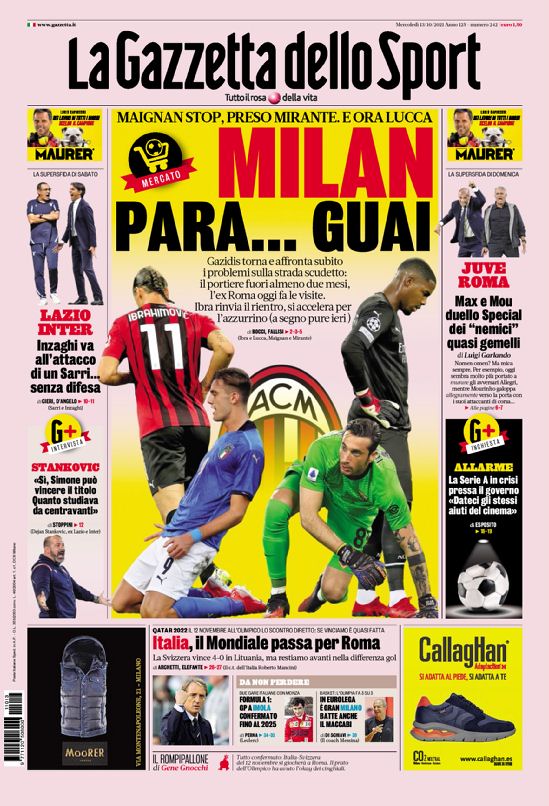 Goalkeeper out for at least two months, ex-Roma today has his medical

Ibra postpones his comeback, speed up for the Azzurrini striker (on target yesterday too)

Inzaghi on the attack against a Sarri without a defence

‘Yes, Simone can win the title. He studied so much as a centre-forward’

Max and Mou, Special duel of ‘enemies’ who are almost twins

Serie A in crisis, pressures the Government: ‘Give us the same help as cinema’

Switzerland earn 4-0 victory in Lithuania, but we remain ahead on goal difference 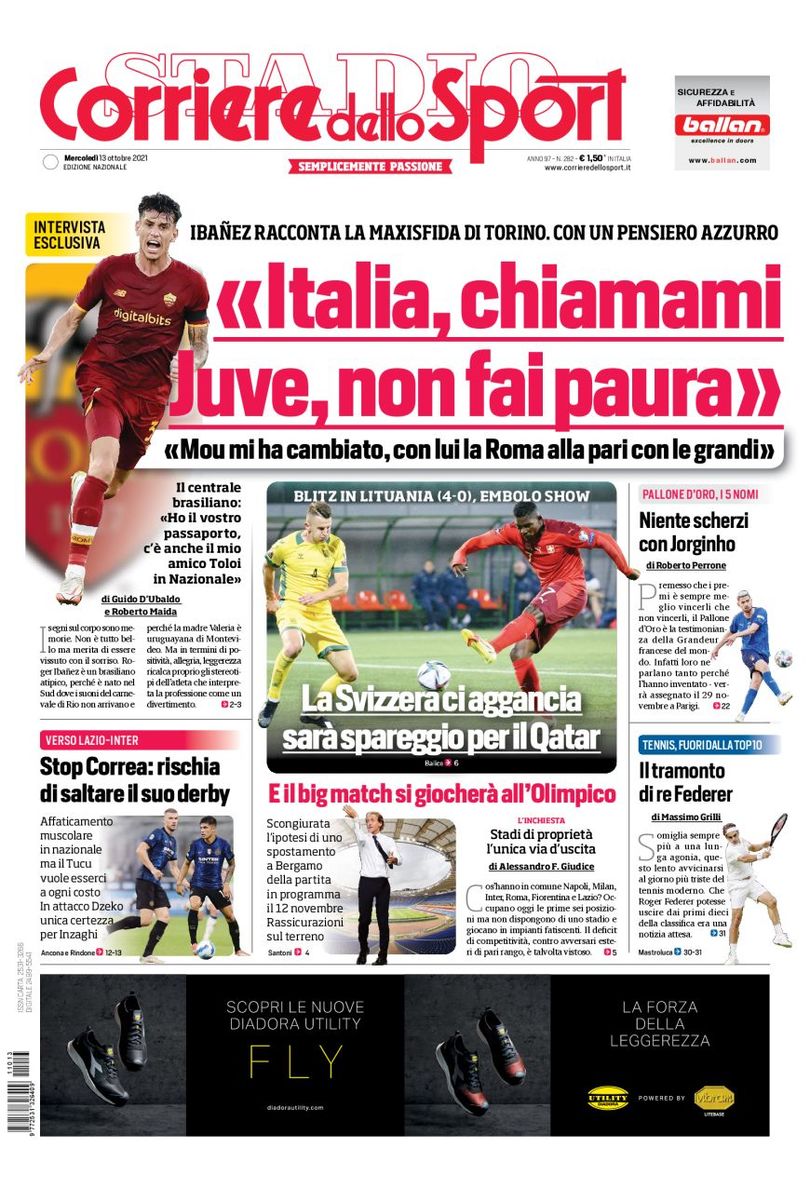 ‘Italy, call me. Juve, you are not scary’

Ibanez describes the showdown in Turin, with a thought for the Azzurri

‘Mou changed me, with him Roma are level with the big clubs’

Brazilian midfielder: ‘I have your passport, my friend Toloi is already in the Nazionale’

Switzerland catch us, it’ll be a play-off for Qatar

The big match will be played at the Olimpico

Reassurances on the pitch

Muscular problem on international duty, but Tucu wants to be there at all costs

Dzeko upfront the only certainty for Inzaghi

No kidding with Jorginho 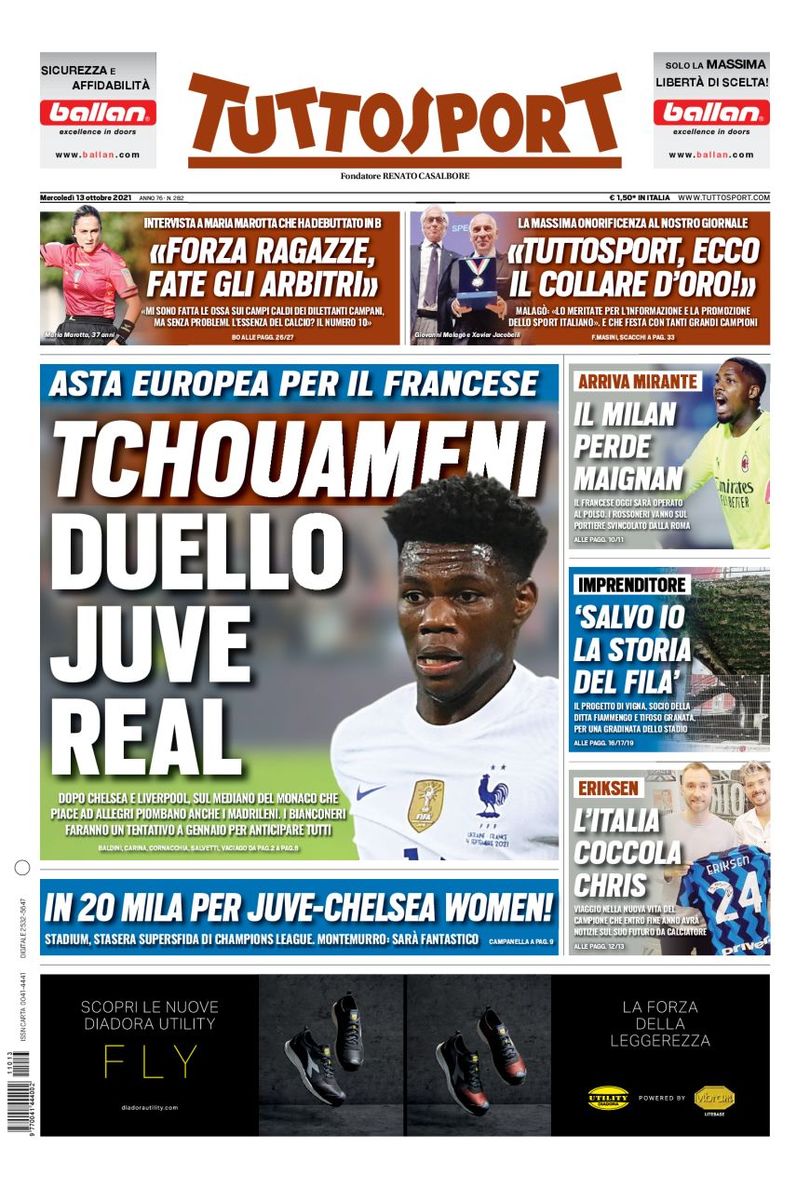 European bidding war for the Frenchman

After Chelsea and Liverpool, now the midfielder wanted by Allegri is also targeted by Madrid

Bianconeri will make an offer in January to anticipate everyone

Rossoneri go for the goalkeeper who was released by Roma

‘I will save the history of the Filadelfia’

Vigna, Granata fan and businessman, has project for stands in the stadium

Journey through the new life of the champion, who by the end of the year will have news on his future as a player

Montemurro: It will be fantastic

Maria Marotta after her Serie B debut: ‘Come on girls, become referees’

‘I made my way up through the Campania amateur leagues, but had no problems. The essence of football? The Number 10’

The maximum honour handed to our newspaper

Malagò: ‘You deserve it for the information and promotion of Italian sport’

What a celebration with great champions