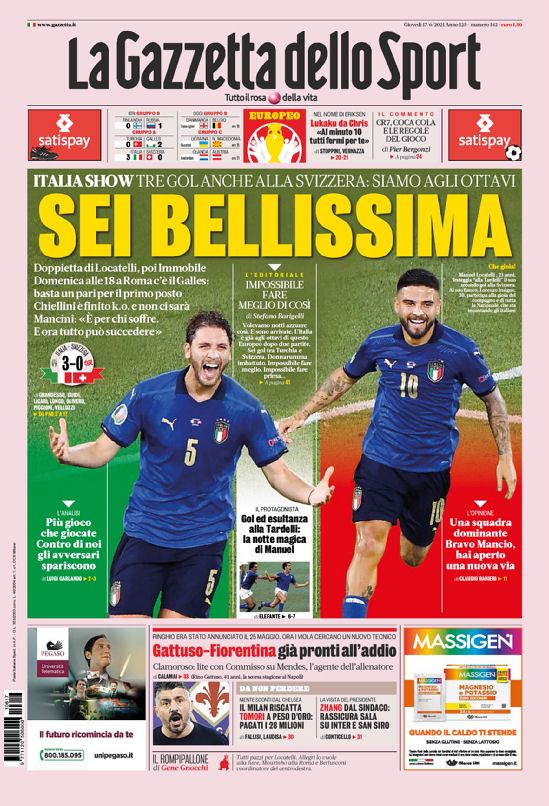 You are so beautiful

Italy show: Three goals past Switzerland too and we’re in the last 16

On Sunday in Rome there’s Wales, a draw will be enough for first place

Chiellini is KO and won’t be there

Mancini: ‘This is for those who are suffering. Now anything could happen’

The opponents disappear against us

Ranieri: A dominant team. Bravo Mancio, you have opened a new path

Ringho was announced on May 25, now the Viola are seeking a new coach

No discount from Chelsea

Zhang reassures the Mayor on Inter and San Siro

Visit from the President 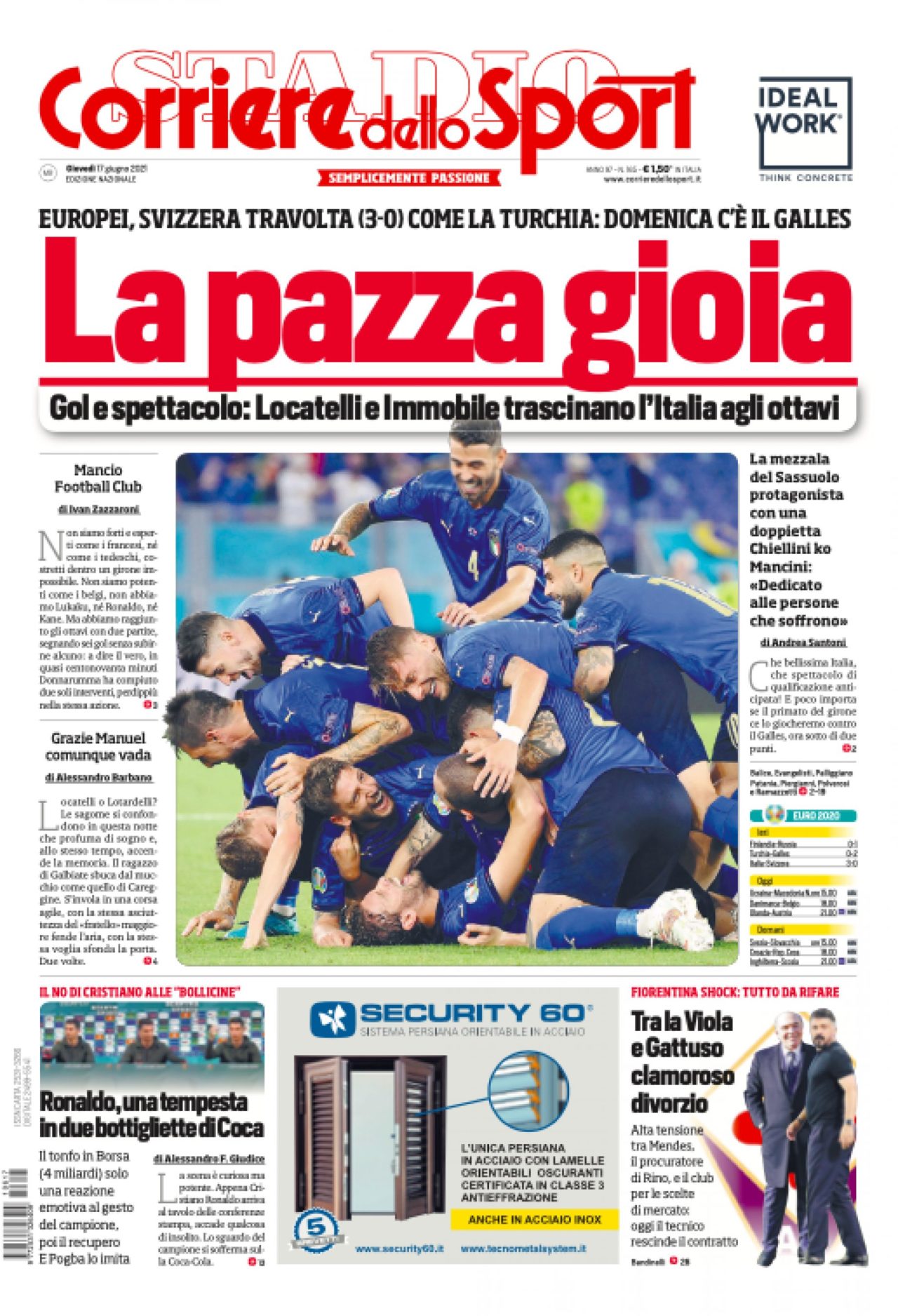 Goals and spectacle: Locatelli and Immobile drag Italy to the Round of 16

The Sassuolo midfielder is the protagonist with a brace

Mancini: ‘Dedicated to those who are suffering’

Cristiano’s no to the ‘bubbles’

Collapse in the stock exchange (€4m) is just an emotional reaction to the champion’s gesture, then the price recovers

Incredible divorce between the Viola and Gattuso

Fiorentina shock: start all over again

Tension sky high between Mendes, who is Rino’s agent, and the club over transfer market picks

Today the coach will rescind the contract 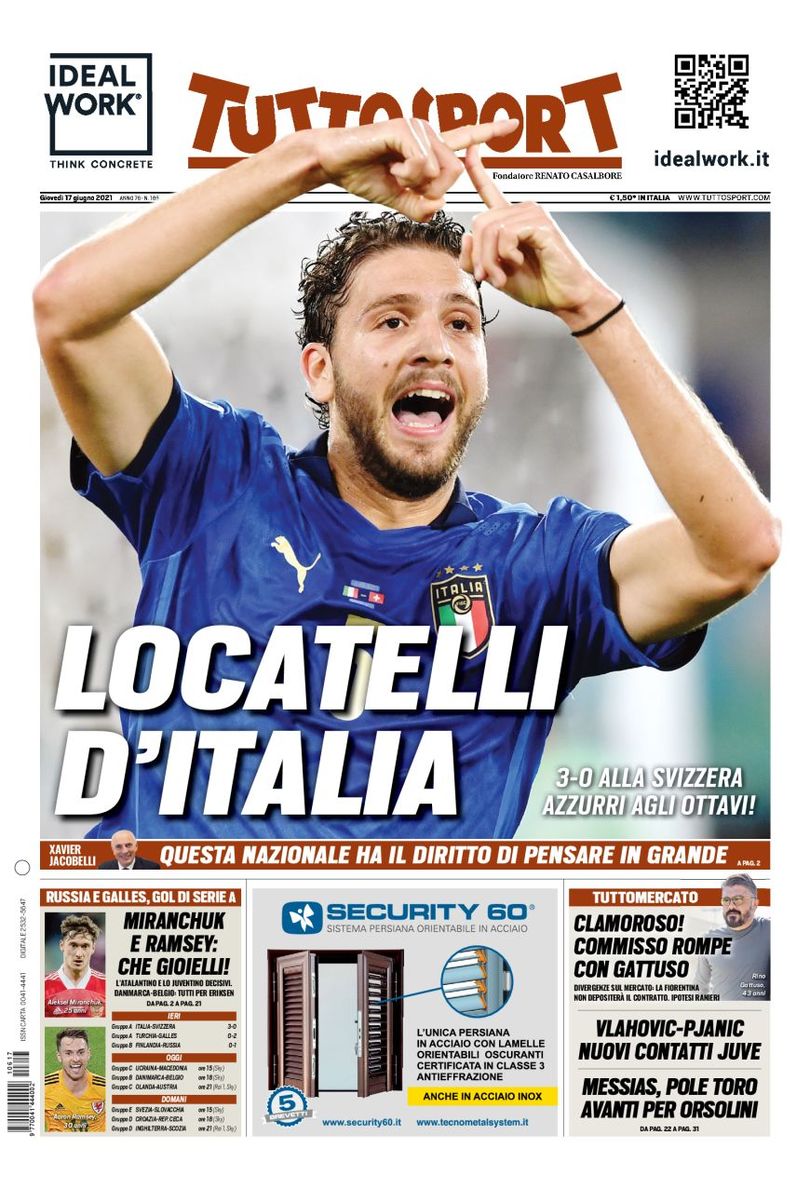 Switzerland beaten 3-0, Azzurri in the Round of 16!

This Nazionale is right to think big

Miranchuk and Ramsey: what gems!

Russia and Wales with Serie A goals

Today Denmark-Belgium, everyone for Eriksen

Divergences on the transfer market: Fiorentina will not deposit his contract

Messias, Toro in pole and forward for Orsolini