Today’s Papers – Lazio vs Inter like a derby, Milan lose Diaz too 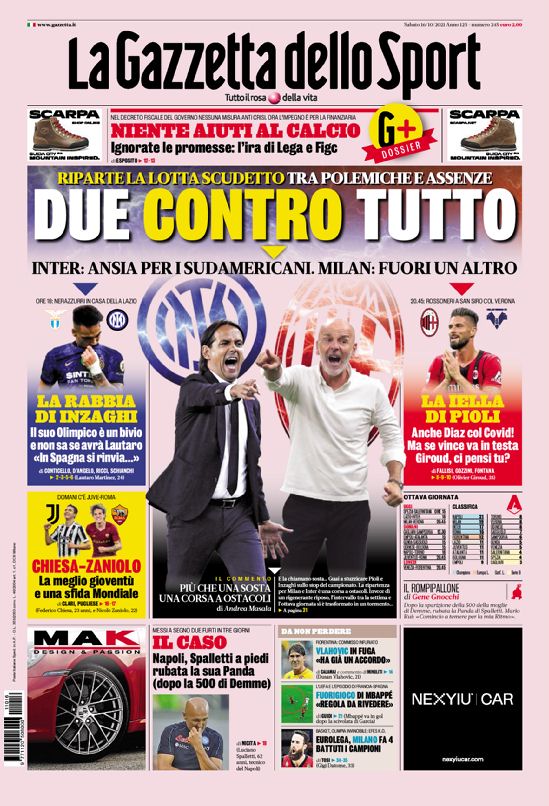 No help for football

The promises are ignored: Lega and the FIGC are angry

The Scudetto battle restarts with controversies and absences

Inter, anxious about the South Americans

Milan, another one out

The anger of Inzaghi

The Olimpico is a crossroads, and he doesn’t know if he will have Lautaro available

“In Spain they postpone”

The bad luck of Pioli

Diaz out with COVID too!

But if they win, they climb to the top. Giroud, will you take care of it?

More than a break, it’s an obstacle

The case: Spalletti walking, his Panda was stolen (after the 500 of Demme)

Vlahovic on the run: “He already has an agreement”

Mbappé’s offside: “A rule to review” 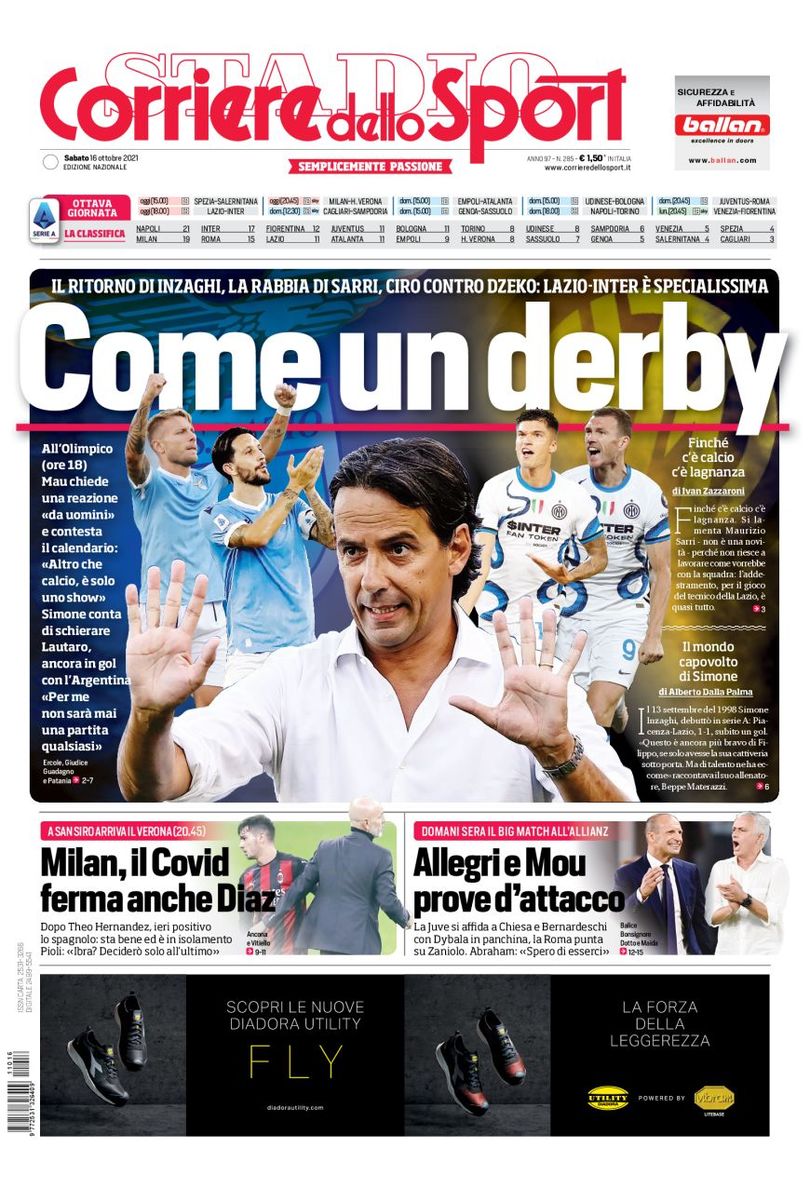 The return of Inzaghi, the anger of Sarri, Ciro against Dzeko

Lazio vs. Inter is very special

Battles the calendar: “It’s not football, it’s just a show”

“For me it will never be just like any other match”

The world turned upside down for Simone

September 13, 1998, Simone Inzaghi made his debut in Serie A: Piacenza 1-1 Lazio, scoring immediately

After Theo Hernandez, the Spanish forward tested positive yesterday. He’s doing fine and is in isolation

Pioli: “Ibra? I will decide in the last moment”

Juventus lean on Chiesa and Bernardeschi, with Dybala on the bench

Roma go with Zaniolo. Abraham: “I hope to be there” 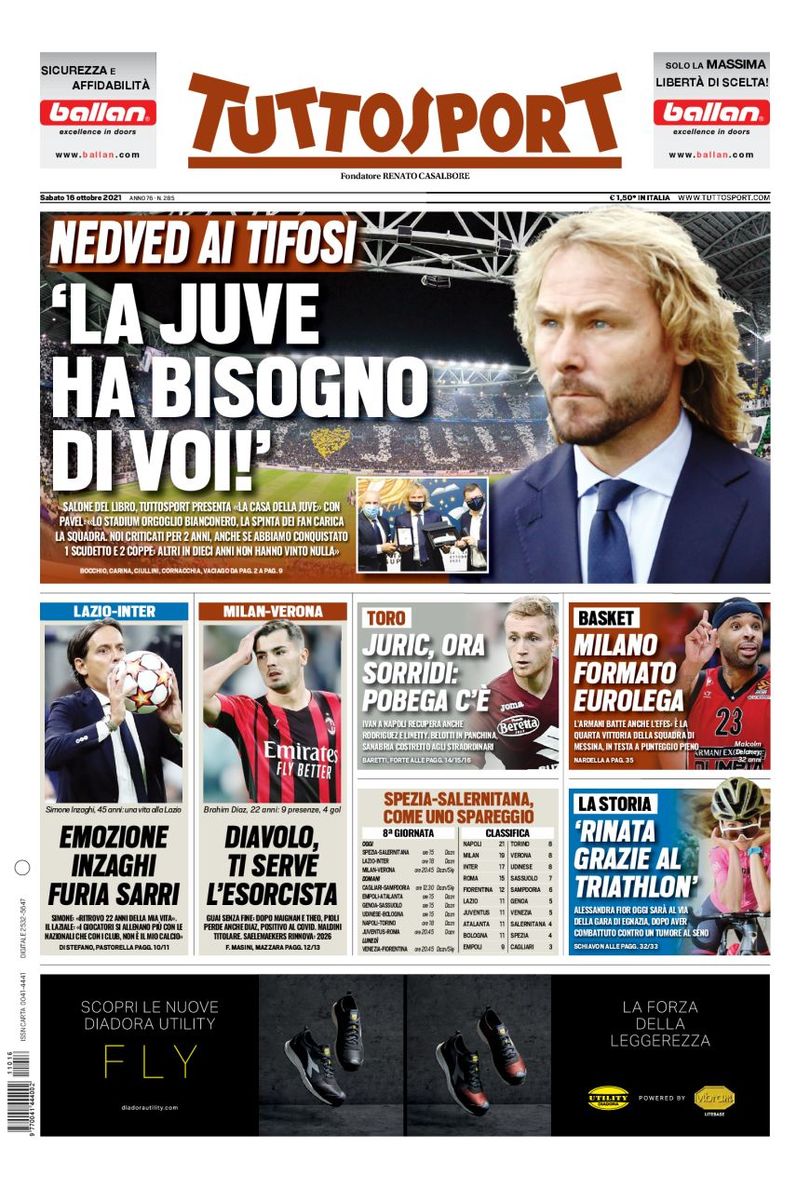 Nedved to the fans: “Juventus need you!”

“The stadium is the pride of the Bianconeri, the push from the fans lifts the team”

“We have been criticised for two years, even if we have won the Scudetto and two Cups: others haven’t won anything in 10 years”

Inzaghi: “I return where I spent 22 years of my life”

Sarri: “The players train more with the national teams than the clubs, it’s not my football”

Milan vs. Verona: The Diavolo, you need the exorcist

After Maignan and Theo, Pioli loses Diaz too. He tested positive for COVID. Maldini starting, Saelemaekers renews until 2026

Ahead of Napoli, Ivan recovers Rodriguez and Linetty too

Belotti on the bench, Sanabria forced to work overtime