Today’s Papers – Juve with Chiesa and Kean, Inter at the home of De Zerbi 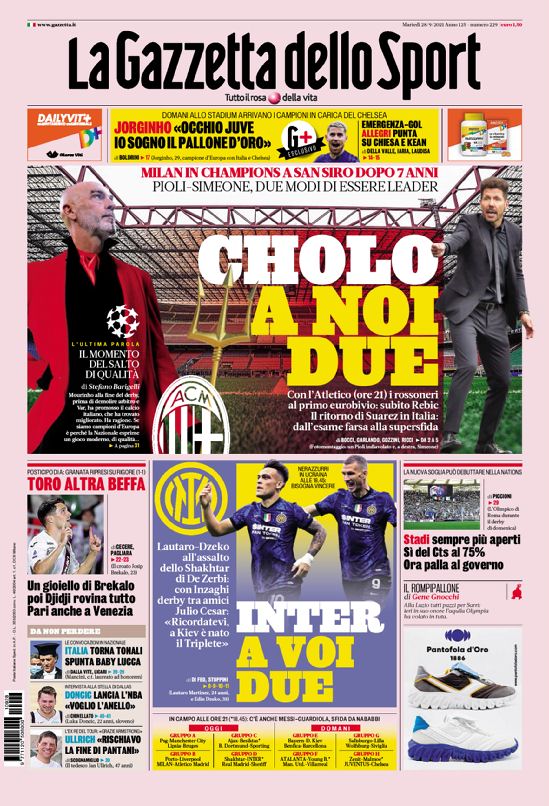 Jorginho: “Watch out, Juve. I’m dreaming of the Ballon d’Or”

Tomorrow the European champions arrive at the Allianz Stadium

Emergency, Allegri without a striker. Chiesa and Kean could be the alternative

Milan in the Champions League at San Siro after seven years

Pioli-Simeone, two ways of being a leader

Cholo for the two of us

The return of Suarez in Italy after the exam

Another mockery of Toro

A great goal by Brekalo, then Djidji ruins everything

Another draw against Venezia

Inter, for you two

A derby between friends for Inzaghi

Julio Cesar: “Remember, the Treble was born in Kiev”

Stadiums more and more open: The CTS gives green light for 75 per cent 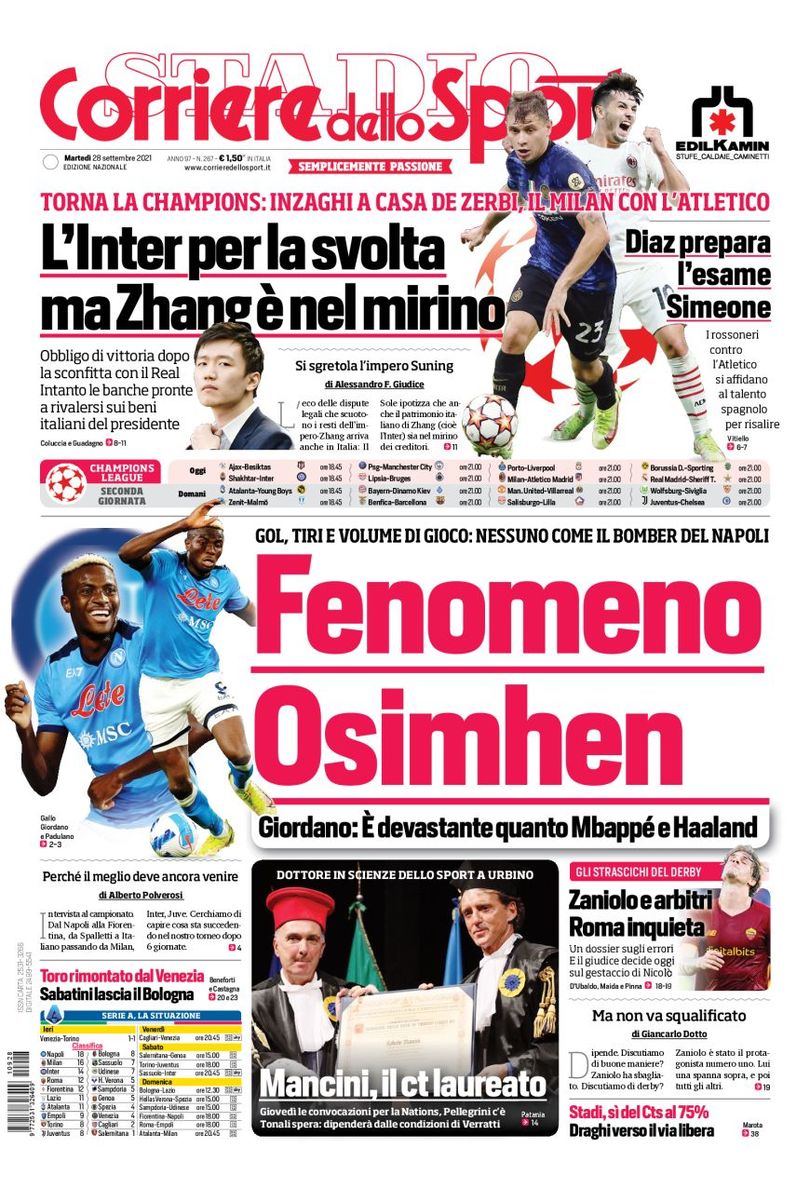 The Champions League returns: Inzaghi at the home of De Zerbi, Milan with Atletico

Inter for the turning point, but Zhang is in sight

The win is a must after the defeat to Real

Meanwhile, the banks are ready to retaliate on the President’s Italian assets

Diaz prepares for the Simeone exam

Goals, attempts and the volume of the play: no one like the Napoli striker

Giordano: He’s as devastating as Mbappé and Haaland

Why the best has yet to come

Thursday the call up for the Nations League: Pellegrini’s there, Tonali hopes. It depends on Verratti’s conditions

A dossier of errors. The Sporting Judge decides on the gesture of Nicolò

The CTS says yes to 75 per cent in stadiums

Draghi set to give the green light 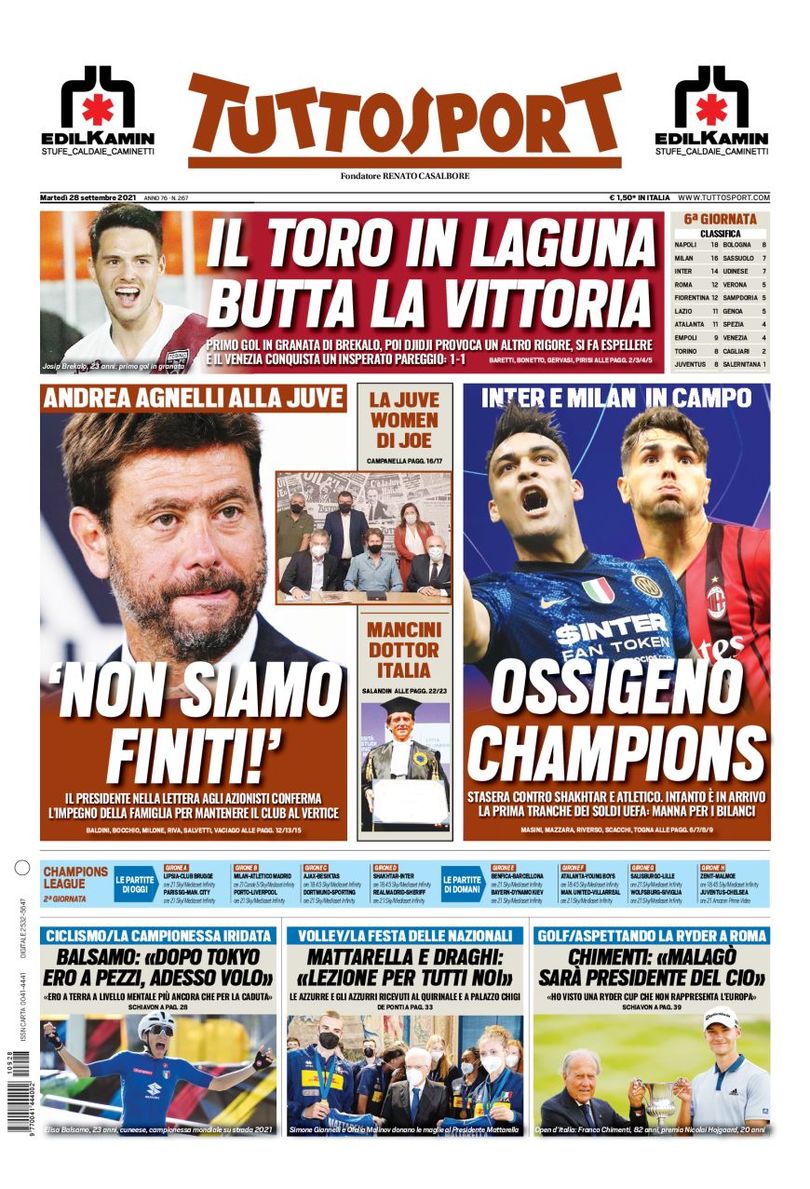 Toro in the lagoon, throwing away the win

First goal with the Granata for Brekalo, then Djidji makes another penalty

He’s sent off and Venezia wins an inspired draw: 1-1

Agnelli on Juve: “We are not finished”

Inter and Milan on the pitch

Tonight, against Shakhtar and Atletico. The first tranche of the UEFA money is on its way: windfall for the budgets