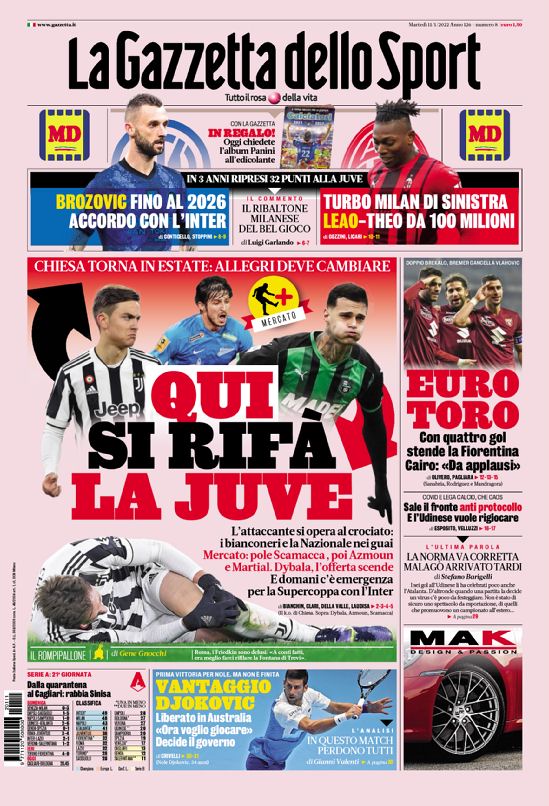 Here is how Juve will be rebuilt

Chiesa returns in the summer: Allegri has to change

The forward needs surgery on his anterior cruciate ligament: Bianconeri and Nazionale in trouble

Transfers: Scamacca in pole, then Azmoun and Martial

Dybala, the offer is lowered

Tomorrow there’s an emergency for the Supercoppa with Inter

Anti-protocol front is growing, and Udinese want to play again

COVID and the Lega Calcio, what chaos

Brozovic until 2026, agreement with Inter

Turbo Milan on the left

In 3 years they have taken back 32 points from Juve

From quarantine to Cagliari: Sinisa anger 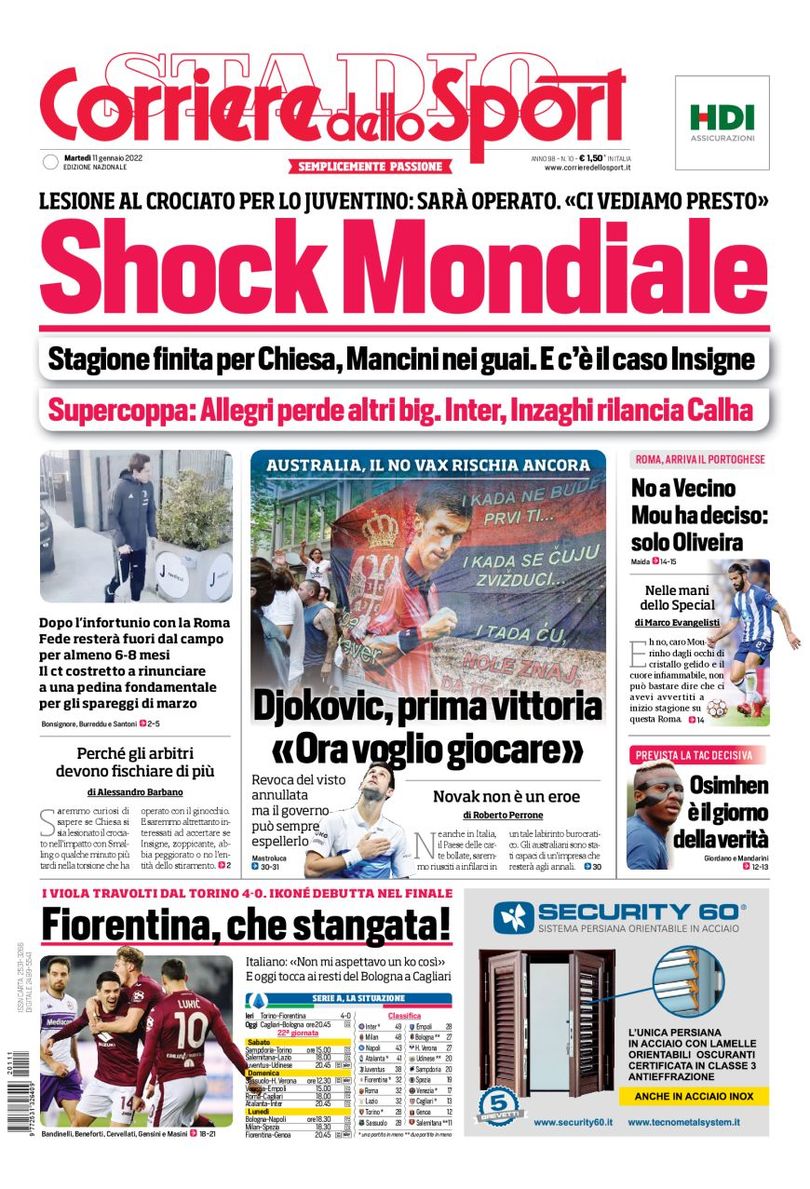 Cruciate ligament tear for the Juventus man: he will go under the knife

‘We’ll see each other soon’

Season over for Chiesa, Mancini in trouble, and there’s the Insigne issue too

After the injury with Roma, Fede will be out for at least 6-8 months

No to Vecino, Mou has decided: only Oliveira

Portuguese player will arrive for Roma

Osimhen and the day of truth

Fiorentina, what a hammering!

Viola flattened by Torino 4-0, Ikone debuts at the end

Italiano: ‘I did not expect a KO like this’

And today what remains of Bologna will face Cagliari 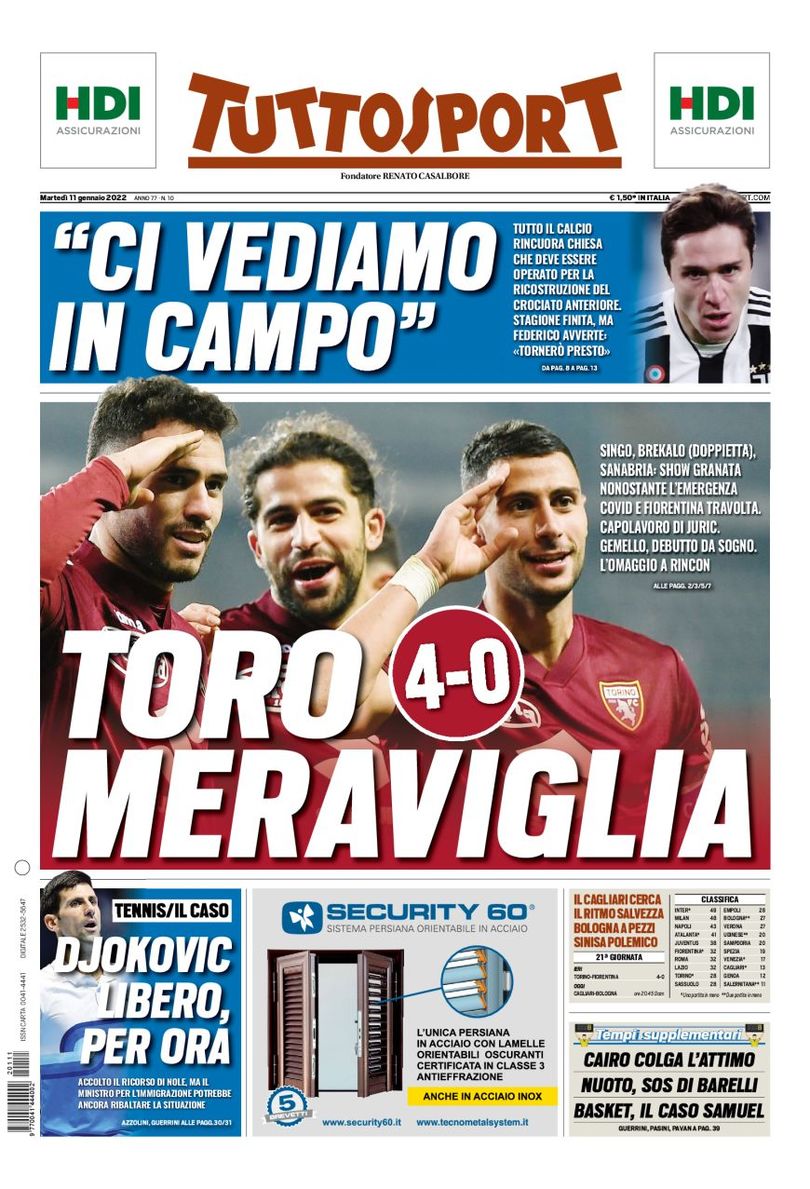 ‘We’ll see each other on the pitch’

All of football reassures Chiesa, who must have surgery on the anterior cruciate ligament

Season over, but Federico warns: ‘I will be back soon’

Cagliari seeks the pace of safety

Cairo must take the opportunity