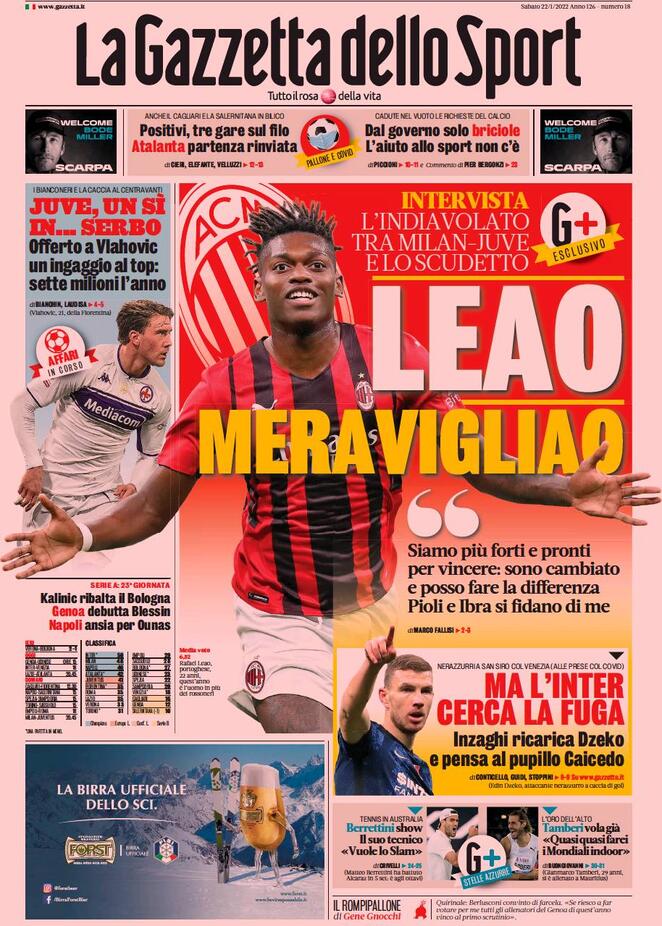 Positives, three games on the brink

Interview: unleashed between Milan-Juve and Scudetto

‘We are stronger and ready to win. I’ve changed and I can make the difference. Pioli and Ibra trust me’

But Inter are ready to run away.

A top salary offered to Vlahovic: €7 per year 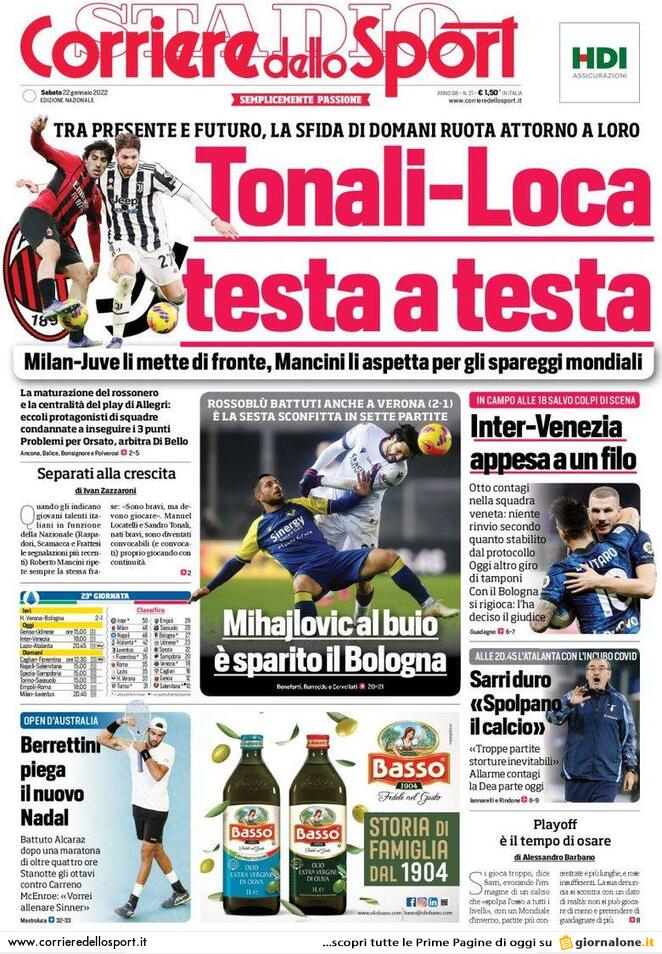 Between present and future, tomorrow’s match rotates around them

Milan-Juve put them face to face, Mancini is waiting for them for the play-offs

The maturation of the Rossonero and the centrality of Allegri’s playmaker, they are the protagonists of two teams that must get the three points. Problems for Orsato, Dei Bello to referee.

Mihajlovic in the dark, Bologna disappears

Inter-Venezia is on the brink. Eight players are positive at Venezia. No postponement as provided by the protocol, new round of swab tests today.

The judge decides to replay the match with Bologna

Sarri: ‘They are impoverishing football’ 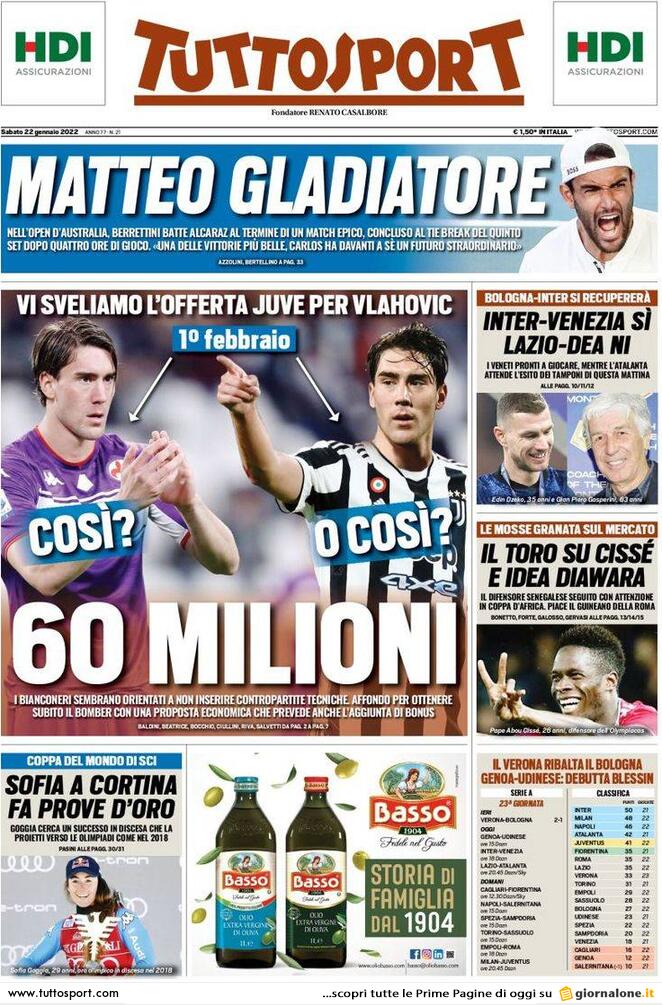 Here’s the offer for Vlahovic

The Bianconeri seem willing not to include players in the deal. Attempt to sign the bomber in January with an offer which includes bonuses

The Veneti are ready to play, Atalanta waiting for this morning’s tests