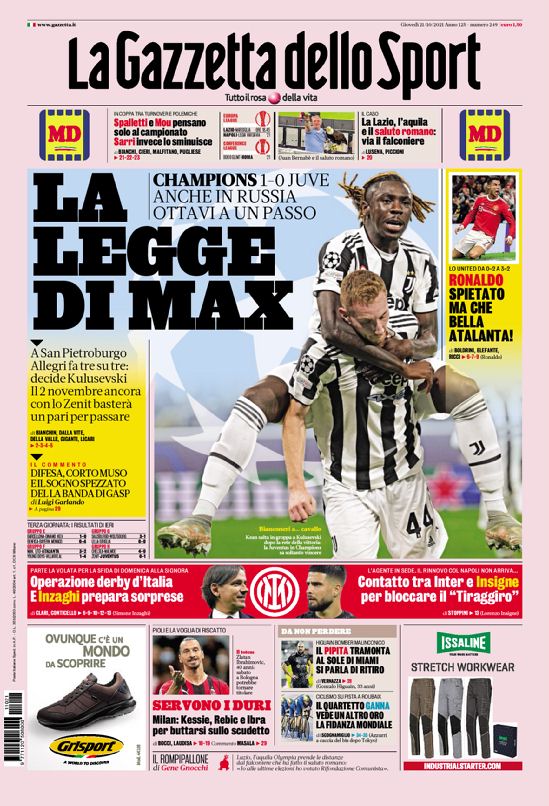 Champions League: 1-0 Juve in Russia too, Round of 16 on the verge

Allegri makes it three out of three in St Petersburg: Kulusevski decides

On November 2 with Zenit again, a draw will be enough to qualify

Ronaldo ruthless, but what a beautiful Atalanta!

Spalletti and Mou focus only on Serie A

Sarri instead diminishes it

Squad rotation and controversy in the cup competitions

Lazio, the eagle and the Roman salute: falconer suspended

The sprint towards Sunday’s showdown with the Old Lady

Contact between Inter and Insigne to book the ‘Tiraggiro’

Agent at their headquarters, renewal with Napoli isn’t happening

Milan: Kessie, Rebic and Ibra to go for the Scudetto

Pioli and the desire to hit back

Pipita sets in the sun of Miami, talking about retirement 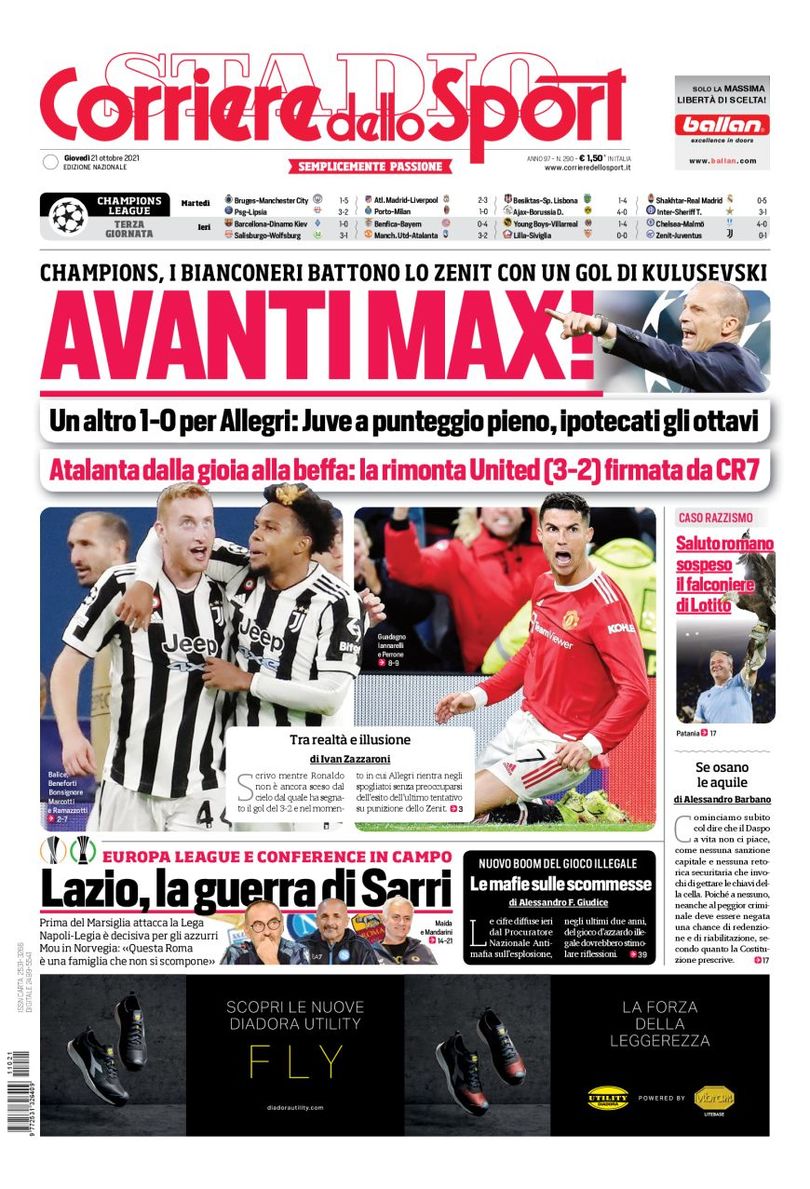 Another 1-0 for Allegri: Juve on full points, can taste a place in the final 16

Atalanta from joy to despair: United comeback (3-2) sealed by CR7

Before Marseille, he attacks the Lega Serie A

Napoli-Legia is decisive for the Azzurri

Mou in Norway: ‘This Roma is a family that doesn’t fall apart’ 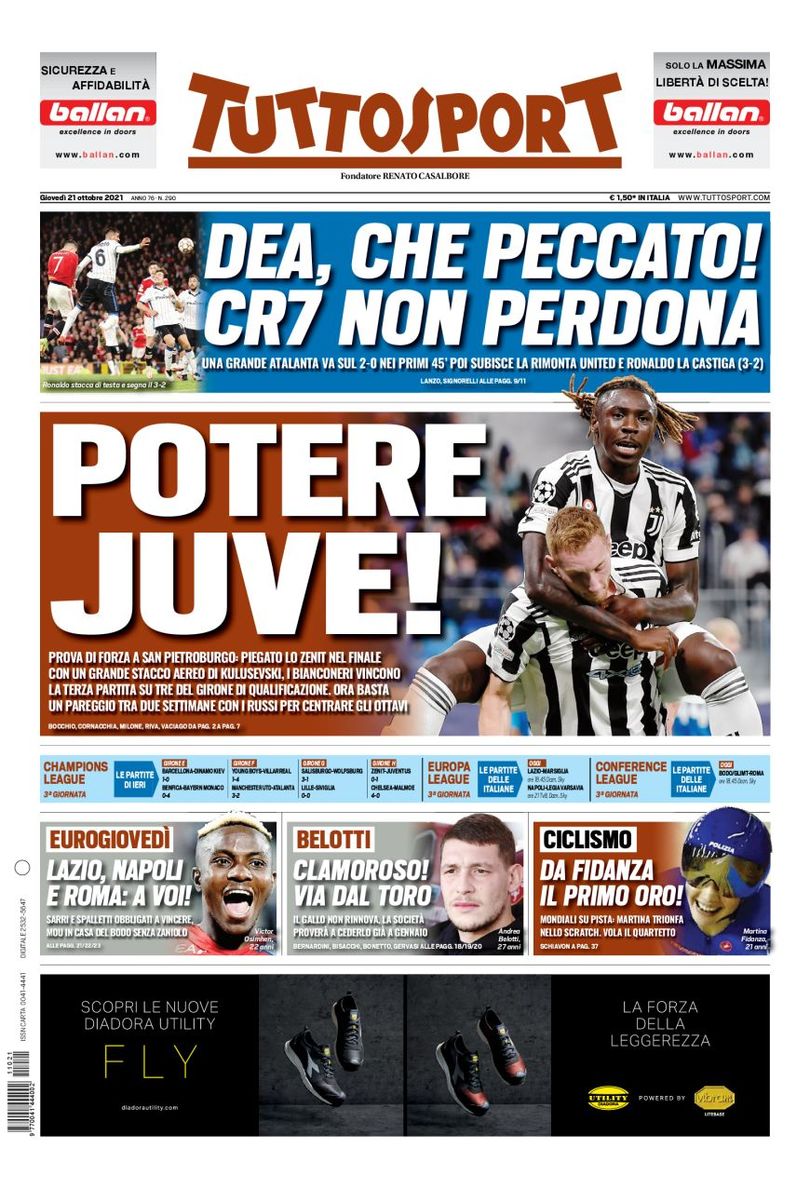 Show of strength in St Petersburg: Zenit beaten in the final minutes with a great Kulusevski header

Dea, what a pity!

A great Atalanta go 2-0 up in the first 45 minutes, then suffer the United comeback and Ronaldo punishment (3-2)

Gallo won’t renew, the club will try to sell him in January