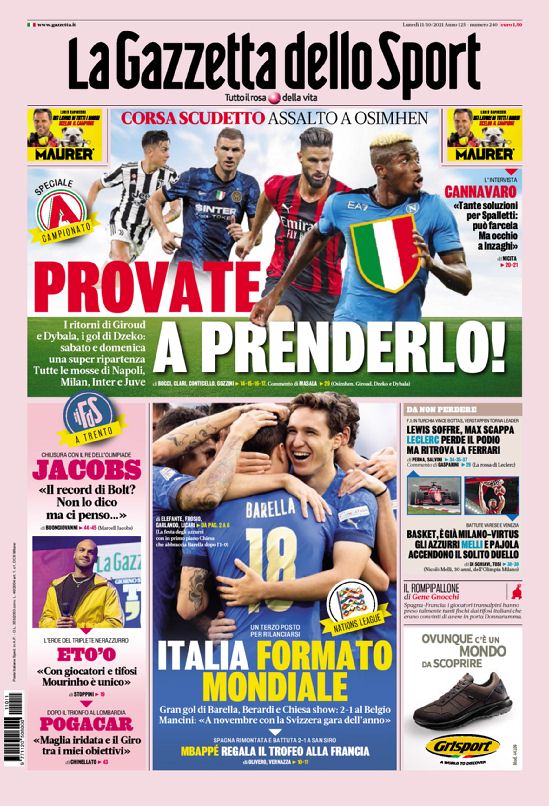 Try and catch him!

Return of Giroud and Dybala, Dzeko goals: Saturday and Sunday the league is back

All the moves for Napoli, Milan, Inter and Juve

‘Many solutions for Spalletti: he can make it. But watch out for Inzaghi’

Mancini: ‘In November the game of the year against Switzerland’

Mbappé gives the trophy to France

Eto’o: ‘With players and fans, Mourinho is unique’

Hero of the Nerazzurri Treble 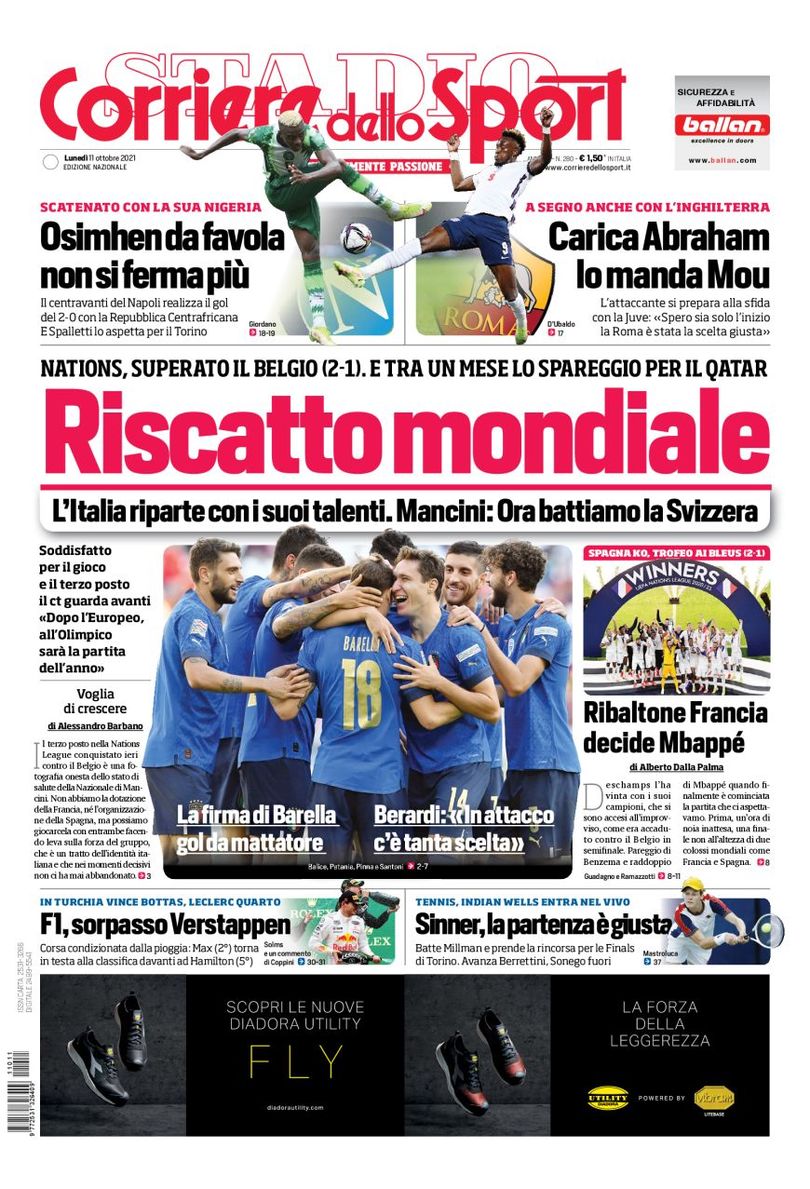 Nations League, Belgium beaten 2-1 and in a month there’s the showdown for Qatar

Italy reboot with its talents

Satisfied with performance and third place, the CT looks ahead: ‘After the Euros, the game of the year will be at the Olimpico’

Berardi: ‘Many choices in attack’

Spalletti waits for him against Torino

Abraham fired up, Mou sends him

On target for England too

Striker prepares to take on Juve: ‘I hope this is just the beginning. Roma was the right choice’ 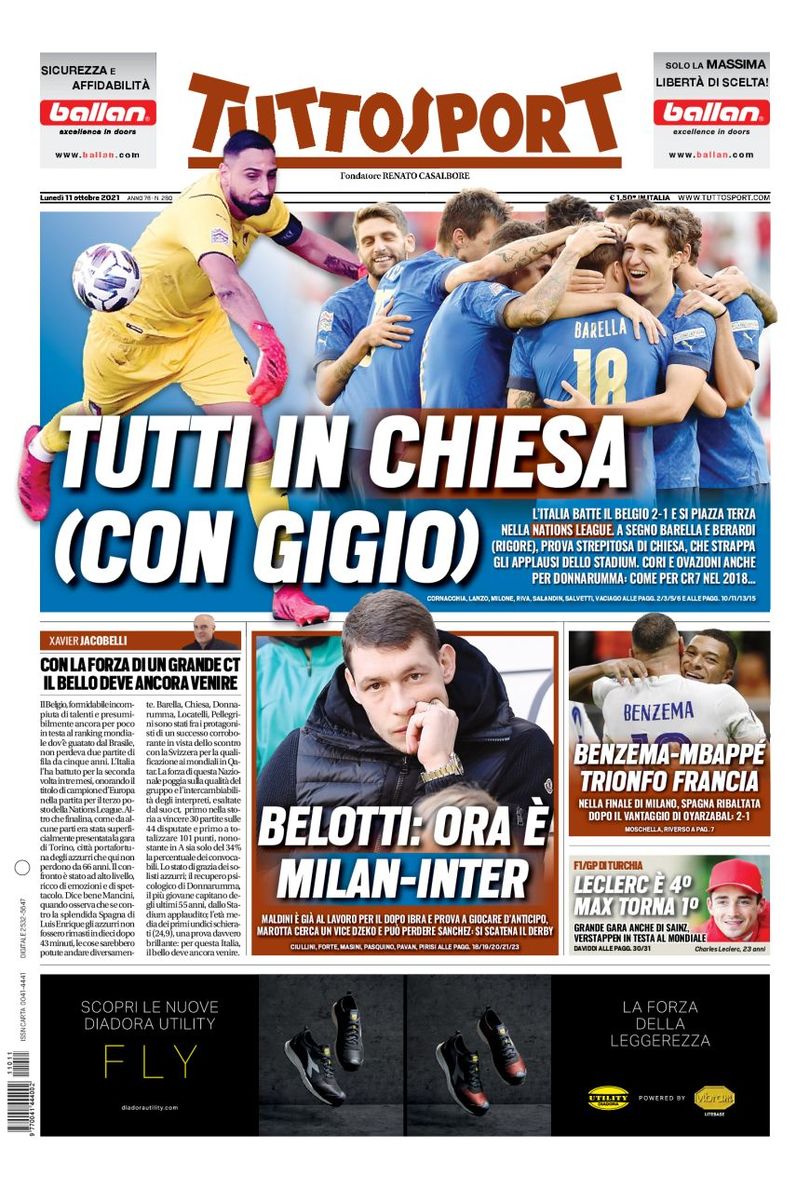 All behind Chiesa (with Gigio)

Barella and Berardi (penalty) on target, great performance from Chiesa, who is applauded by the Stadium crowd

Chants and ovation also for Donnarumma: just like CR7 in 2018…

In the Milan Final, Spain overturned after Oyarzabal opener: 2-1

Marotta seeking an understudy for Dzeko and could lose Sanchez: let the derby begin