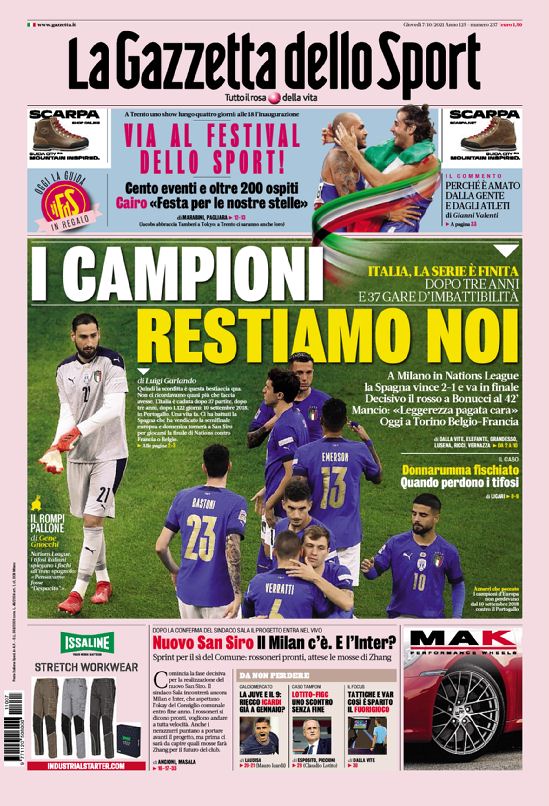 We remain the champions

Italy, the run is over, after three years and 37 games unbeaten

Mancio: ‘We paid a heavy price for that’

Donnarumma jeered, when the fans lose

Milan are ready. And Inter?

After Mayor Sala wins re-election, the project goes into the next stages

Sprint to get a yes from the Council: Rossoneri await Zhang’s move

Juve and the 9: Icardi in January?

Tactics and VAR, this is how offside has disappeared 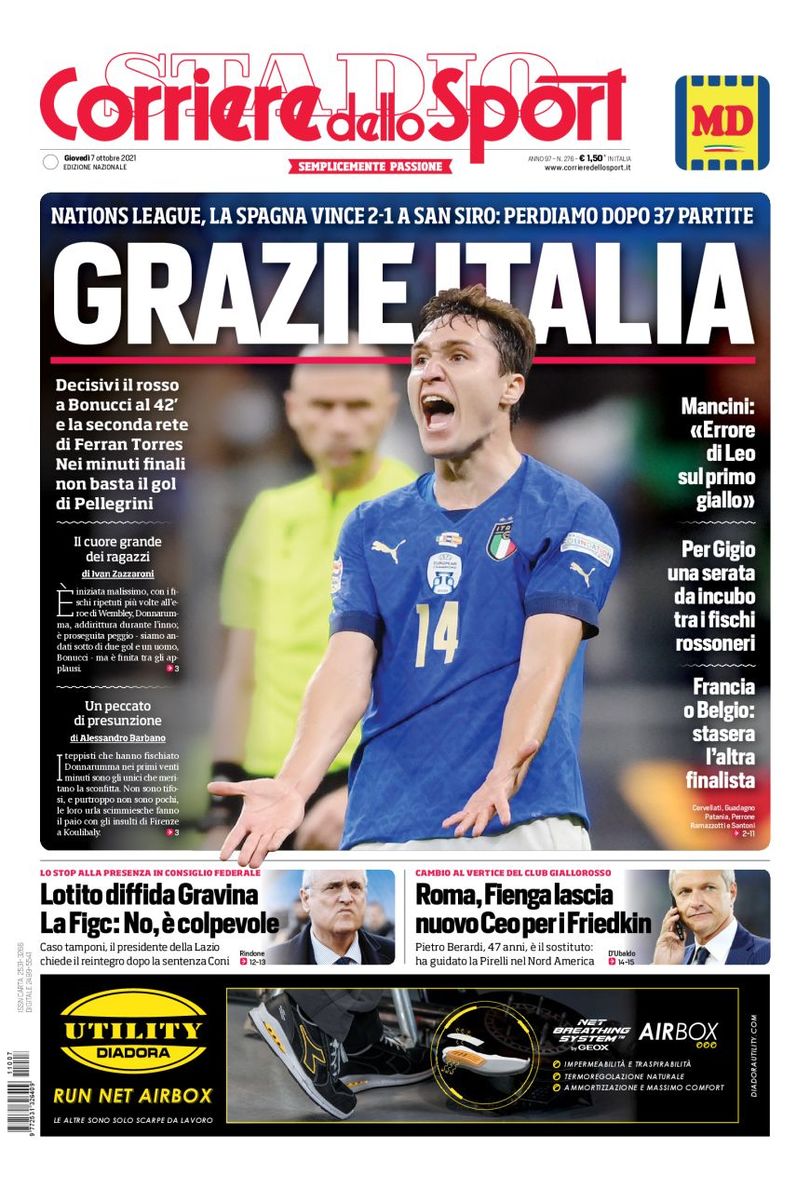 Nightmare for Gigio amid Rossoneri jeers

France or Belgium: tonight the other finalist

FIGC: No, he is guilty

Excluded from the Federal council

Swabs controversy, Lazio President demands to be let back in after CONI appeal

Change at the head of the Giallorossi

Pietro Berardi, 47 years old, is his replacement: he ran Pirelli in North America 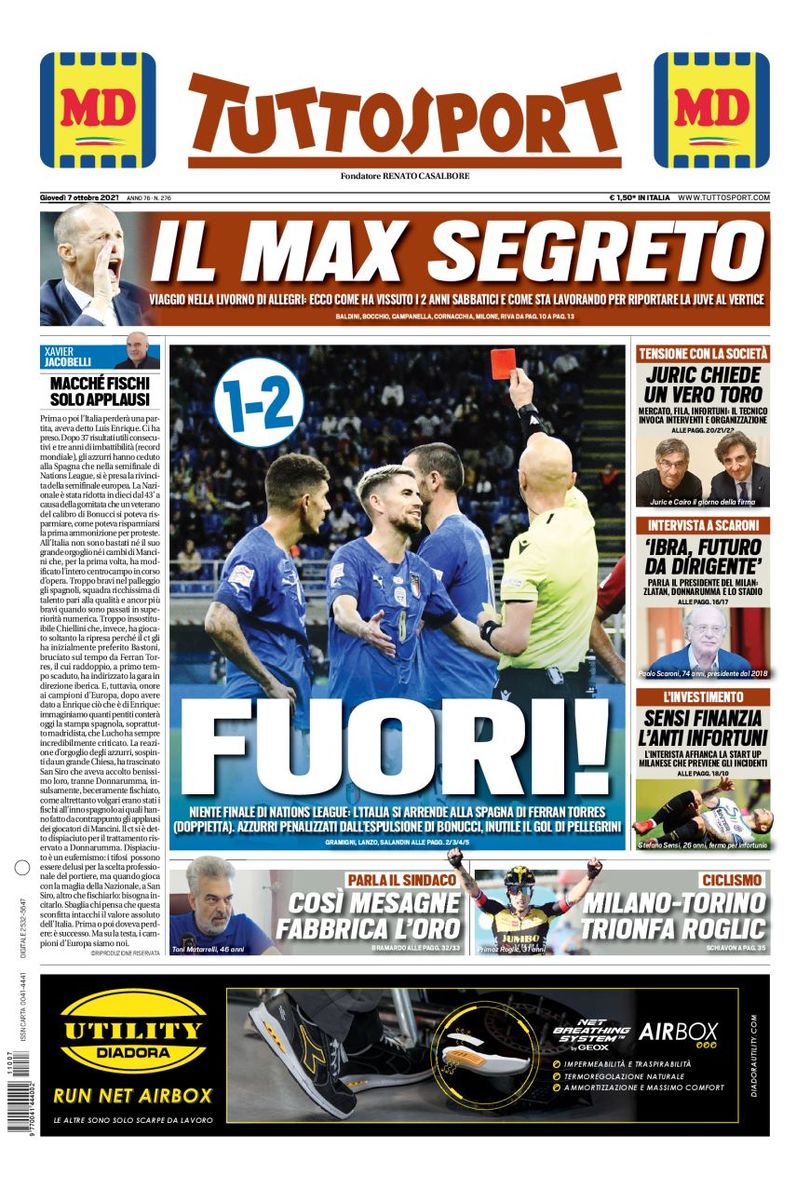 Travel through Allegri’s Livorno: here is how he experienced two years of sabbatical and how he’s working to get Juve back to the top

Tension within the club

Juric asks for a real Toro

Market, Filadelfia, injuries: the coach calls for intervention and organisation

Scaroni: ‘Ibra, future as a director’

Milan President speaks about Zlatan, Donnarumma and the stadium