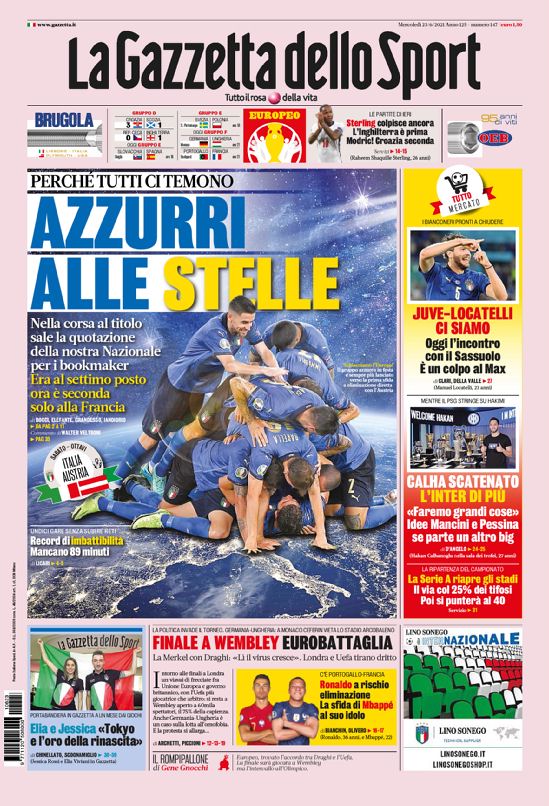 Azzurri among the stars

Why everyone fears us

We were in seventh place, now second only to France

Now 11 games in a row without conceding

Politics invade the tournament: Germany-Hungary, in Munich the stadium lit up with a rainbow

Merkel with Draghi: ‘The virus is increasing there’

London and UEFA carry on regardless

Mancini and Pessina ideas if another big player leaves

Serie A reopens its stadiums, starting with 25 per cent, then targeting 40

Plans for the start of next season 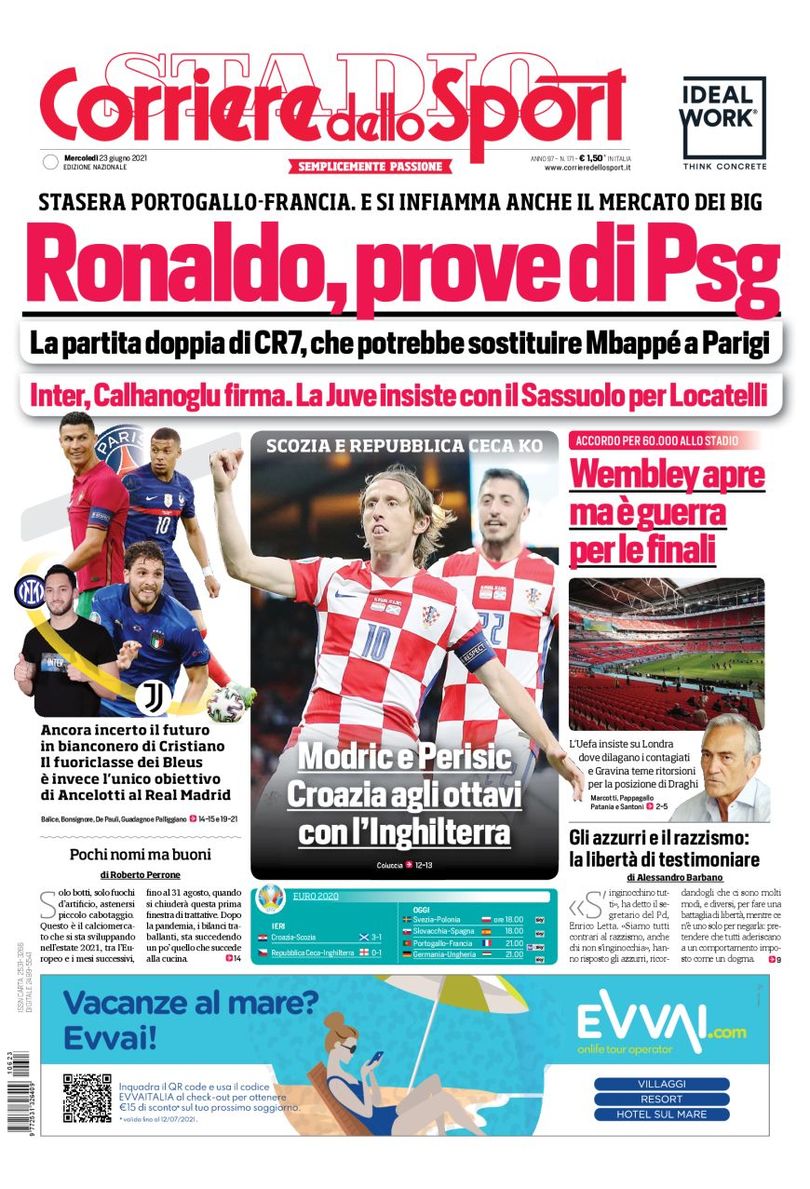 Tonight Portugal-France and the transfer market lights up too

The double match for CR7, who could replace Mbappé in Paris

Juve insist with Sassuolo for Locatelli

Modric and Perisic, Croatia into the last 16 with England

Wembley opens, but it’s a war for the finals

UEFA insist on London, where new cases are soaring, and Gravina fears repercussions for Draghi’s position

Azzurri and racism: the freedom to give views 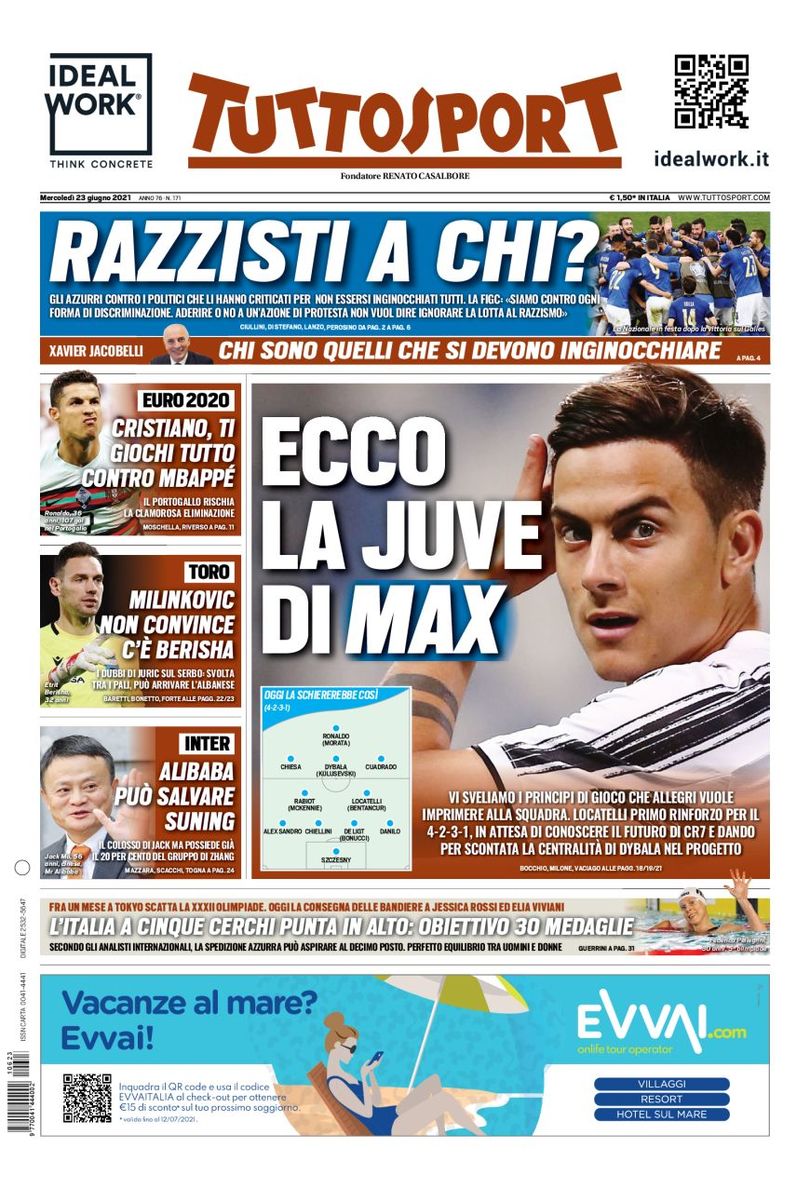 Locatelli first reinforcement for the 4-2-3-1, awaiting the future of CR7 and taking Dybala’s centrality to the project for granted

Who are you calling racist?

FIGC: ‘We are against all forms of discrimination. Adhering or not to a protest does not mean ignoring the fight against racism’

Cristiano, you are gambling it all against Mbappé

Juric doubts over the Serbian, Albanian could arrive between the sticks

Inter: Alibaba can save Suning