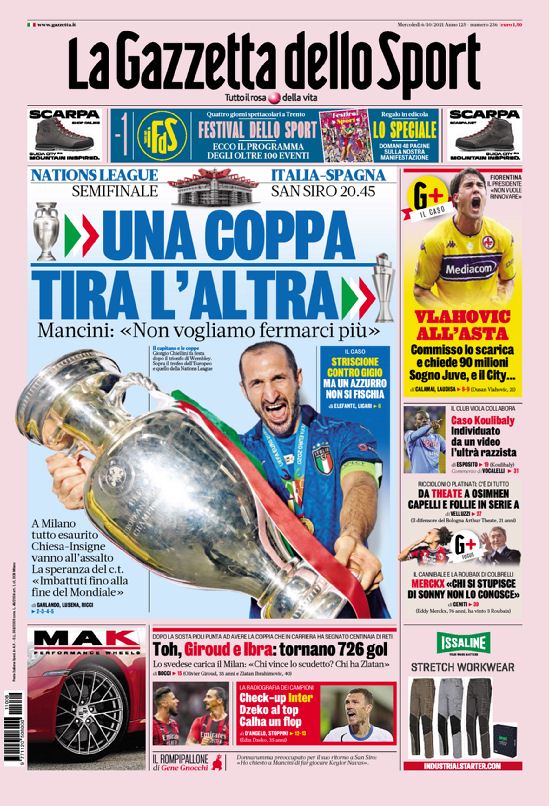 ‘One trophy leads to another’

Mancini: ‘We don’t want to stop’

Sold out in Milan

CT’s hope: ‘Unbeaten until the end of the World Cup’

Banner against Gigio, but you shouldn’t jeer an Azzurri player

Commisso dumps him and asks for €90m

Dream is Juve, while City…

From Theate to Osimhen, hair and crazy quirks in Serie A

Curls or bleached tresses, there’s every kind of style

After break for international duty, Pioli hopes to have the pair who in their careers scored hundreds of times

Swede fires up Milan: ‘Who wins the Scudetto? Whoever has Zlatan’

Dzeko at the top, Calha a flop

X-Ray analysis of the reigning champions 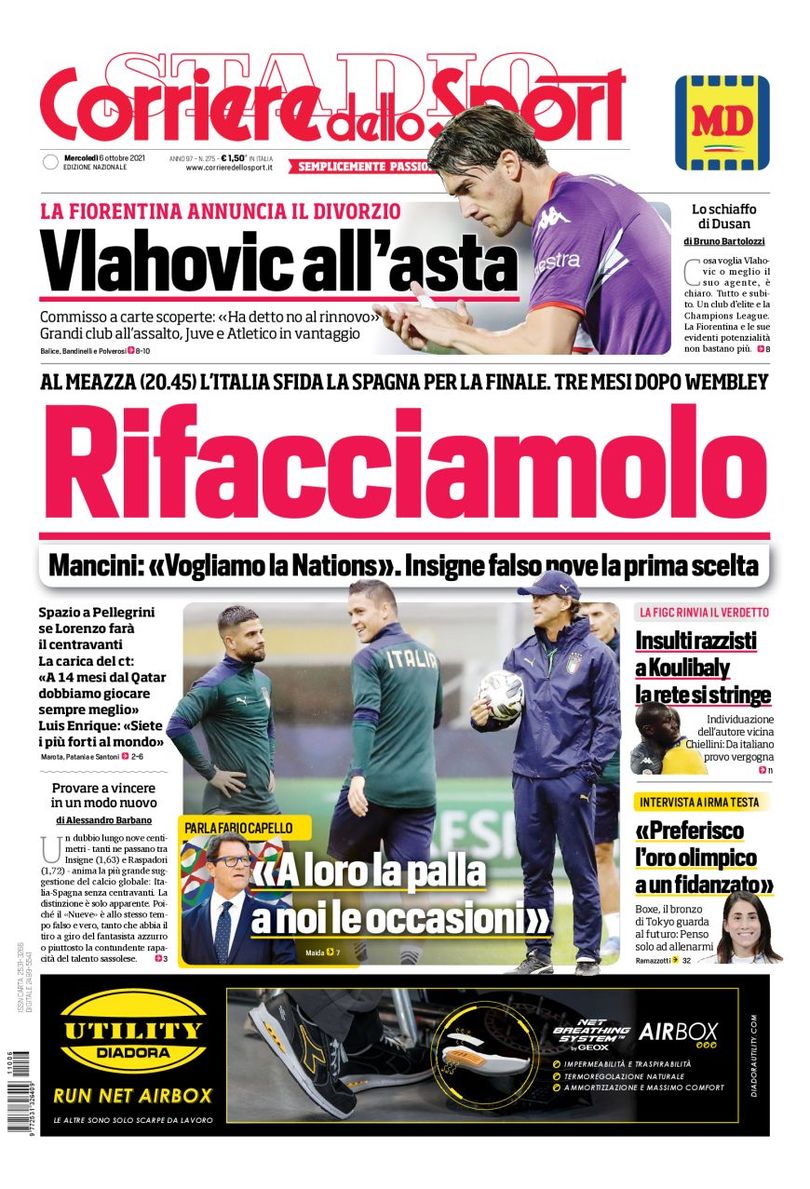 Let’s do it again

At the Meazza, Italy take on Spain for the Final, three months after Wembley

Mancini: ‘We want the Nations League’

Space for Pellegrini if Lorenzo acts as centre-forward

CT fired up: ‘With 14 months until Qatar, we have to keep getting better’

Luis Enrique: ‘You’re the best in the world’

Fabio Capello: ‘They can keep the ball, we’ll have the chances’

Close to identifying the guilty individuals

Chiellini: As an Italian, I am ashamed

Commisso out in the open: ‘He said no to a renewal’

Big clubs lining up, Juve and Atletico lead the way 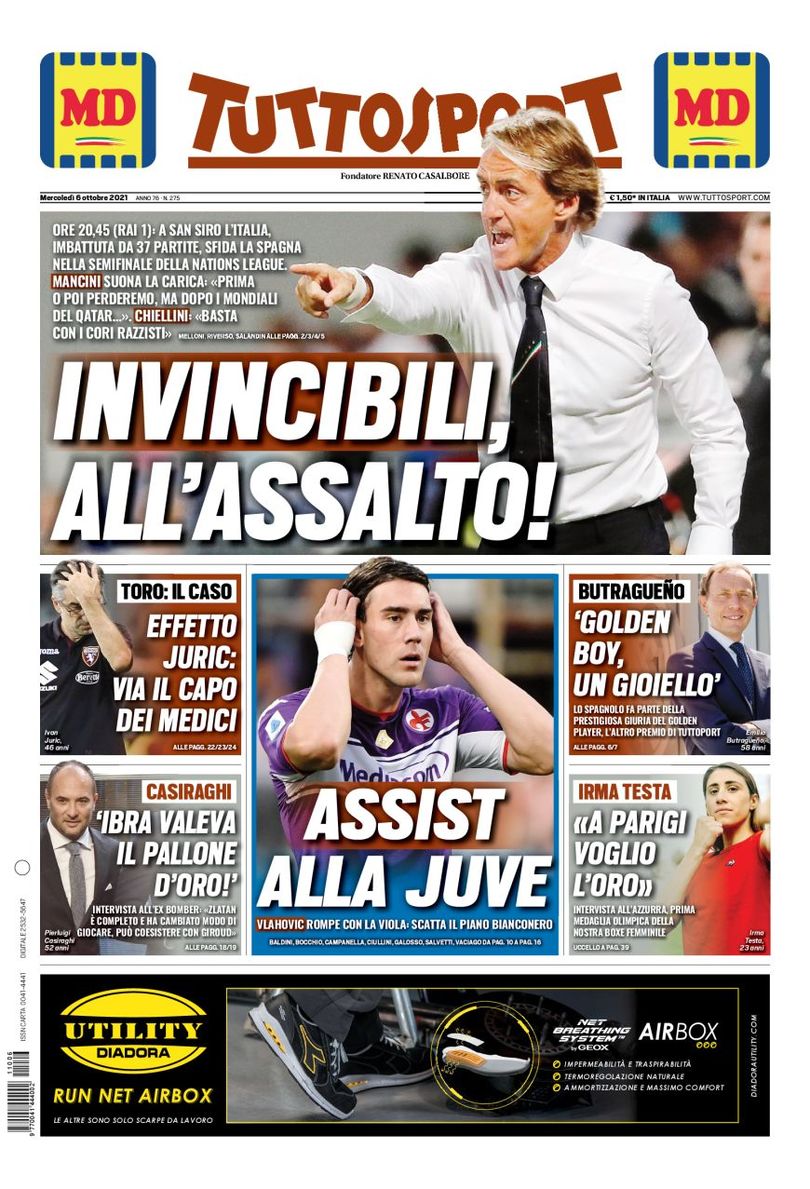 Invincibles on the attack!

Mancini fired up: ‘We’ll lose sooner or later, but after the World Cup in Qatar…’

Interview with the ex-hitman: ‘Zlatan is complete and changed the way of playing, he can co-exist with Giroud’

Spaniard is part of the prestigious jury for the Golden Player, another Tuttosport award