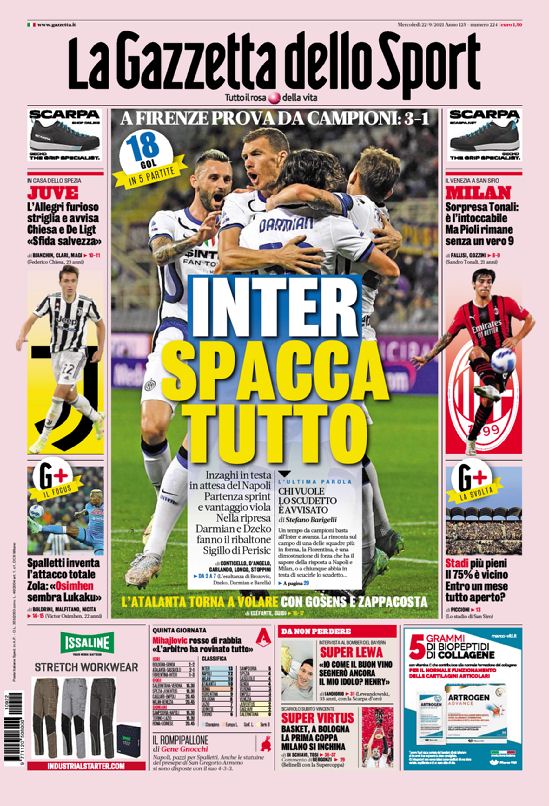 In Florence a performance worthy of champions: 3-1

After the break Darmian and Dzeko turn it around

Atalanta can fly again with Gosens and Zappacosta

Tonali surprise: he is untouchable

But Pioli remains without a real No 9

Within a month, everything open?

Mihajlovic sees red with rage: ‘The referee ruined everything’

Super Lewa: ‘I am like fine wine, I’ll keep scoring. My idol? Henry’ 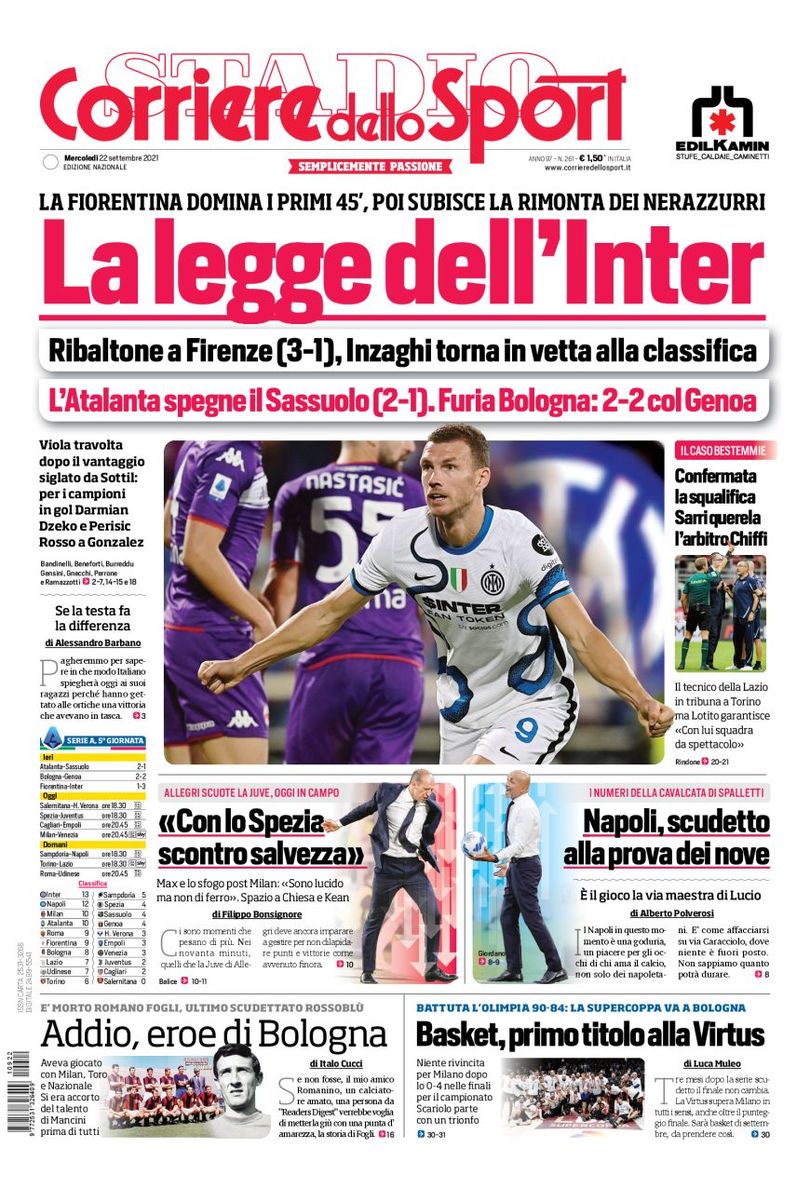 Turnaround in Florence (3-1), Inzaghi back on top of the table

Viola flattened after taking the lead with Sottil: Darmian, Dzeko and Perisic on target for the champions

‘It’s a battle for safety against Spezia’

Allegri shakes up Juve, on the field today

Max and the post-Milan rant: ‘I am sharp, but not made of iron’

Space for Chiesa and Kean

Numbers of Spalletti’s march to the top

Beautiful football is the lodestar for Lucio

Lazio coach goes to the tribunal in Turin, but Lotito guarantees: ‘The team will be spectacular with him’

Romano Fogli, the last man to win the Scudetto with the Rossoblu

He had also played for Milan, Toro and the Nazionale

He realised Mancini’s talent before anyone else 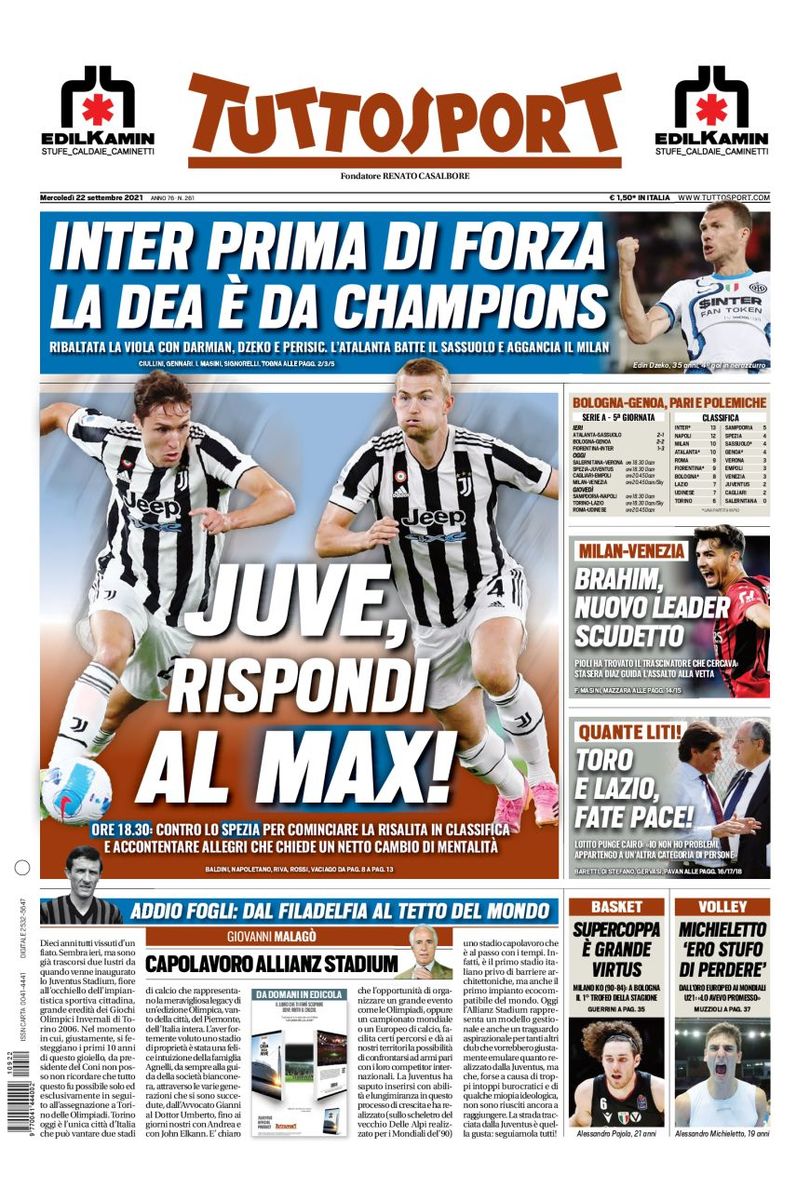 Juve, respond to the Max!

Against Spezia to start climbing back up the table and make Allegri happy, as he demands a clear change of mentality

La Dea are ready for the Champions League

Pioli has found the spark he was looking for, tonight Diaz leads the siege on top spot

Lotito snipes at Cairo: ‘I have no problems, I am of a different level’

Goodbye Fogli: from the Filadelfia to the top of the world