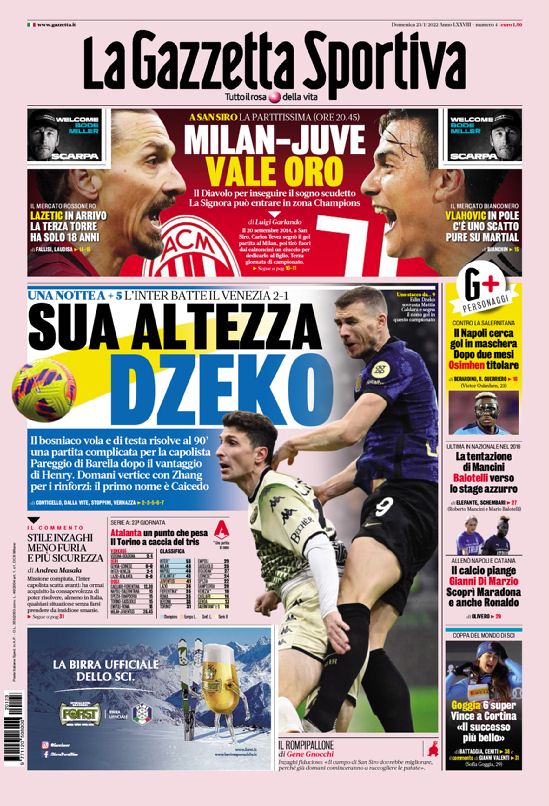 Tomorrow summit with Zhang to discuss reinforcements: the first name is Caicedo

Atalanta, a point that means a lot

Milan-Juve worth its weight in gold

Diavolo to chase the Scudetto dream

Old Lady to get back into the Champions League zone

Lazetic on the way, third striker is only 18

Vlahovic in pole position, but Bianconeri also go for Martial

Napoli seek a masked goal, Osimhen back from the start after two months

He will face Salernitana

He coached Napoli and Catania 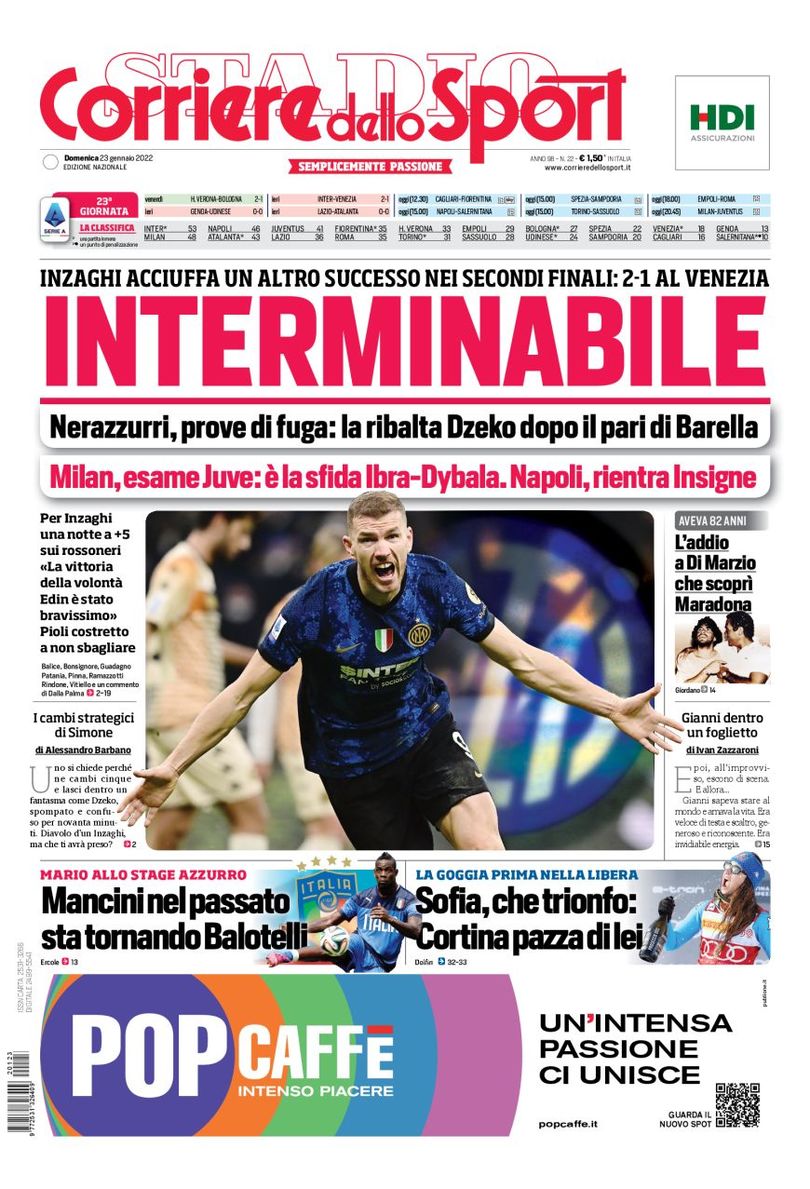 Inzaghi snatches another success in the final seconds: 2-1 against Venezia

Nerazzurri try to break away: Dzeko overturns after Barella equaliser

For Inzaghi a night at +5 over the Rossoneri: ‘Victory of will, Edin was wonderful’

Mancini looks to the past, Balotelli is coming back

Mario in the Azzurri get-together 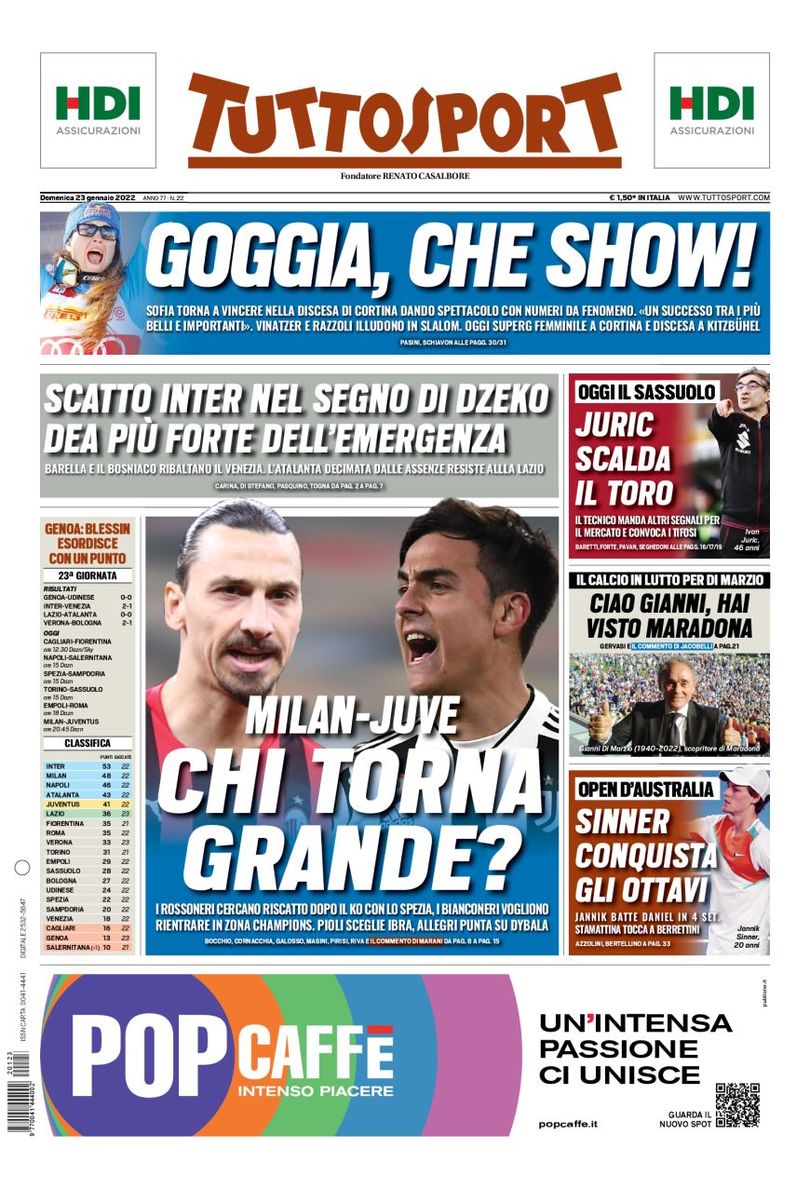 Milan-Juve, who will be great again?

Rossoneri seek fightback after KO with Spezia, Bianconeri want to get back into the Champions League zone

Inter surge in the name of Dzeko

Dea stronger than their emergency

Barella and the Bosnian overturn Venezia

Genoa: Blessin debuts with a point