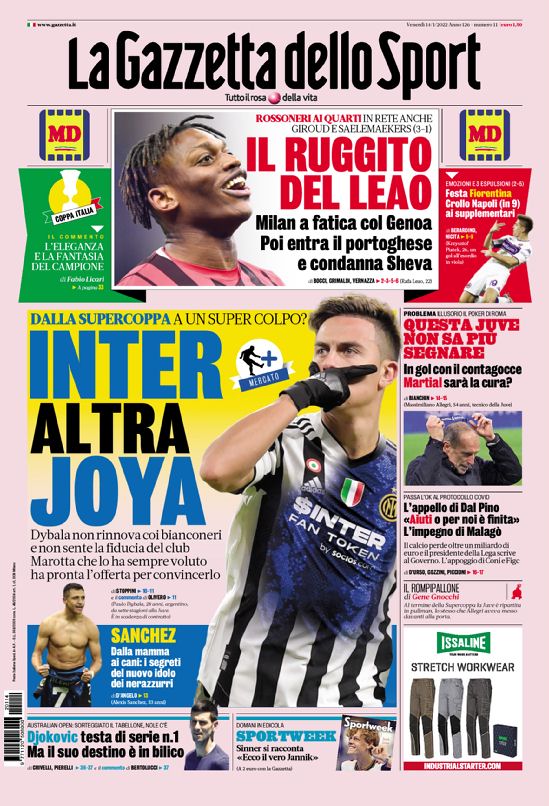 From the Supercoppa to a super coup?

Marotta always wanted him and has a convincing offer ready

From his Mum to dogs: secrets of new Nerazzurri idol

Roar of the Leao

Rossoneri into the quarter-finals, Giroud and Saelemaekers also on target (3-1)

Milan struggle with Genoa, then the Portuguese comes on and dooms Sheva

Napoli collapse (with 9) in extra time

This Juve doesn’t know how to score

Drip feed of goals, will Martial be the cure?

Dal Pino appeal: ‘Help or it’s over for us’

Football losing over €1bn and Lega President writes to the Government

CONI and FIGC lend their support 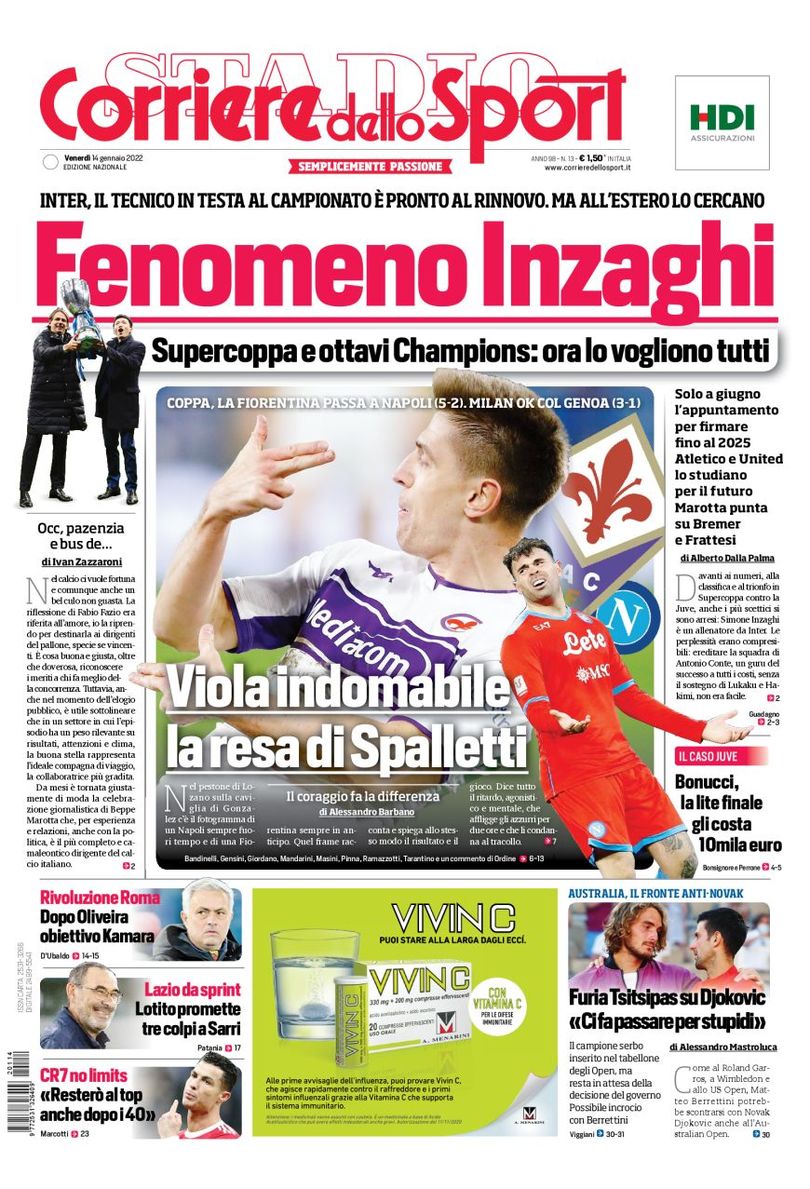 Inter, coach top of the table is ready to sign a renewal, but they want him abroad

Supercoppa and Champions League Round of 16: now everyone wants him

Atletico and Manchester United study him for the future

Marotta focused on Bremer and Frattesi

Coppa, Fiorentina win away to Napoli (5-2)

CR7 no limits: ‘I will stay at the top even after turning 40’ 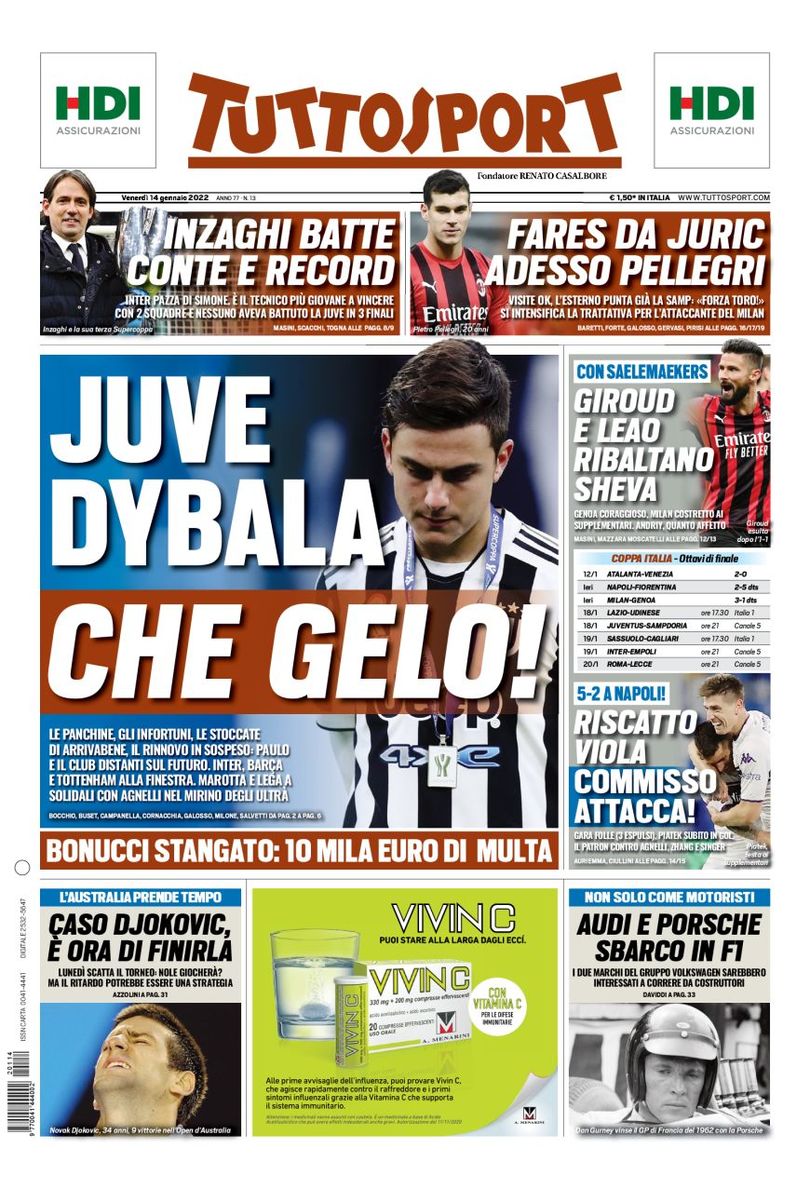 Left on the bench, injuries, Arrivabene’s sniping, renewal suspended: Paulo and the club are distant on the future

Marotta and Lega solidarity with Agnelli, targeted by the ultras

Inter crazy about Simone, he is the youngest coach to win with two clubs and nobody had beaten Juve in three finals

Negotiations intensify for the Milan striker