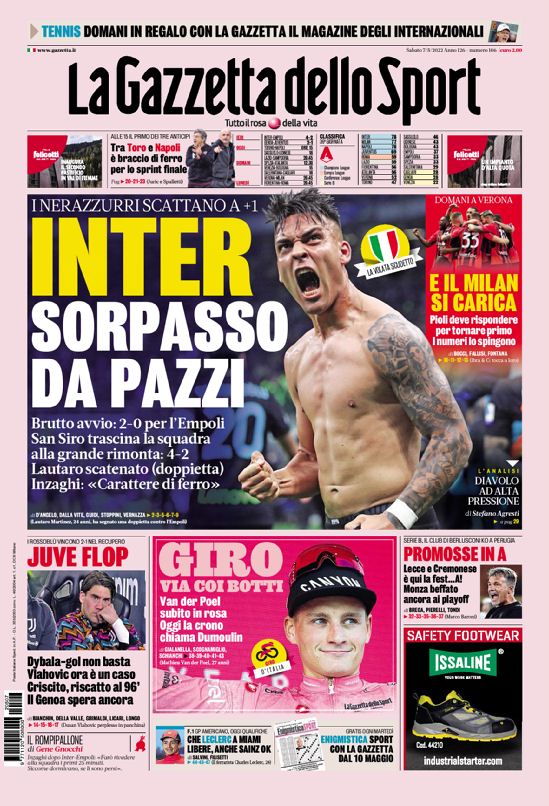 San Siro inspires the squad to a great comeback: 4-2

And Milan are fired up

Pioli must respond to recapture top spot, the statistics push them on

Vlahovic is now a problem

Criscito, revenge at the 96th and Genoa can still hope

Promoted to Serie A

Lecce and Cremonese can celebrate

Tug of war between Toro and Napoli for the final sprint 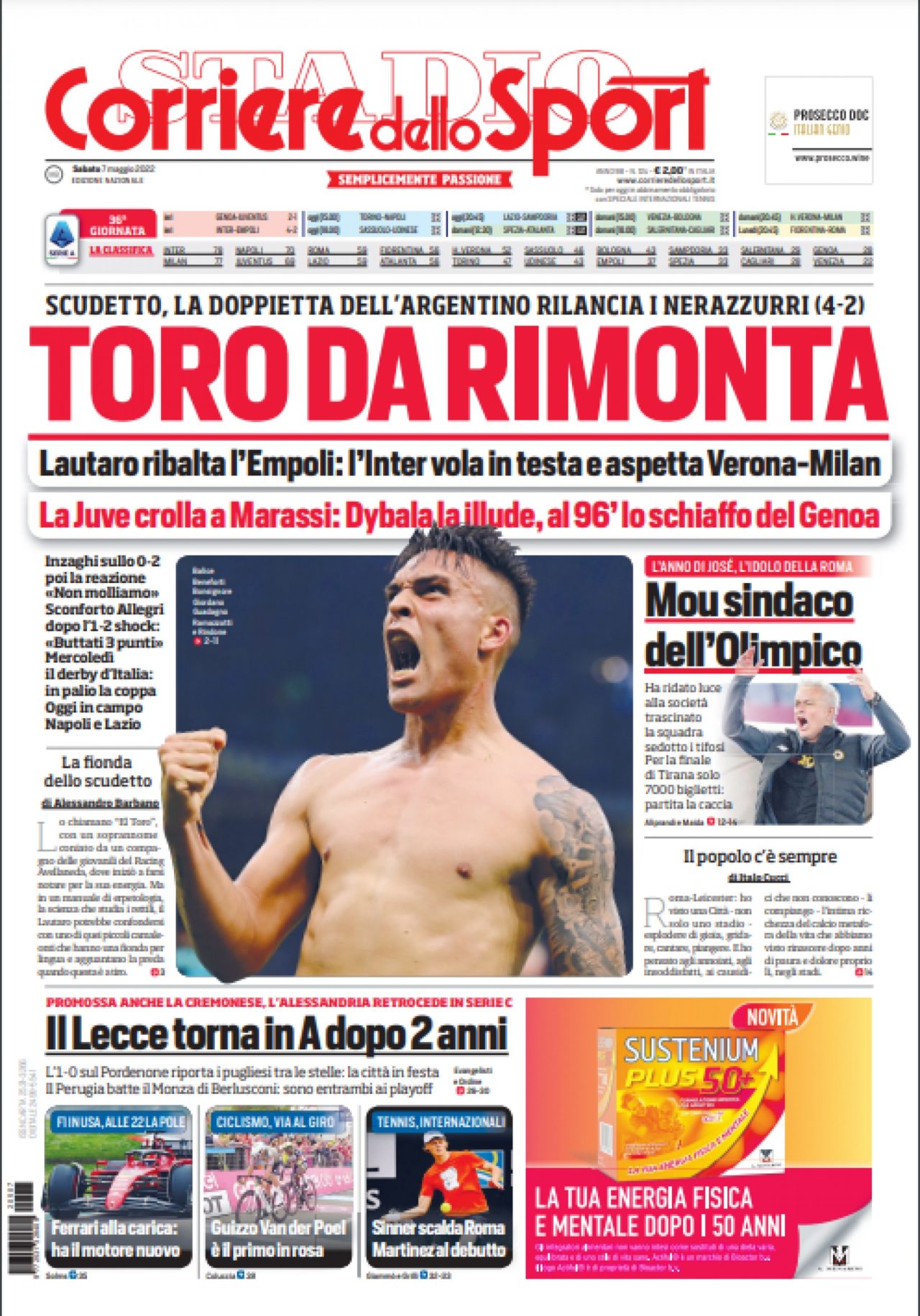 Juve crumble at Marassi: Dybala illusion, at the 96th a Genoa slap

Inzaghi’s side goes 0-2 down, then the reaction: ‘We don’t give up’

Today Napoli and Lazio take to the field

Mou Mayor of the Olimpico

The year of Jose, idol of Roma

He brought light back to the club, inspired the squad and seduced the fans

Only 7,000 tickets for the Final in Tirana, hunt is on

Lecce back in Serie A after two years

The 1-0 win over Pordenone brings the Pugliesi back among the stars: city celebrates

Perugia beat Berlusconi’s Monza: both are in the play-offs 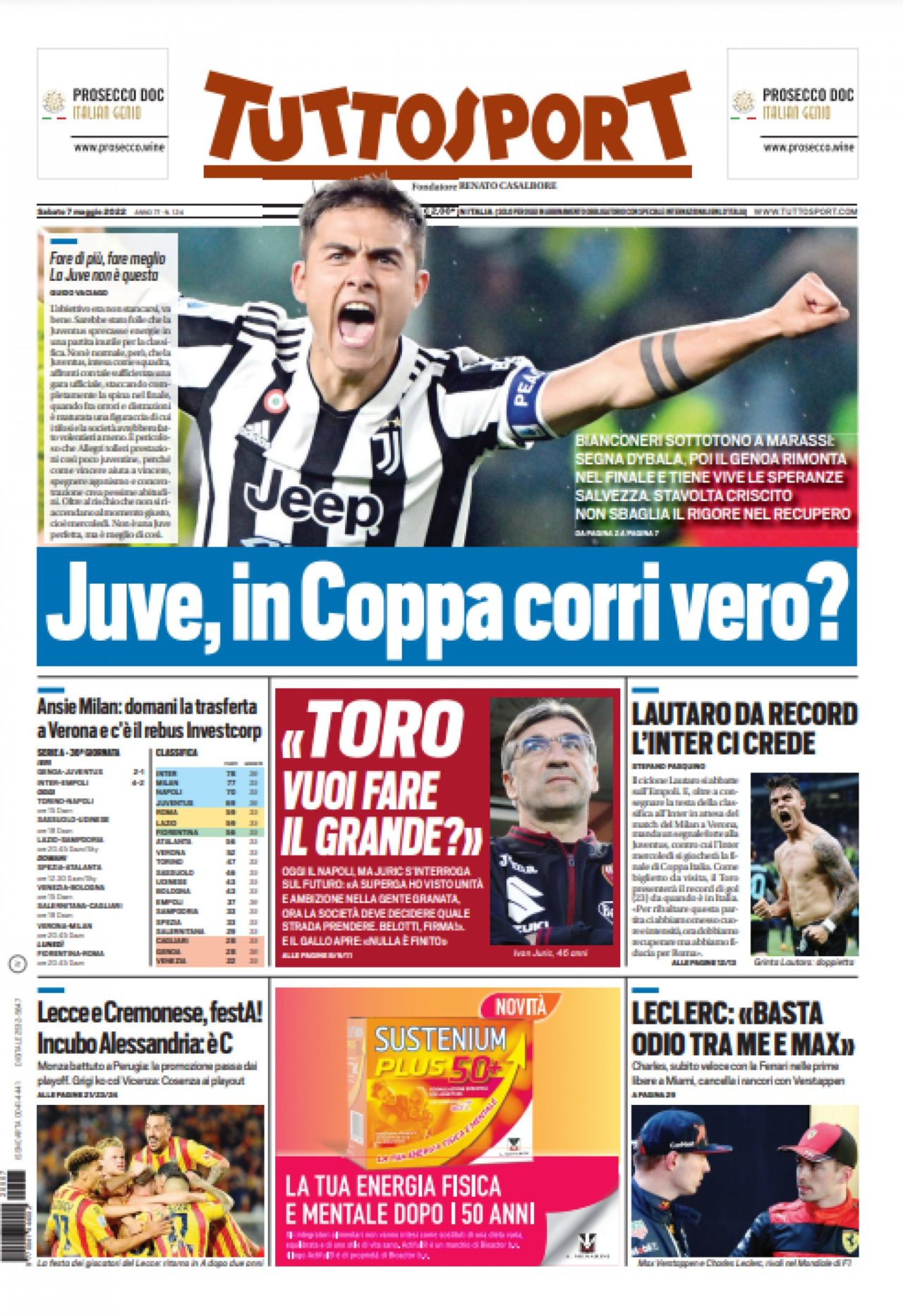 Bianconeri below par at Marassi

This time Criscito doesn’t miss the penalty in stoppages

Milan anxiety: tomorrow the trip to Verona and there’s the Investcorp mystery

Napoli today, but Juric is asking questions about the future

‘At Superga I saw unity and ambition of the Granata fans, now the club must decide what path to take. Belotti, sign!’

Gallo opens the door: ‘Nothing is finalised’

Lecce and Cremonese celebrate Serie A!

Monza beaten in Perugia, promotion must go through the play-offs

Grigi KO with Vicenza: Cosenza into the play-outs