TODAY’S PAPERS – INTER AND JUVE ARE SPRINTING FOR MAX 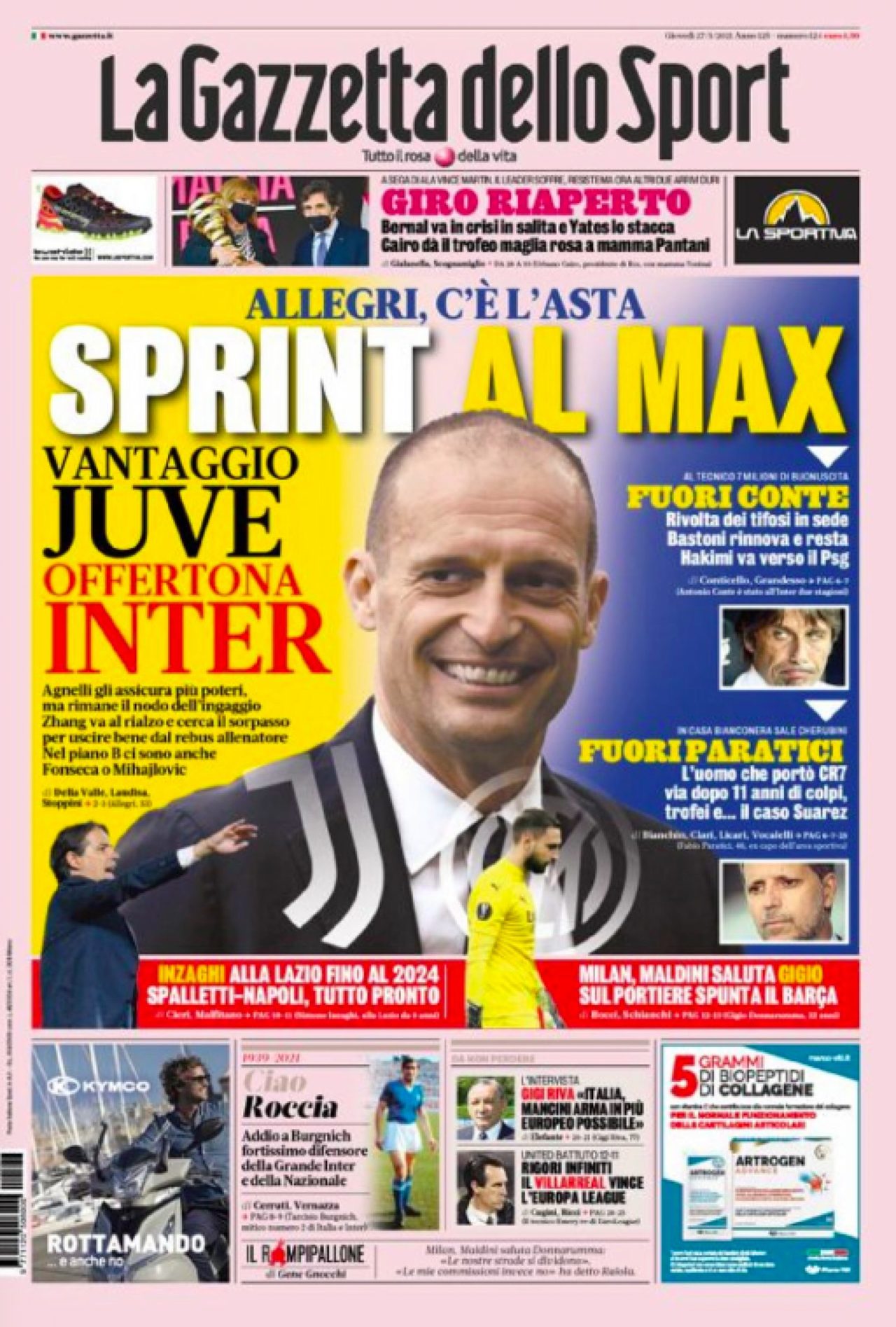 Agnelli assures him more power, but the knot of the salary remains

Zhang tries to surpass Juve to get out of the coach puzzle in the best way, the Plan B includes Fonseca or Mihajlovic

Fans react at the headquarter

The man who brought CR7 leaves after 11 years of signings, trophies and… the Suarez case

Inzaghi at Lazio until June 2024

Milan, Maldini says goodbye to Gigio, Barcelona are in for the goalkeeper

Ciao Roccia, farewell to Bargnich, a very strong defender of the Grande Inter and the national team

Gigi Riva: “Italia, Mancini has the strength, it’s possible to win the Euros” 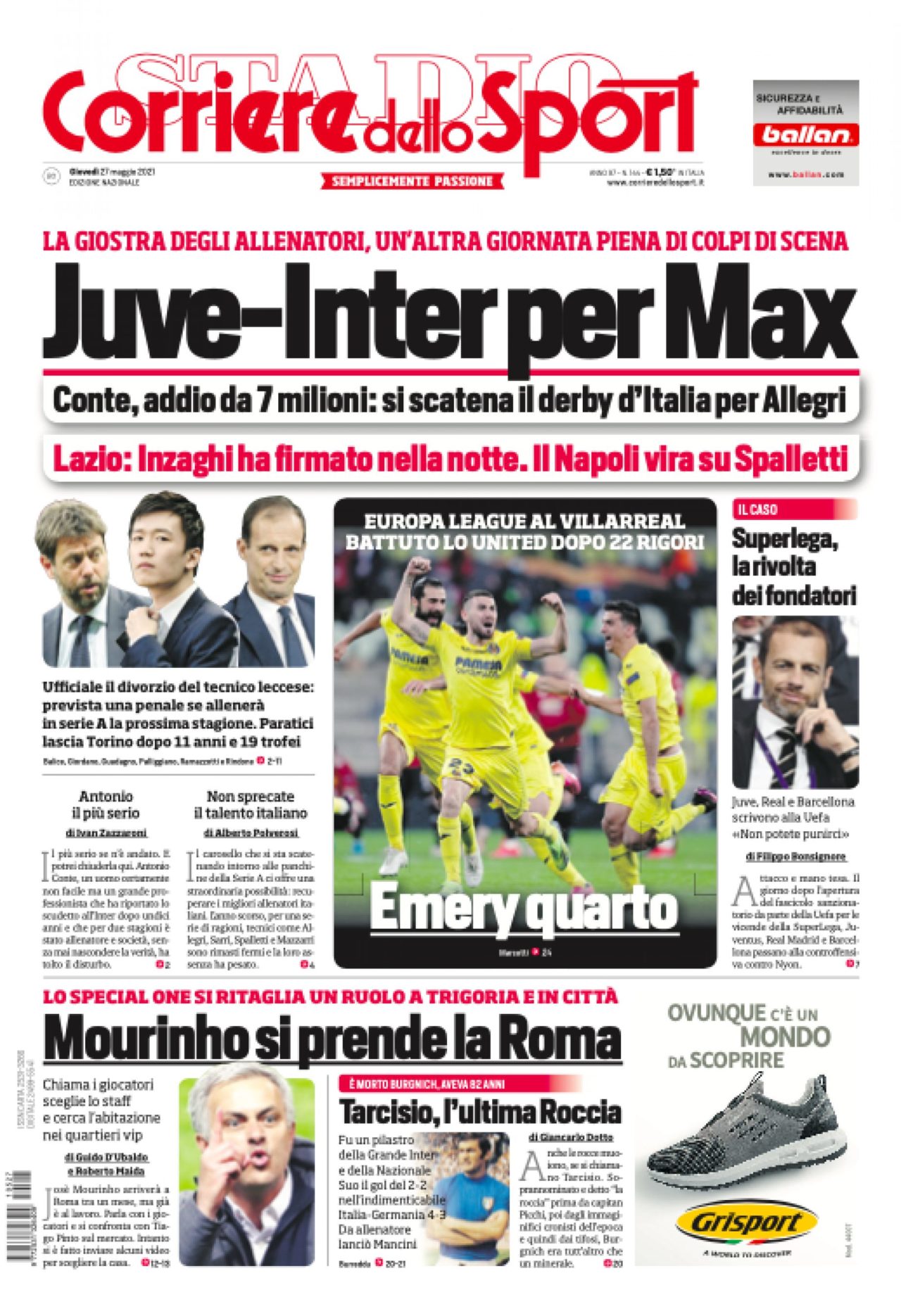 The carousel of coaches, another day full of twists

Conte, a €7m farewell: there’s the Derby d’Italia for Allegri

The divorce with the coach from Lecce is official: a penalty is foreseen if he coaches in Serie A next season

Lazio: Inzaghi has signed during the night. Napoli close to Spalletti

Superlega, the revolt of the founders

Juventus, Real Madrid and Barcelona write to UEFA: “You cannot punish us”

Calling the players, picking the staff and looks for houses in the VIP districts 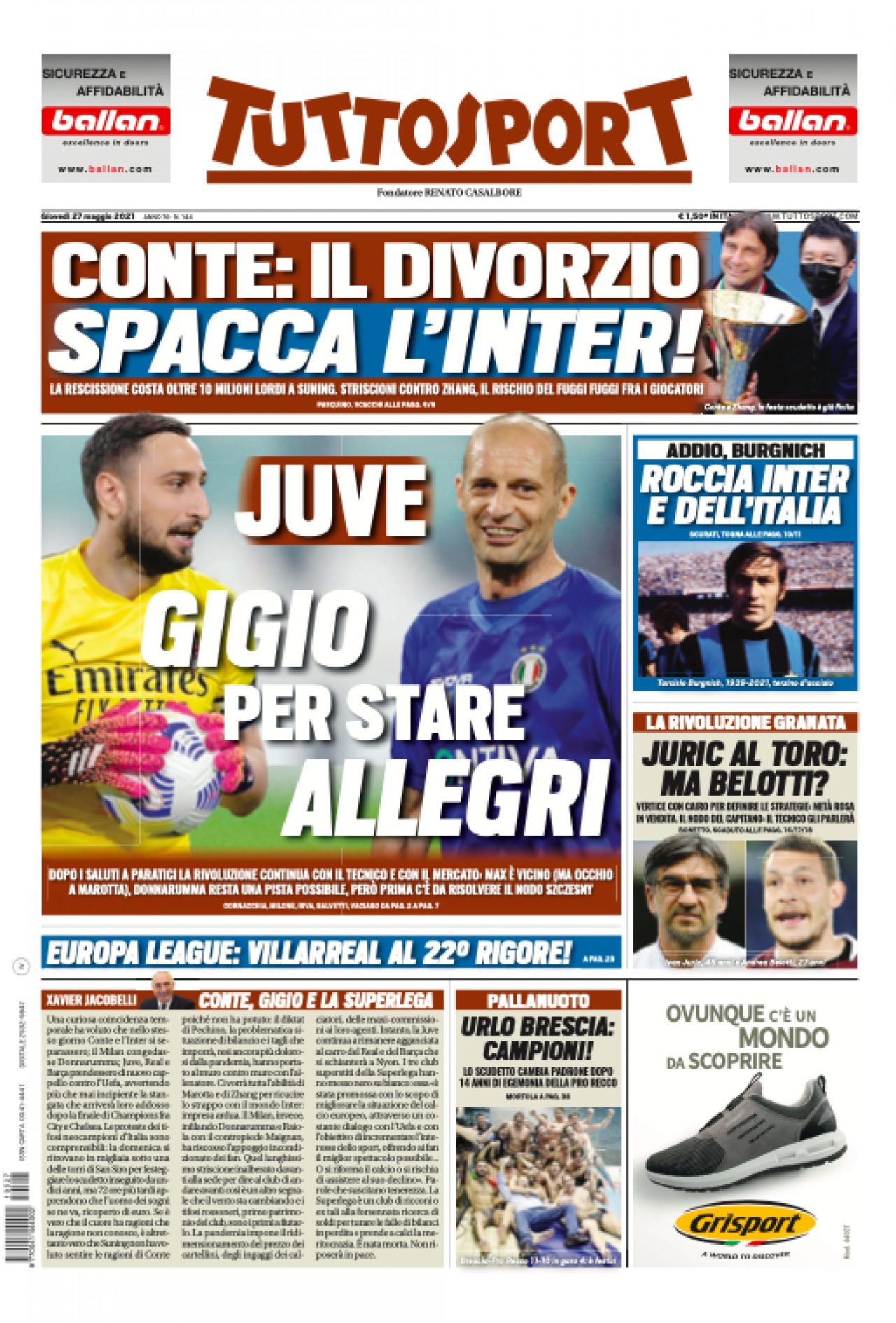 The farewell costs Suning €10m, the banners against Zhang, and the risk of players abandoning

Juve, Gigio to be merry

After Paratici’s farewell, the revolution continues with the coach and the transfer market. Max is close (but watch out for Marotta), Donnarumma remains a possibility, but Szczesny’s situation must be solved first

The Rock of Inter and Italy

The revolution at the Granata: Juric to Torino, but Belotti?