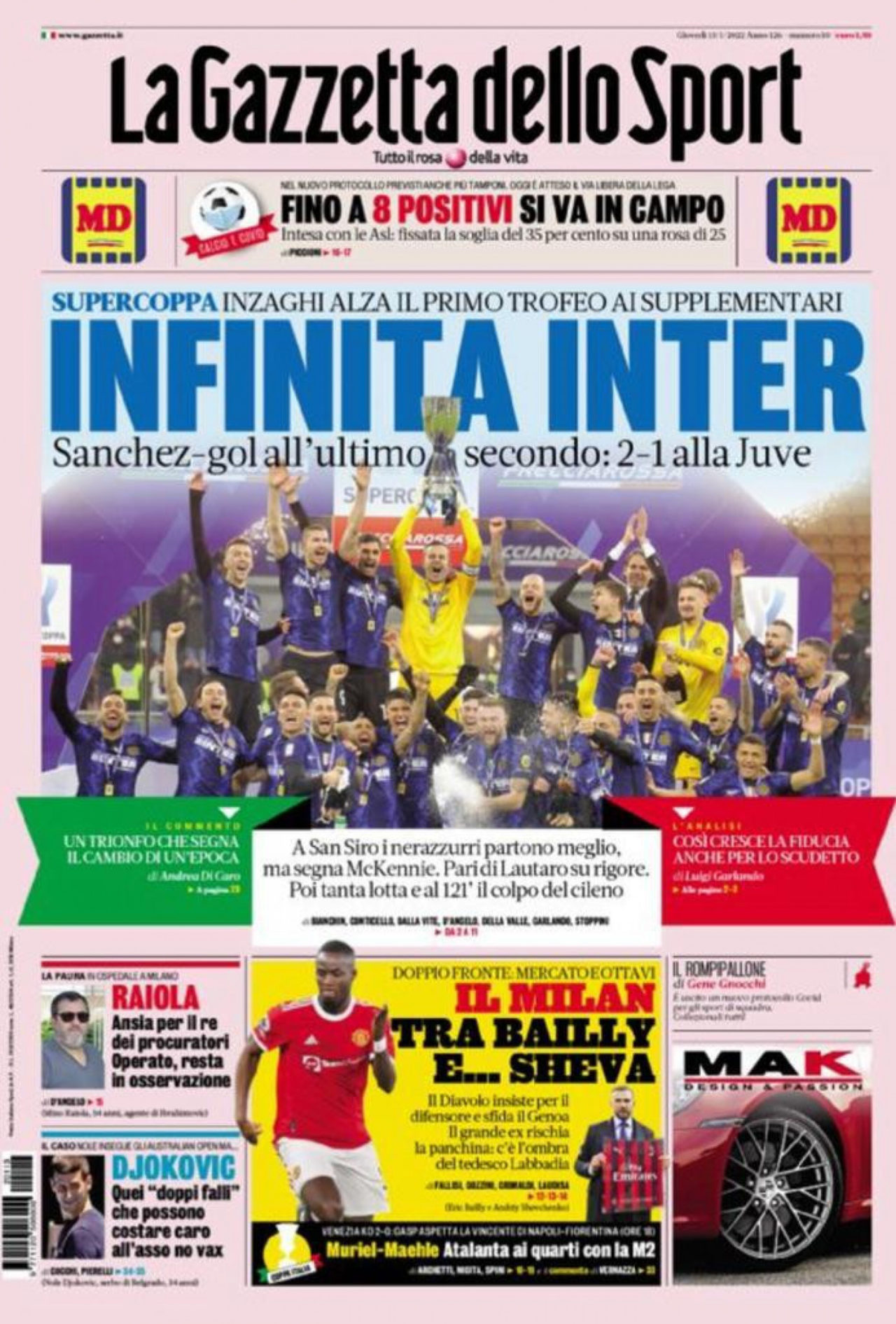 Sanchez goal at the last second: 2-1 past Juve

Lautaro equaliser from the spot

Then a real battle and at the 121st the Chilean strikes

Milan between Bailly and… Sheva

The great ex risks losing his job: there’s the shadow of German Labbadia

Muriel-Maehle, Atalanta into the quarter-final with M2

Anxiety for the king of the agents, remains under observation after surgery

On the pitch with up to eight positive players

In the new protocol, plan for more swabs

Today all-clear from the Lega

Agreement with ASL: the limit is set at 35 per cent of a 25-man squad 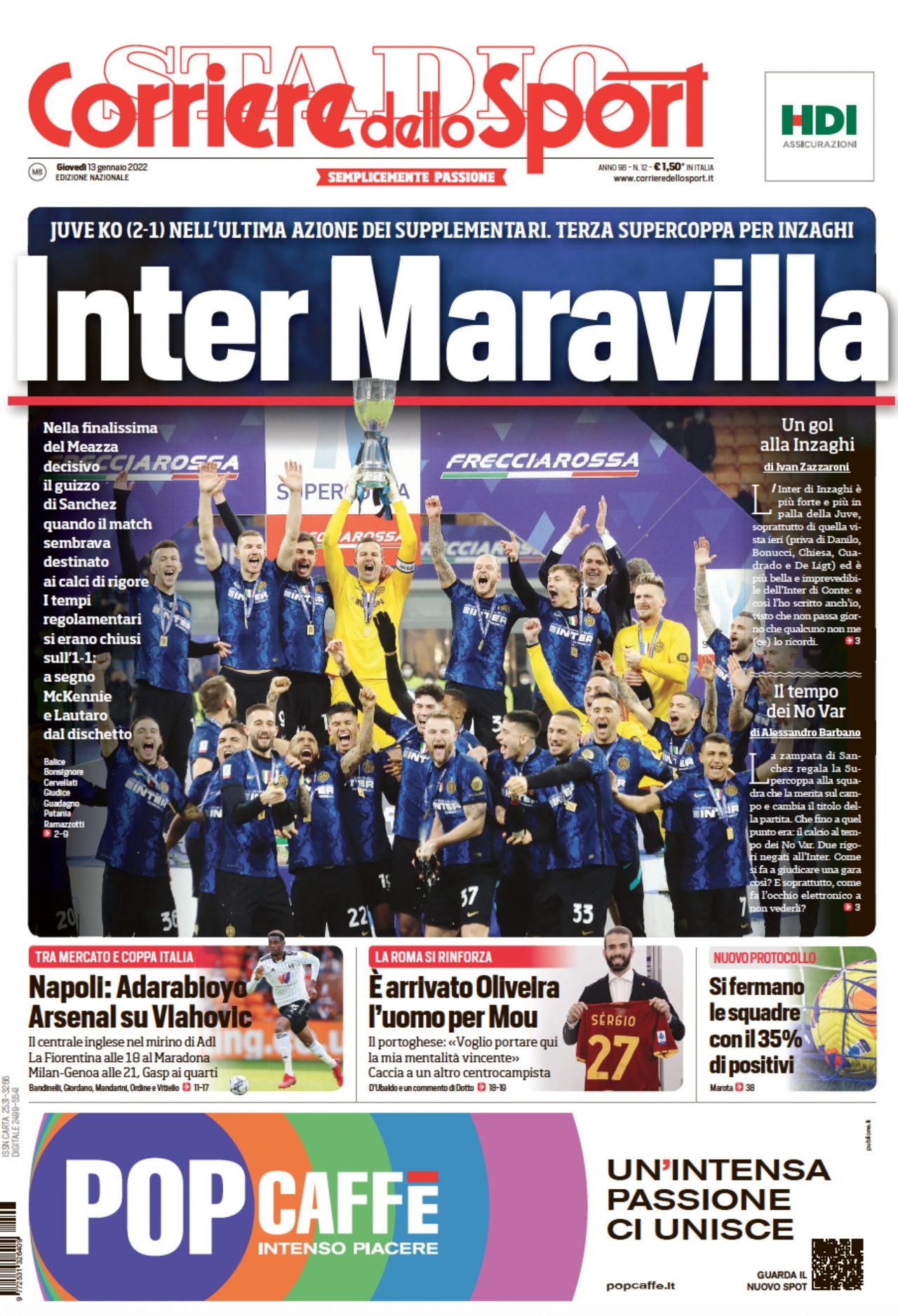 It had been 1-1 after normal time: McKennie and Lautaro’s spot-kick on target

English centre-back a target for ADL

Fiorentina at the Maradona in the Coppa Italia

Milan-Genoa, Gasp already in the quarter-final

Oliveira has arrived, the man for Mou

Portugal international: ‘I want to bring my winning mentality here’

Roma hunt for another midfielder 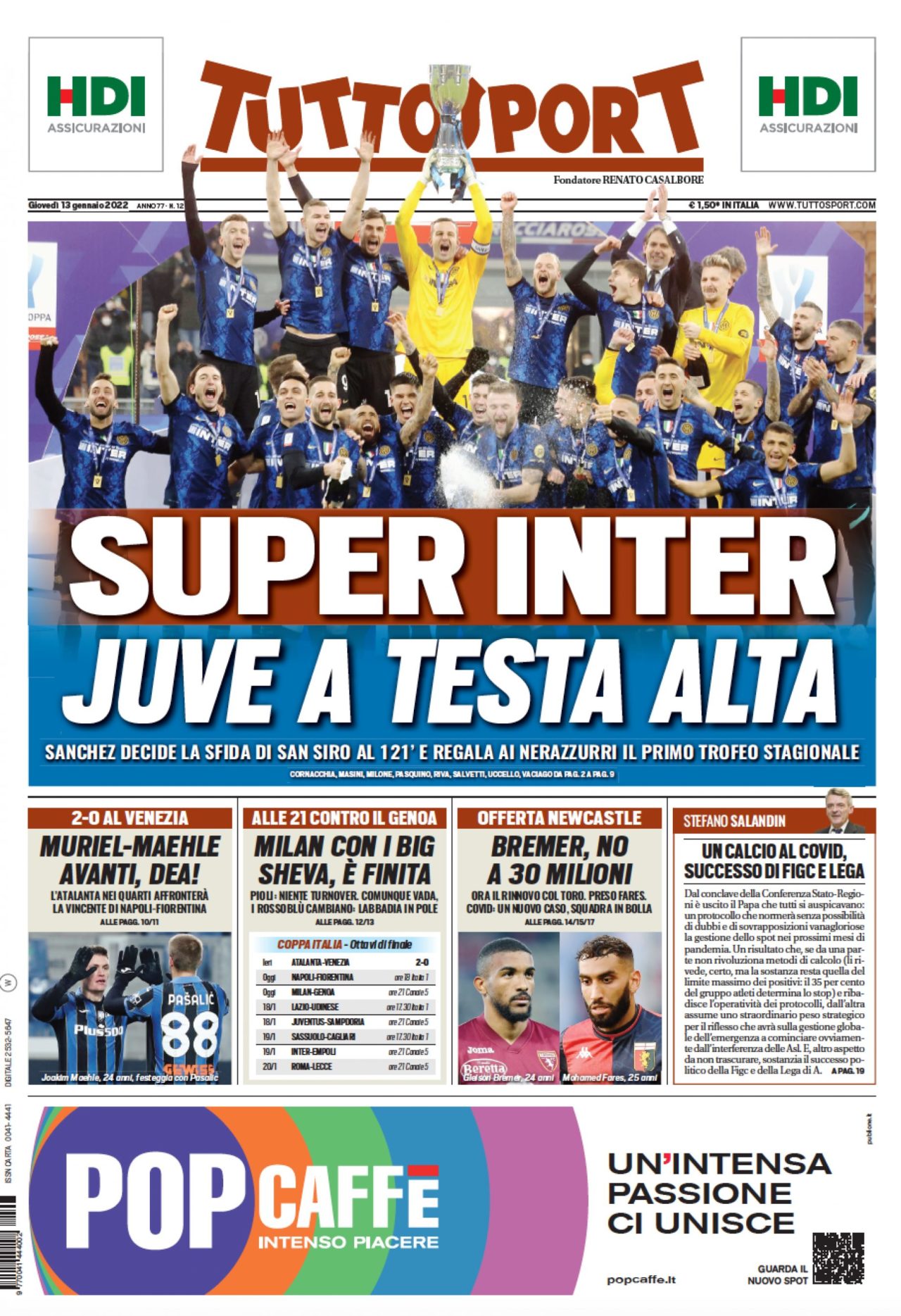 Milan with the big names against Genoa

Whatever happens, the Rossoblu will change coach: Labbadia in pole position

COVID: another new case, squad in a bubble