Today’s Papers – Finally some Joya, catch me if you can 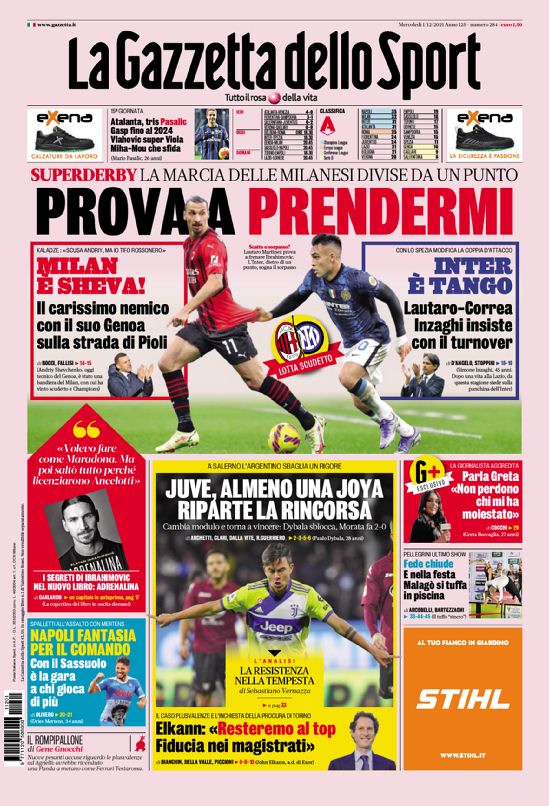 Catch me if you can

Superderby, the Milanese clubs divided by a point

Their dear friend and his Genoa on Pioli’s path

Kaladze: ‘Sorry Andriy, but I am cheering on the Rossoneri’

The front two modified against Spezia

Juve, at least some Joya and the comeback begins

Argentine misses a penalty in Salerno

Change of system and return to victory: Dybala opens, Morata for 2-0

Elkann: ‘We will stay at the top. Trust in the magistrates’

Plusvalenze issue and inquest in Turin

‘I wanted to be like Maradona, but it all went wrong when they sacked Ancelotti’

Spalletti on the attack with Mertens

Greta speaks: ‘I won’t forgive those who molested me’

Journalist who was sexually harassed 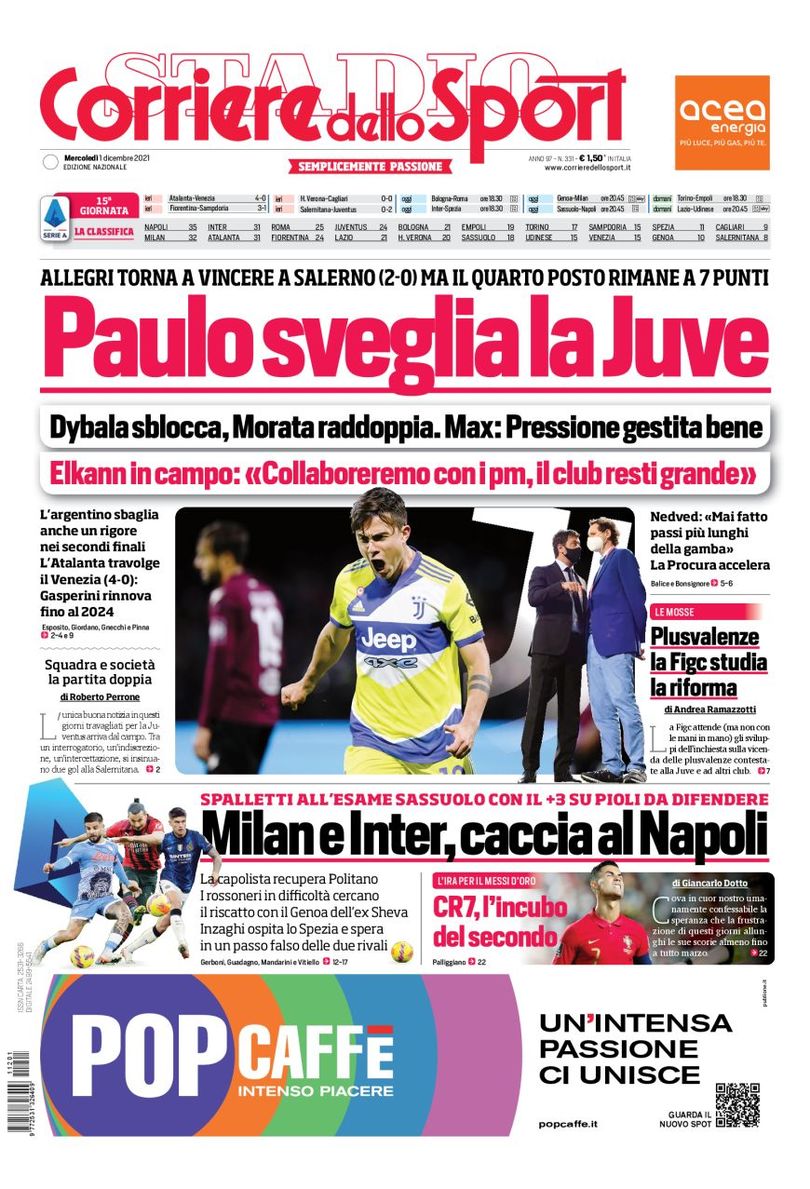 Allegri back to winning ways in Salerno (2-0), but fourth place remains seven points away

Elkann: ‘We will collaborate with the magistrate, the club will remain big’

Argentine also misses a penalty in the final seconds

Nedved: ‘We never over-stretched ourselves’

Milan and Inter, hunt for Napoli

Spalletti faces Sassuolo test with his +3 over Pioli to defend

The leaders get Politano back

Inzaghi hosts Spezia and hopes for their rivals to slip up

CR7, the nightmare of coming second 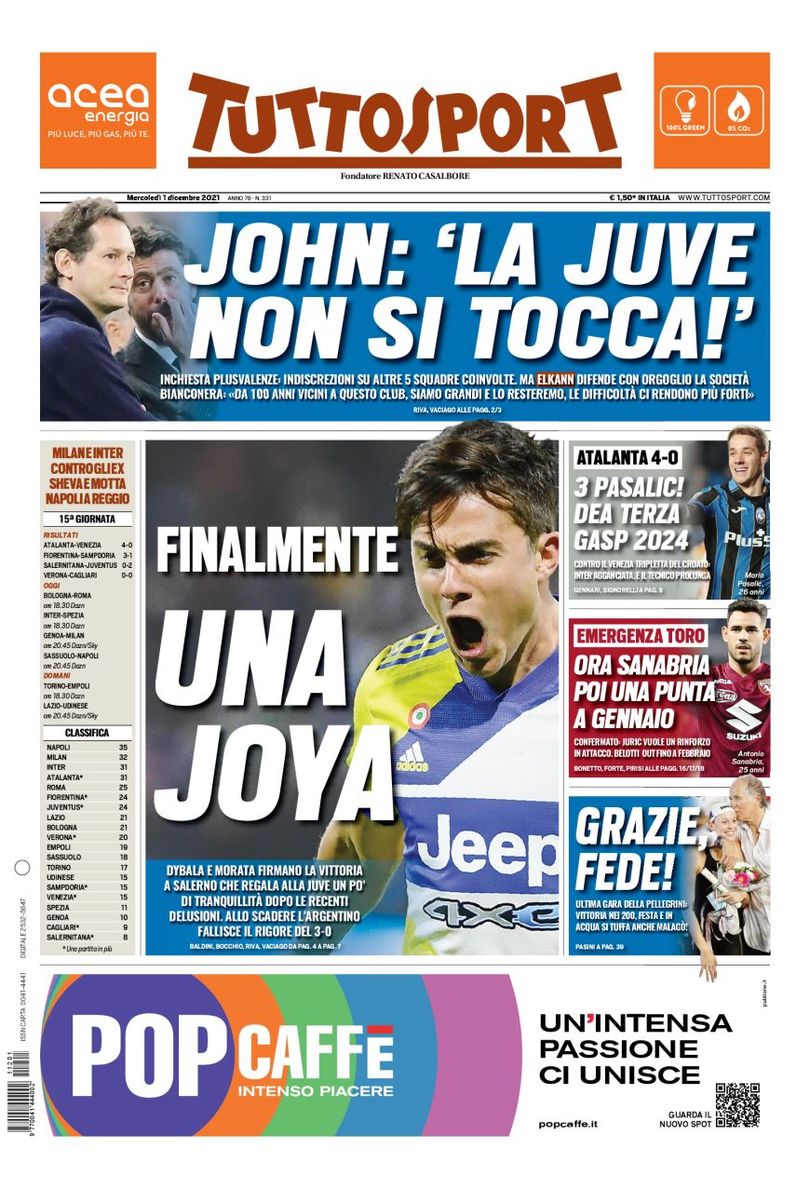 In stoppages the Argentine misses a penalty for 3-0

Plusvalenze investigation: rumours on another five clubs involved, but Elkann defends the Bianconeri with pride

‘We’ve been close to this club for 100 years, we are great and will remain so, difficulties just make us stronger’

Milan and Inter against the exes Sheva and Motta

Now Sanabria, then a striker in January

Belotti out until February